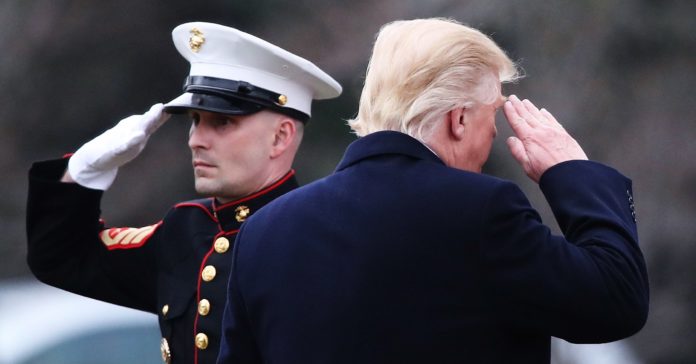 Despite two failed attempts in as many years, President Trump has not been moved to change his tactics. At least not when it comes to this year’s federal budget request, a $4.75 trillion spending plan that guts domestic programs and federal scientific research in favor of boosting the US military and building a wall along the Mexican border.

For the third straight year, Trump has proposed big cuts to domestic programs—5 percent to most agencies. In each of the previous two years, Congress has restored most of the money. Some agencies even got more. Yet the White House appears to think that this year, despite the Democrats wresting control of the House of Representatives, that strategy just might work.

Trump’s 2020 budget, released on Monday, would slash the National Science Foundation by $1 billion, a 12 percent reduction to an agency that serves as the grant-making backbone for tens of thousands of scientists nationwide. The NSF provides one-quarter of federal science funding and focuses on researchers working in computer science, engineering, mathematics, and social sciences. It also funds the purchase of large-scale scientific instruments such as supercomputers and particle accelerators, and operates US research outposts in Antarctica.

Trump’s budget would slash the National Institutes of Health by $5 billion, a 13 percent cut, and the Environmental Protection Agency would shrink by one-third. The EPA’s science and technology programs would lose 40 percent, while research on climate change science would drop from $95 million to $32 million.

Science advocacy groups called Trump’s budget blueprint short-sighted, because scientific research creates both jobs and knowledge. “It shocks me that we are cutting things like STEM education, and even reductions for the NSF,” says Andrew Rosenberg, a former NOAA official and now director of the Union of Concerned Scientists’ Center for Science and Democracy. “We would expect continued attacks on the EPA because that’s how this administration rolls. But they are cutting basic science across the board and doing some really bad stuff with grants.”

Rush Holt, a former member of Congress and now executive director of the American Association for the Advancement of Science, said the budget proposal “would derail our nation’s science enterprise.”

For space fans, the White House’s document isn’t as dire. By delaying NASA’s Space Launch System, a heavy-lift rocket that has been over-budget and behind schedule for several years, NASA will shift money to a small moon-orbiting station called the Lunar Gateway along with funding commercial lunar landers.

NASA’s overall budget shrinks by only 2 percent, or $21 billion overall. Gone are the Wide Field Infrared Survey Telescope (WFIRST), a space observatory that was expected to launch in the mid-2020s, the Office of STEM Engagement, and two earth science satellites. (Trump also tried to kill off those climate-related missions in his previous two budget proposals.)

NASA administrator James Bridenstine addressed employees in a teleconference this morning, focusing on the agency’s renewed effort to send spacecraft and astronauts to the moon in the next few years. “The moon is the proving ground,” Bridenstine said from Kennedy Space Center. “Mars is the horizon goal, and it requires an all-of-the-above approach.”

That statement made Bob Richards, CEO of Moon Express, pretty happy. Moon Express is building a spacecraft to land on the moon that can fit on any rocket. It is meant to deliver instruments and rovers from scientists who want to know more about the lunar environment before astronauts get there. “We find ourselves both exhilarated and trying to keep up with NASA’s pace to get commercial contracts out to us,” Richards said from a hangar at Kennedy Space Center.

NASA will award the first of those contracts by June, and Richards hopes Moon Express will make the cut. “The moon is where commercial opportunities arise,” he added. “That’s where we see our business case.”

The political case for the White House to achieve big cuts to science agencies may not survive, however. Members of Congress tend to like science agencies, many of which have facilities and offices spread across congressional districts all over the country. Last year, Congress restored the Trump cuts and actually boosted research money above the previous year’s funding levels for the 2019 budget. The problem is that fighting over Trump’s cuts puts a lot of scientists and managers on hold for the next four or five months.

“There appears to be no recognition that you can’t take these kind of whacks out of the science budget and expect good results,” Rosenberg said. “Nobody knows what their actual funding will be.”