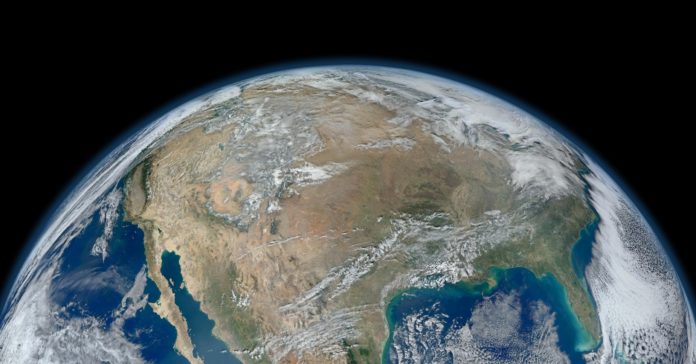 It sounds like a drastic course of action: inject stuff high into Earth’s atmosphere to reflect a little sunlight and help counteract global warming. Then again, injecting a bunch of greenhouse gas into the atmosphere and warming the planet was pretty drastic, too.

The key to thinking sensibly about this “solar geoengineering” is to avoid the extremes and consider the most plausible-use scenarios. That means we can ignore things like using solar geoengineering to cancel out all warming while still emitting as much CO2 as we please—it simply isn’t plausible.

There are a number of reasons to take it off the table. There’s the fact that the cooling influence of atmospheric injections is only temporary—quitting quickly reveals the full force of the warming you’re offsetting. There’s also the fact that this scheme only counteracts warming—the acidification of the oceans would continue apace. And for another example, the mismatch in physics between solar-geoengineering-driven cooling and greenhouse warming means that precipitation can decline even if temperature stays the same.

A new study from a team led by Harvard’s Peter Irvine targets that precipitation issue. Irvine’s team set out to see whether a more plausible geoengineering scheme might minimize negative impacts on the hydrologic cycle.

The scenario they used was a doubling of the concentration of CO2 in the atmosphere, which should cause a lot of warming. But instead, we respond by doing enough solar geoengineering to cut the resultant warming in half for a hundred years. There are ways to tailor the locations of your injections so that the tiny reflective aerosol particles in the stratosphere mix evenly around the world, which would be critical.

That means the authors were able to simply reduce incoming sunlight in climate models by an equivalent amount, which helped them avoid a potential complication: The 13 different models they used might simulate the chemical and physical behavior of atmospheric aerosol particles a little differently, adding an unwanted variable into the results.

In each model, simulations were run with and without solar geoengineering to see what effect it had on things like extreme rainfall events, the overall balance of rainfall vs. evaporation, and even hurricane strength. Globally, the simulated scenario has a straightforward effect on temperatures. By offsetting half the global warming, basically every location sees less warming. This also significantly reduces the steroid boost that warming gives to hurricanes and thus cuts their future strengths.

While global warming generally results in a wet-areas-get-wetter, dry-areas-get-drier pattern, the doubled CO2 simulation increases the global average precipitation by 3 percent. With solar geoengineering, that number dropped to 0.5 percent. It’s not an overall reduction—it’s a smaller increase.

Particularly where precipitation is concerned, however, the local changes seen in these models matter—if one region sees a benefit from geoengineering and another region sees extra harm, everybody in both regions will want to know about it. But in these models, the picture isn’t much different on the local level. Only 0.4 percent of the world’s ice-free land area sees a statistically significant precipitation decline with solar geoengineering. Roughly 25 to 45 percent of land area (depending on which aspect of precipitation you check) sees a small increase.

It could very well be that, on closer consideration, offsetting half of our future warming isn’t the optimal scenario, but this does suggest we could do a lot of solar geoengineering without significant side effects on precipitation.

Many climate scientists are staunchly opposed to—or at least deeply skeptical of—the concept of solar geoengineering. As a result, research like this always results in some lively discussion. But proponents of the research argue that we can’t debate something we don’t understand, and constructive debate should focus on plausible scenarios rather than the most extreme “what if?” that you can imagine.

Everyone agrees that the only real solution is to eliminate greenhouse gas emissions, but what if we don’t do that fast enough and there’s an additional option open? Studies like this clarify what a hypothetical back-up plan might entail.