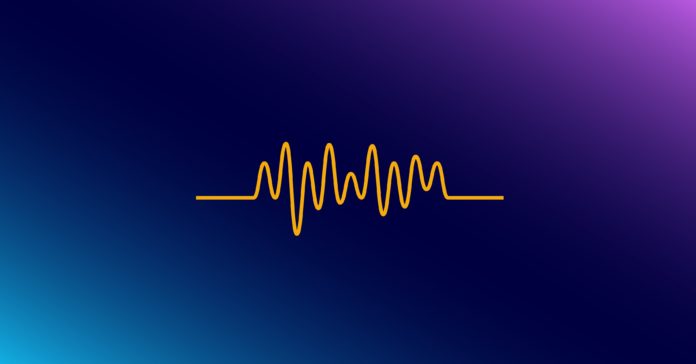 Boot up the options for your digital voice assistant of choice and you’re likely to find two options for the gender you prefer interacting with: male or female. The problem is, that binary choice isn’t an accurate representation of the complexities of gender. Some folks don’t identify as either male or female, and they may want their voice assistant to mirror that identity. As of now, they’re out of luck.

But a group of linguists, technologists, and sound designers—led by Copenhagen Pride and Vice’s creative agency Virtue—are on a quest to change that with a new, genderless digital voice, made from real voices, called Q. Q isn’t going to show up in your smartphone tomorrow, but the idea is to pressure the tech industry into acknowledging that gender isn’t necessarily binary, a matter of man or woman, masculine or feminine.

The project is confronting a new digital universe fraught with problems. It’s no accident that Siri and Cortana and Alexa all have female voices—research shows that users react more positively to them than they would to a male voice. But as designers make that choice, they run the risk of reinforcing gender stereotypes, that female AI assistants should be helpful and caring, while machines like security robots should have a male voice to telegraph authority. While this isn’t the first attempt to craft a gender-neutral voice, with Q, the thinking goes, we can not only make technology more inclusive but also use that technology to spark conversation on social issues.

The team began by recording the voices of two dozen people who identify as male, female, transgender, or nonbinary. Each person read a predetermined list of sentences. “At that point, we didn’t know if we were going to layer the voices, so we needed the same sentence in the same tempo as close as we could get it,” says sound designer Nis Nørgaard. By merging the voices together, they might be able to create some kind of average. “But that was too difficult,” he says.

Instead, Nørgaard zeroed in on one person’s voice, which registered somewhere between what we’d consider masculine or feminine. That comes down largely to frequency, or pitch: Men tend to have a larger vocal tract, which produces a lower-sounding timbre. But there’s a sweet spot between 145 and 175 hertz, a range that research shows we perceive as more gender-neutral. Go higher and you’ll perceive the voice as typically female; go lower and it becomes more masculine. You can try it out for yourself in this interactive by dragging the bubble up and down to change the frequency of the voice.

Nørgaard started to tweak that one sweet-spot voice. “It was really tricky, because your brain can tell if the voice has been pitched up and down,” he says. “It was difficult to work with these voices without destroying them.”

Nørgaard created four variants, which the team then sent to 4,500 people in Europe. One voice stuck out to the survey participants. “People were saying, ‘This is a neutral voice. I can’t tell the gender of this voice,’” Nørgaard says. “In the beginning, I was like, this is going to be difficult. But when we got feedback from these 4,500 people, I think we nailed it, actually.” That voice became the basis for Q.

Q, then, can now literally give a voice to the voiceless in modern technology. “I think it’s really important to have representation for trans people when it comes to not only AI, but voices in general,” says Ask Stig Kistvad, a trans man who lent his voice to the project. “It’s a new thing in the last three to five years, that trans people are actually represented in popular culture.” It’s only natural, Kistvad says, that some developers eventually embrace them, too.

This is particularly important when it comes to voice assistants, a market that’s projected to grow by 35 percent a year until at least 2023. “It’s going to become an increasingly commonplace way for us to communicate with tech,” says Project Q collaborator Julie Carpenter, a research fellow with the Ethics and Emerging Sciences Group, which explores the social issues around technology. “Naming a home assistant Alexa, which sounds female, can be problematic for some people, because it reinforces this stereotype that females assist and support people in tasks.”

To be fair, tech companies aren’t necessarily in the business of maliciously excluding voices that don’t neatly align with the male-female binary. But they most certainly have the power to develop something like a genderless voice, and at the very least, they can start thinking harder about the voices their products default to using. Maybe they think anything outside the “norm” would be too distracting for a product that’s utilitarian in nature (ask question, get answer). “But one thing we can do is push what the norm is,” says Anna Jørgensen, a linguist who worked on Project Q. “And we should do that.”

Now’s a good time, because things are about to get a whole lot more complicated as sophisticated social robots proliferate. Research has shown, for example, that people judge security robots to be more masculine, while those same robots seem more feminine when they are programmed to serve a less authoritative guidance role. What if we start confronting those biases, both by toying with the physical form of robots as well as their voices?

It won’t be easy, because our brains are culturally programmed for a world that sees gender as strictly male or female. “It is because Q is likely to play with our minds that it is important,” says Kristina Hultgren, a linguist who wasn’t involved in the research. “It plays with our urge to put people into boxes and therefore has the potential to push people’s boundaries and broaden their horizons.”

Whether tech companies embrace the idea is to be seen. Even if they do, don’t expect them to fully embrace Q. “As much as I like the idea of a gender-neutral AI, I find it really hard to imagine it being a default thing in five years,” says Kistvad. “It would be great, but for me it would be like a utopia—I don’t know if it’s even realistic.”

The danger of AI and robotics is that human designers infuse their technologies with their own biases. But the beauty of AI and robotics is that if we start having honest conversations about those biases and stereotypes, we can shape a rapidly changing technological future to be not only more inclusive but thought-provoking. And the vanguard leading us there sounds a lot like Q.