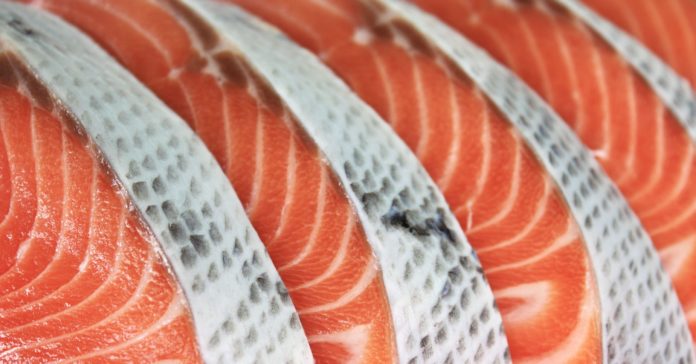 This story was originally published by HuffPost and is reproduced here as part of the Climate Desk collaboration.

If you eat seafood, even occasionally, there’s a good chance you’ve been served a fish species you didn’t order.

A new months-long investigation by ocean advocacy group Oceana finds widespread and persistent fraud in the US seafood industry. The organization tested 449 fish from more than 250 restaurants, seafood markets, and grocery stores across the country and found that 21 percent of samples were mislabeled.

In two restaurants in Florida, cheap imported Asian catfish and spinycheek grouper, a species found only in the Indian Ocean, were sold as hogfish. In Washington, DC, sea bass on a restaurant menu turned out to be farmed tilapia. And at a grocery store in Springfield, Virginia, Greenland turbot was labeled Alaskan halibut.

Mislabeled seafood is a rampant problem around the globe―one that Oceana has been looking at for nearly a decade. In a 2013 analysis, the group found that as much as one-third of fish sold in the US was mislabeled.

The new study did not include the 13 types of imported seafood covered by the federal Seafood Import Monitoring Program. Established in 2018, the program aims to combat illegal fishing and mislabeling by requiring imported tuna, king crab, shrimp, and other seafood at high risk of fraud to contain key traceability data about harvest and shipment. Oceana opted to exclude those species from its latest review to “expose any gaps in current policy,” the authors note.

The extent to which fraud continues to occur in US restaurants and markets is shocking, says Kimberly Warner, an author of the report and a senior scientist at Oceana.

“Finding domestic seafood that has been swapped out with foreign seafood seems particularly troubling as we’re trying to support our domestic fishermen,” she says. “People are being undercut when imported seafood is taking their place and driving down the prices.”

One-third of the vendors Oceana visited between March and August of 2018 sold mislabeled products. Of the species tested, sea bass had the highest mislabeling rate, at 55 percent, followed by snapper at 42 percent. In the Great Lakes area, imported species from Asia and Europe were marketed as locally caught yellow perch.

The above graph shows mislabeling percentages among the seafood types most commonly sampled in the Oceana study.
Oceana

The report does not identify specific businesses, since it is unclear where in the supply chain the mislabeling occurred, Warner says. While it is likely some restaurants and markets knowingly sell one species of fish as another, others may be completely unaware.

“Our seafood supply chain is so non-transparent,” she says. “We know from other research that mislabeling can happen at any point. It seemed unfair to call out the last point in the supply chain where we bought our fish.”

The findings align with Oceana’s global analysis in 2016 that reviewed 200 published papers and determined that nearly one in five samples tested worldwide were mislabeled. More than 80 percent of the seafood consumed in the US is imported. And a 2009 Government Accountability Office report found that only 2 percent of those imports are inspected by the Food and Drug Administration.

In its new analysis, Oceana calls for regulations requiring that all domestic and imported seafood be tracked from the time of catch to when it is sold at market or served in a restaurant. The problem with the Seafood Import Monitoring Program is that it covers only a handful of species and stops at the US border, Warner says.

“We would like that program to be expanded and extended to all seafood, so that the consumer can trust that what they’re eating is safe, legal and honestly labeled.”