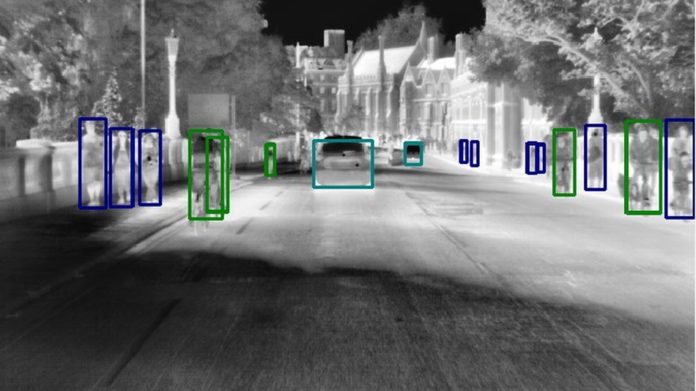 Elaine Herzberg was walking her bicycle across a Tempe, Arizona street when a Volvo XC90 hit her, almost a year ago on March 18, 2018. She died at the hospital.

The car that hit her was an Uber, but this one was self-driving. The driver and sole occupant in the car was a “safety operator” sitting behind the wheel, not controlling the vehicle.

The fatal crash had immediate ramifications for Uber’s self-driving car program and the industry. Only recently did Uber restart its testing (and only in Pittsburgh). Now 12 months later, we’re seeing that the public perception of autonomous vehicles (AVs) is still heavily affected by that deadly crash.

An American Automobile Association (AAA) survey of more than 1,000 American adults released this week shows that 71 percent of respondents are afraid of to ride in a self-driving car. That’s as high as fear levels from April 2018 after the Tempe fatality. Before the incident, fear of AVs was at 63 percent. 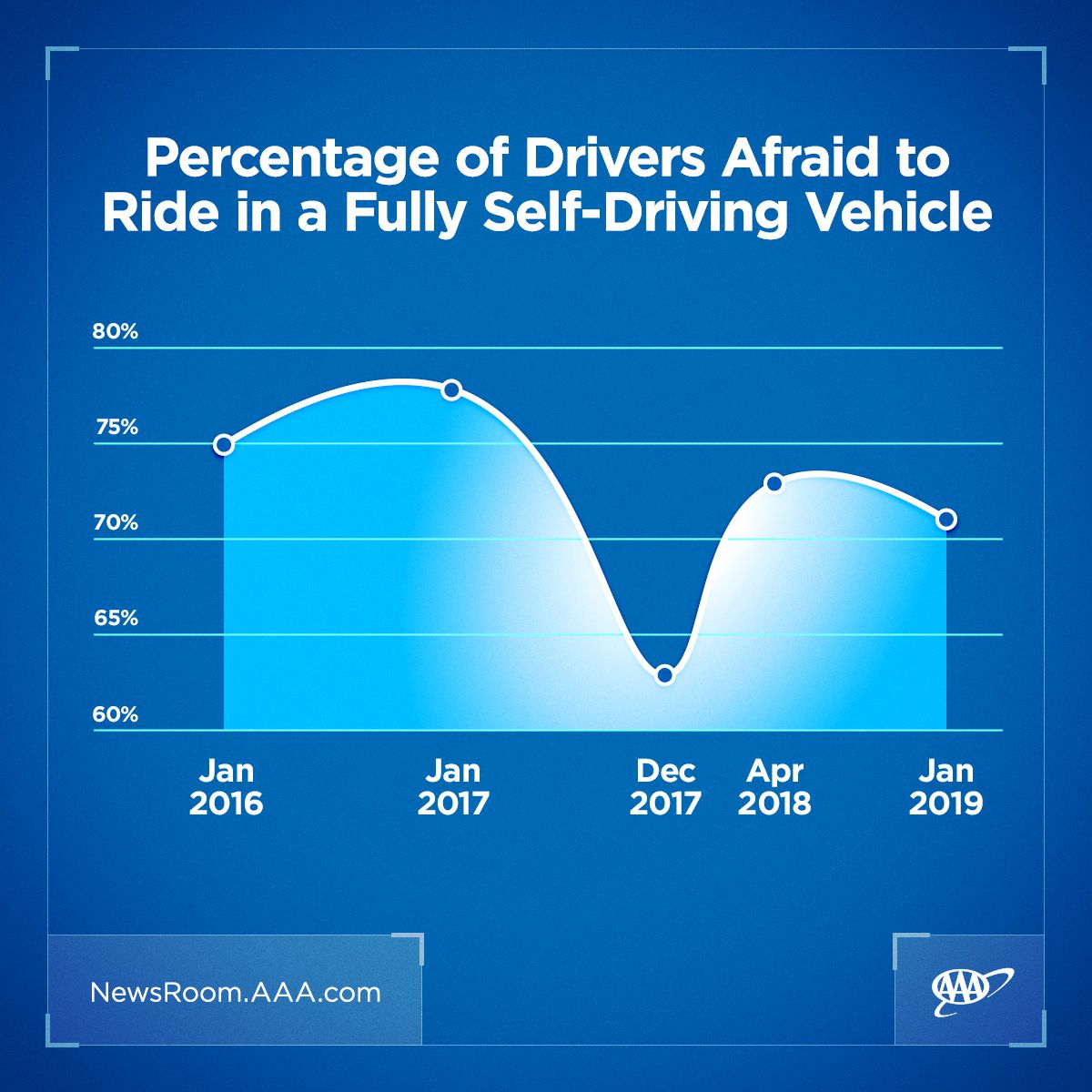 In this year’s survey, only 19 percent of respondents said they were comfortable using the robo-cars to transport their children or loved ones. When it comes to seeing these cars as safe experiences, the trust isn’t there.

Part of that safety perception is understanding the technology that makes a computer-controlled car work. Yakov Shaharabani, CEO of Israeli far infrared sensor company AdaSky, said in a phone call last week that thermal sensing “is the missing technology for fully self-driving cars.” He considers the current sensors, like light-measuring LiDAR, cameras, and radar a solid start but doesn’t fill in the gaps necessary for higher levels of autonomy.

For him, trust will come when the public can see and understand that the sensors and computers can see humans and living things — no matter what. That’s where his sensors come in, complementing autonomous systems with better visuals and sensing during snow, dust, bright light, darkness, dense urban areas, and more. Humans and animals, like deer, with their body temperatures contrasting with the surroundings are easier to detect and from a long distance.

A common tool from the defense industry, Shaharabani considers it an easy switch to the automotive industry. He said while reconstructing the Uber fatality situation his sensor detected and classified the pedestrian as a walking human six seconds before she was in front of the car.

He thinks adding another type of sensing to autonomous vehicles “will save more lives.” 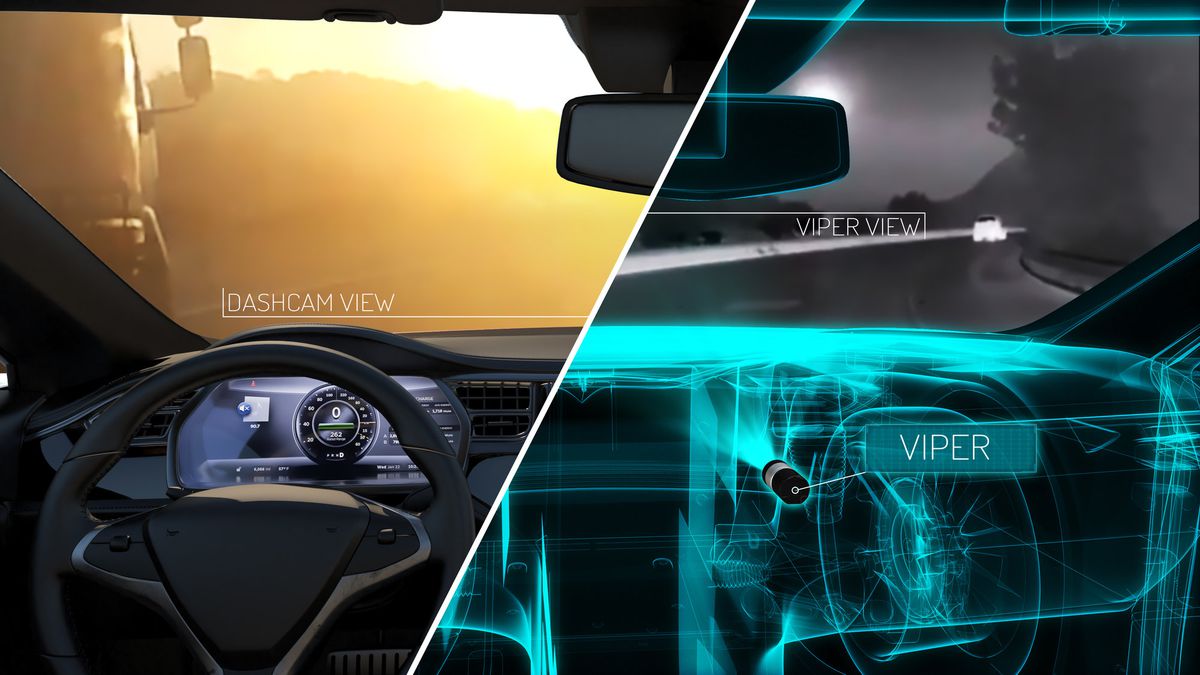 Compare and contrast visibility in the same sunny situation. 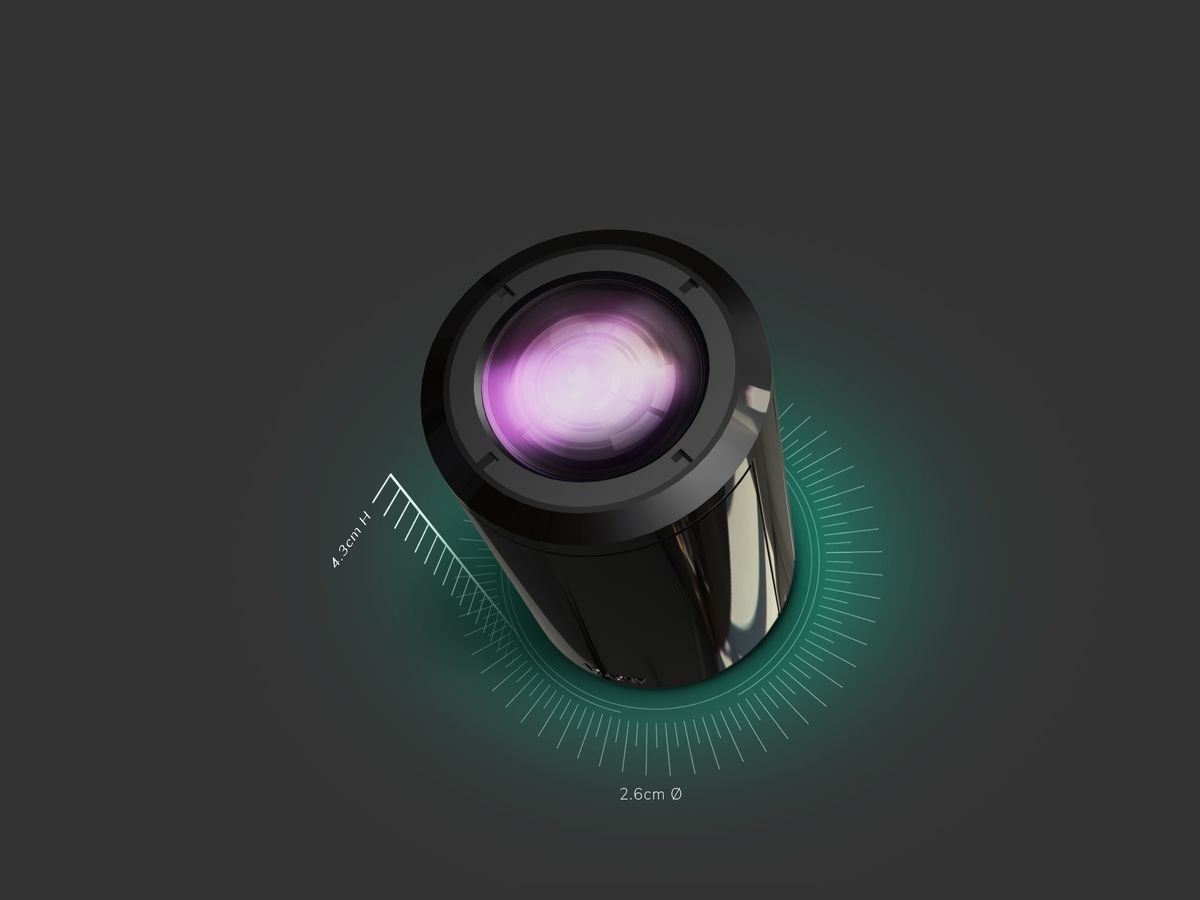 The sensor for the self-driving car to see more.

Even if public perception is hurting, companies from tech startups to traditional car makers are investing in autonomous tech. A Leasing Options survey and industry review found that companies have put in about $100 billion into developing driverless cars over the years.

So, yes, self-driving cars are still coming. But it’s at a different pace after Tempe, which has become something of a shorthand for the fatal event. An Uber spokesperson reflected on the past year and how its self-driving program made a hard reset and a renewed focus on safety. Uber no longer tests its vehicles in Arizona.

Once it did resume self-driving on public roads in Pittsburgh nine months after Tempe, it implemented a rigorous testing threshold of 70 tests and simulated scenarios. Everything from before Tempe was essentially overhauled, and now two operators are in every vehicle. Cell phones are kept away. (The operator in the Tempe crash was streaming TV shows on her phone while behind the wheel, according to police reports.)

Court documents from the Uber-Waymo trade secrets trial were unsealed last week and analyzed by TechCrunch. They show the self-driving program was spending $20 million a month and was overly ambitious with plans to have 75,000 self-driving cars by May 2019 and offer a self-driving taxi service in 13 cities by 2022. Those numbers are a far cry from where the program is today.

Despite the deadly speed bump, companies like Google’s Waymo still launched a self-driving taxi service in the Phoenix— even if it was a low-key launch and far from driverless, it still arrived in the same year and region as the worst thing that could happen to the industry happened.

This week The Henry Ford Museum of American Innovation in Michigan included its first autonomous vehicle in an exhibit: a pre-production Chevy Bolt that General Motor’s Cruise used as its self-driving test car. Cruise has yet to move beyond road testing mostly in the San Francisco area, but it claims it will offer a self-driving taxi service by the end of this year. 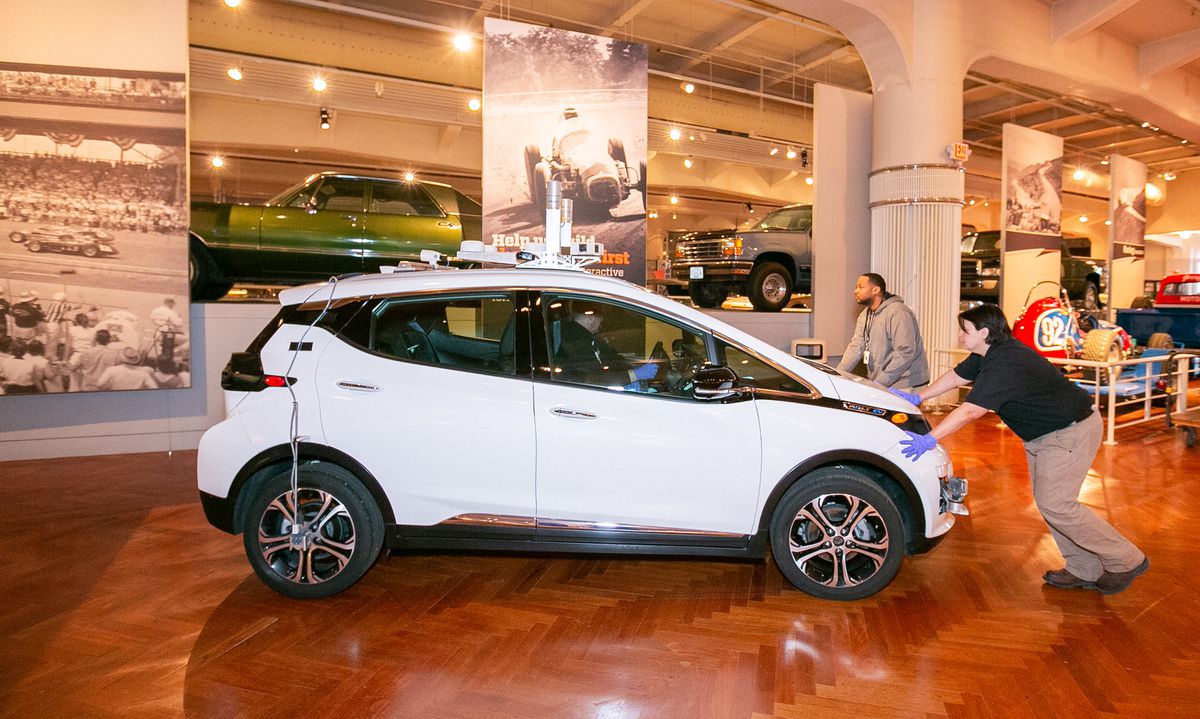 This self-driving test vehicle was one of GM’s first test vehicles to operate on public roads autonomously in San Francisco. 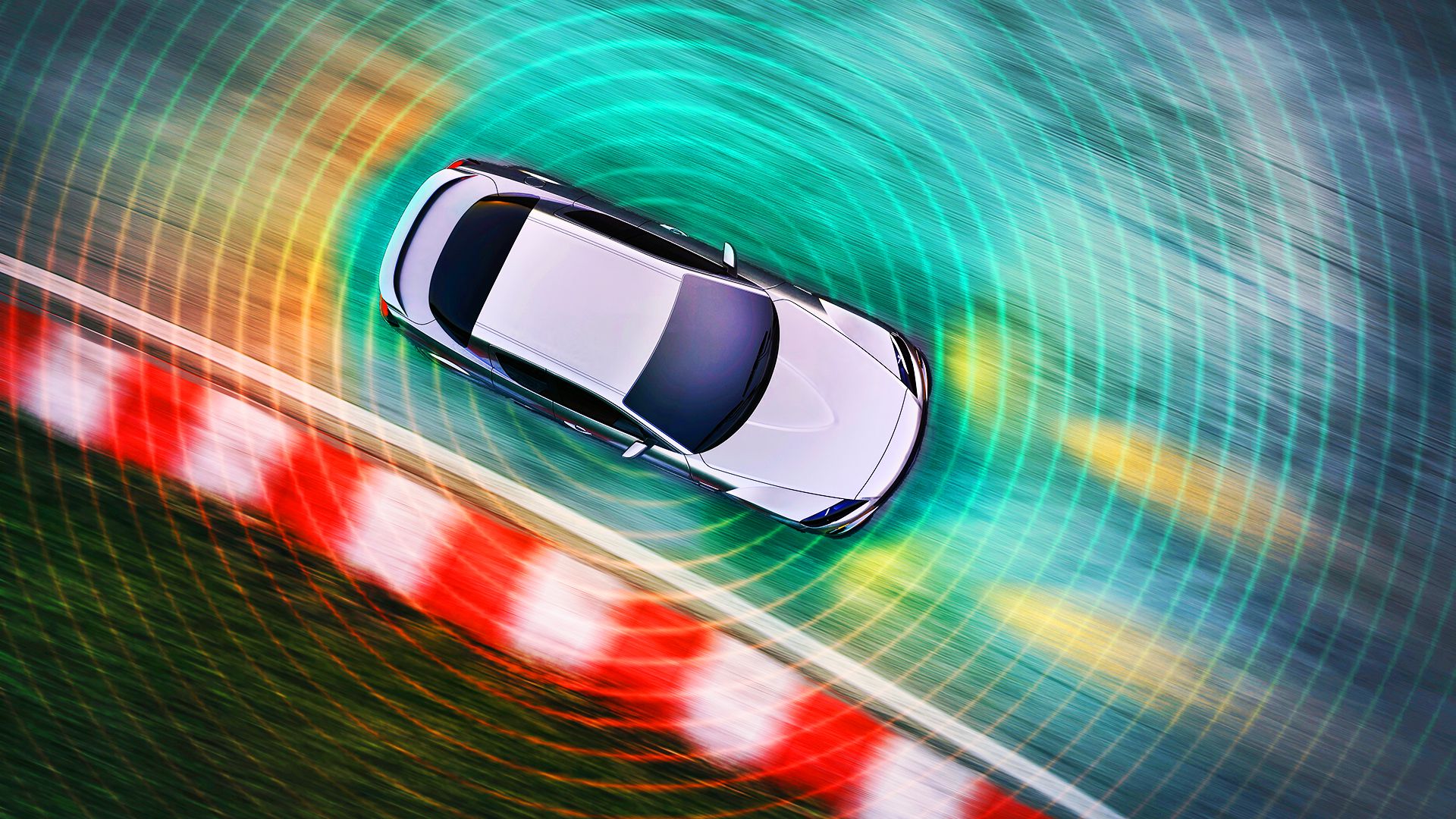 GizmoCrazed - October 20, 2011 0
According to a press release published today by AT&T, the company has activated over one million iPhones 4S' smartphones in just about 5 days of...

DroneGun Tactical is a portable (but still illegal) drone scrambler

Tesla's new return policy off to confusing start because of Elon...

Scooting while drunk is a dangerous, lame way to get a...