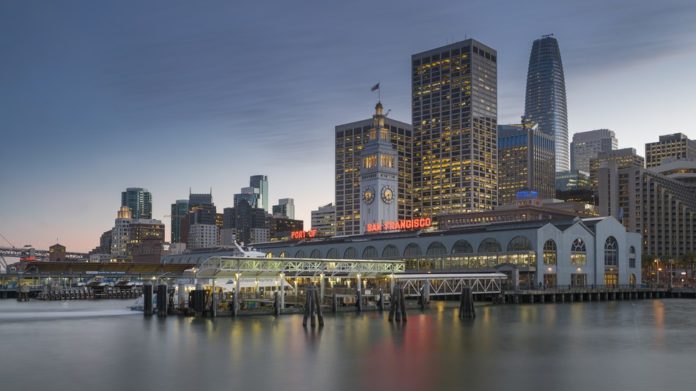 We forgive you if you’re feeling a bit confused.

GoFundMe, the company, just donated $5,000 to a GoFundMe campaign set up to both counter and troll yet another GoFundMe campaign. But wait, it gets even weirder. In this convoluted battle of the GoFundMes, the tech company comes down on the humane side.

Welcome to San Francisco, 2019, where nothing makes sense, but you can still count on the city to collectively thumb its nose at some cartoonishly awful jerks.

According to SF Weekly, this all started with a group of wealthy San Francisco residents uniting to oppose the construction of a Navigation Center — think of it as a more comprehensive homeless shelter that offers services and counseling as well as a place to sleep — in their mostly fancy neighborhood.

“[The] guillotine is coming for you all.”

The initial inciting GoFundMe, dubbed “Safe Embarcadero for All,” sought to raise $100,000 to be used “exclusively for legal and related costs to oppose the proposed Navigation Center at Seawall Lot 330.” It was created on March 20 by a self-described “resident of South Beach” and sought to retain counsel from Zacks, Freedman & Patterson — a law firm known for representing property owners.

And the money poured in. At the time of this writing the campaign had received $48,745 of its goal.

Although, at least $5 of that appears to be from someone who just wanted the ability to leave a publicly viewable message on the GoFundMe campaign page. “[You] people should be ashamed,” read the note in question. “[The] guillotine is coming for you all.” 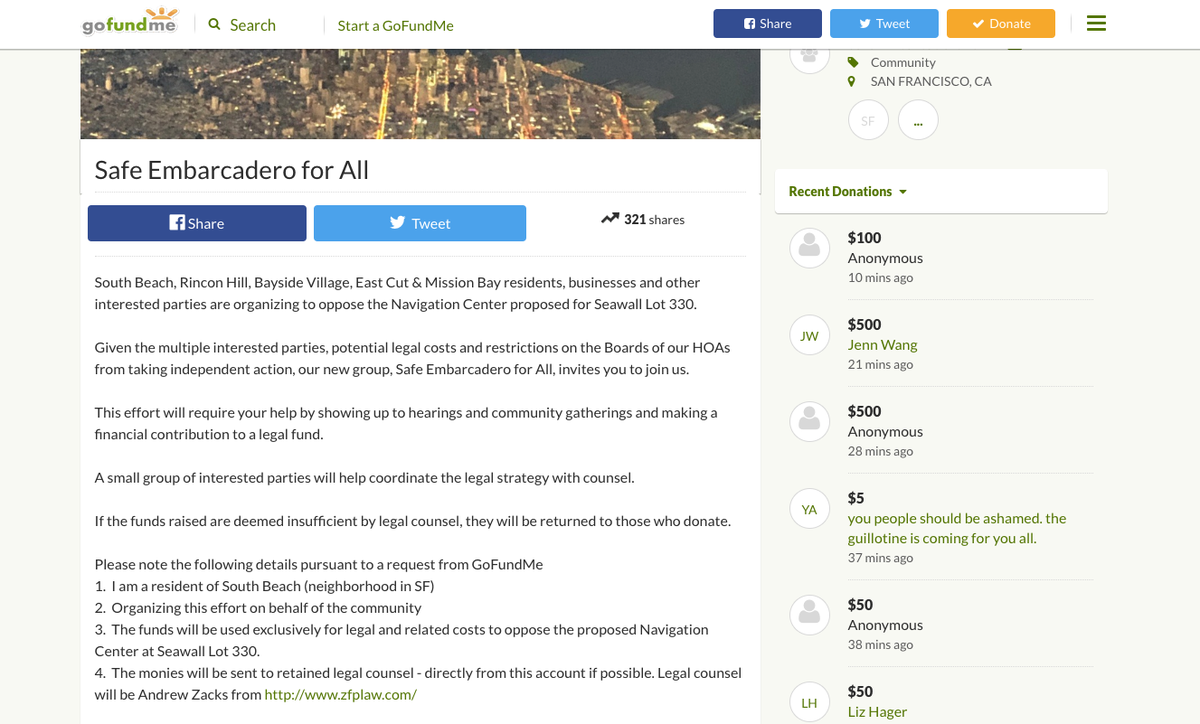 In the face of all this, San Francisco resident William Fitzgerald decided to set up his own GoFundMe campaign. Playfully named “SAFER Embarcadero for ALL,” the campaign would support the Coalition on Homelessness‘s pro-Navigation Center efforts while simultaneously “trolling the haters.”

And then GoFundMe, the Redwood City-based company, got involved. In a somewhat surprising move, the company donated $5,000 to Fitzgerald’s pro-Navigation Center campaign.

“Every month, GoFundMe gives over $100,000 to deserving campaigns nominated by GoFundMe employees as part of our Gives Back program,” a company spokesperson wrote to Mashable via email. “GoFundMe employees choose to nominate worthy causes throughout the year and we believe this campaign to support the Coalition is an important effort.” 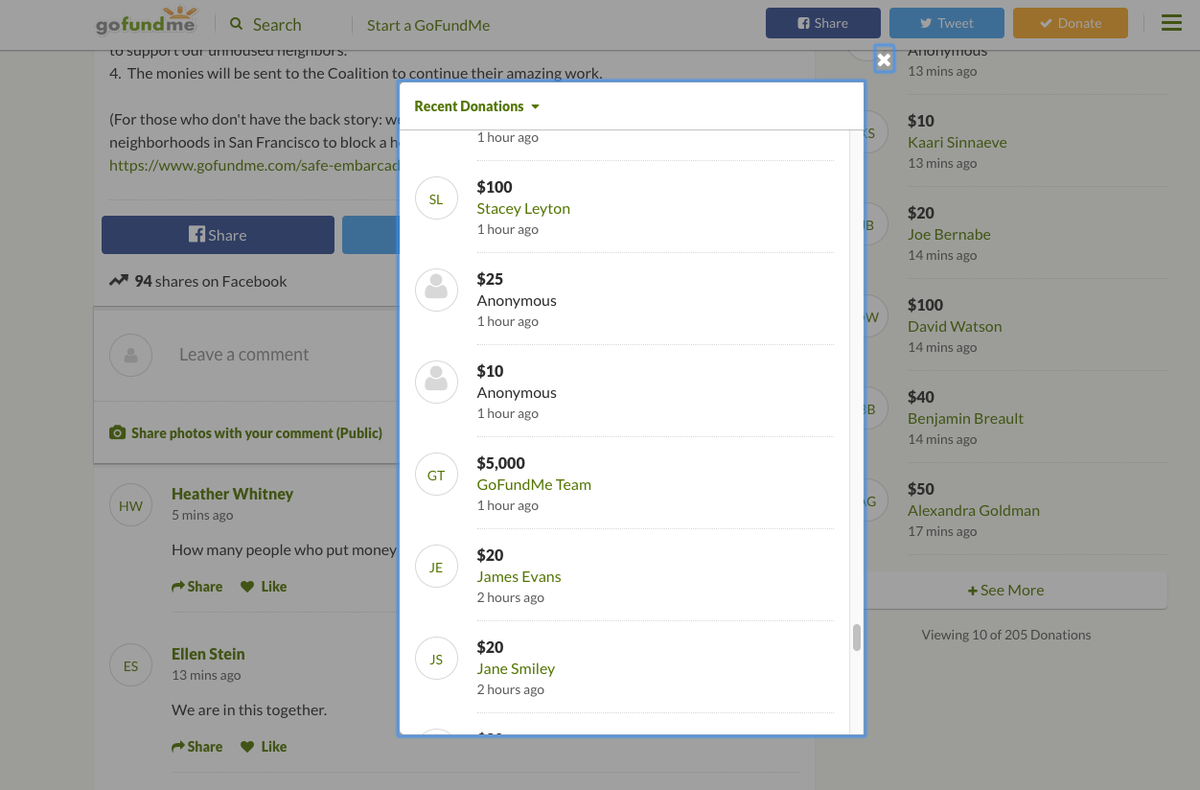 “I think it was quite cheeky of them and pretty smart,” Fitzgerald said of GoFundMe’s donation when reached by phone.

The company assured Mashable over email that it would not be taking a cut of its own donation, and that the Coalition on Homelessness would receive the entire $5,000 minus 2.9 percent (plus $.30) pulled from all donations on the platform to cover “the cost of third party card processors and the safe and secure transfer of funds.”

As of the evening of March 28, the same day it was launched, the SAFER Embarcadero for ALL campaign (remember, that’s the good one) has raised $16,623 from 210 people. The Coalition calls this “a big chunk of change for [them].” 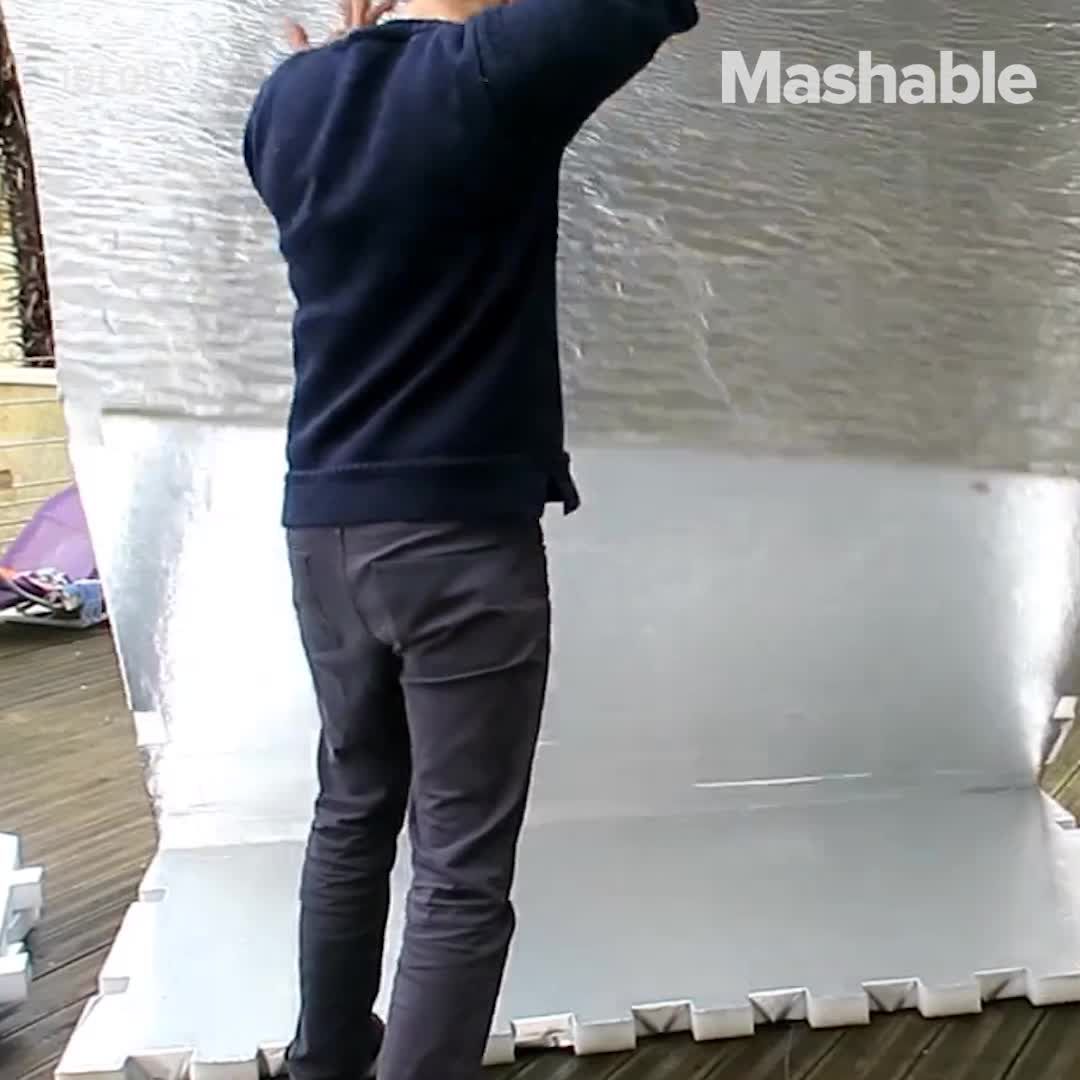