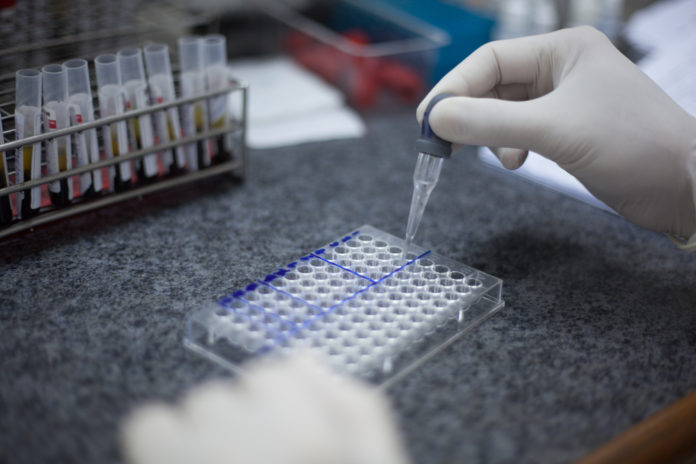 An HIV test is administered in this file photo. (Credit: cawee/shutterstock)

A patient who lived with human immunodeficiency virus (HIV) for more than a decade is now free of the disease, researchers report today in the journal Nature. The retreat of the infection is only the second time such a case has been reported. In both instances, the patients received a bone marrow transplant to treat cancer. The scientists say the treatment strategy is not practical as a standard approach for the millions currently living with the illness. They also caution that it is too early to call the second patient cured.

“It is still too early to be certain that this second patient has been cured of HIV,” Andrew Freedman, an infectious disease expert at Cardiff University in the United Kingdom, who was not involved in the research, said in a media statement. “Much longer follow-up will be needed to ensure the virus does not re-emerge at a later stage.”

Nearly 37 million people around the world live with HIV, the forerunner to acquired immune deficiency syndrome, better known as AIDS. At its outset, HIV infection looks and feels a lot like the flu. Fever, sore throat and fatigue are typical symptoms. These ailments subside until full-blown AIDS develops. With a defeated immune system, patients suffer weight loss, night sweats, and extreme fatigue. They are prone to re-occurring infections and eventually succumb to the lethal affliction. A cure for HIV does not exist, but medications known as anti-retroviral therapy or ART can significantly slow the illness’s advance, potentially extending patients’ lives by decades.

A patient with undetectable levels of the virus is unheard of, with one exception: Timothy Ray Brown. Twelve years ago, Brown became the first person to rid the virus from his body. Brown had developed leukemia and needed two bone-marrow transplants. The stem cells he received to cure his cancer came from a donor with a mutation in CCR5, a receptor that lets HIV into white blood cells. Doctors made the transplant and blasted Brown, known then as “the Berlin patient,” with radiation and powerful immune-suppressing meds to keep his body from rejecting the transplant. The procedure nearly killed him. But Brown, now 52, continues to live HIV-free today.

Clues To A Cure

Now, an international team of scientists led by Ravindra Gupta, a virologist at the University College London, reports a second patient has been in remission for three years following a similar procedure. The patient, who wishes to remain anonymous but is known as “the London patient,” was diagnosed with HIV in 2003 and developed Hodgkin’s lymphoma, a cancer of the white blood cells, in 2012. The cancer proved resistant to chemotherapy and the patient required a bone marrow transplant. The London patient was given stem cells from a donor with the same mutation in CCR5 the Berlin patient received as well as immune-suppressing drugs.

In September 2017, 16 months after the transplant, the London patient was able to stop taking antiretroviral drugs. Any sign of the virus remains undetectable.

“By achieving remission in a second patient using a similar approach, we have shown that the Berlin Patient was not an anomaly, and that it really was the treatment approaches that eliminated HIV in these two people,” Gupta said in a statement.

While the success of the approach does not offer a cure, the researchers say, it does offer hope for one.

“Continuing our research, we need to understand if we could knock out [the CCR5] receptor in people with HIV, which may be possible with gene therapy,” Gupta said.

How Bright are LED Flashlights? And What the Heck is a...