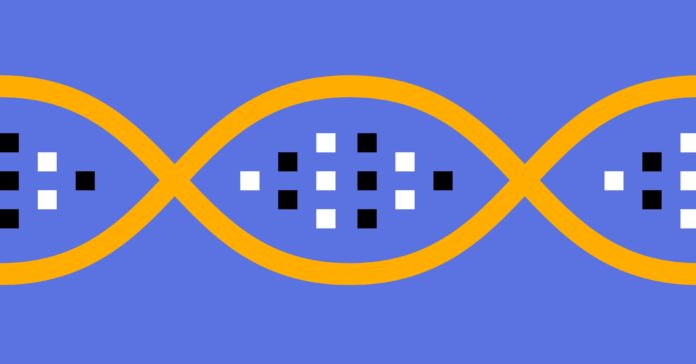 DNA is one of the most powerful substances in the universe. In the same structure it can encode the instructions to make uranium-munching microbes, giant flying lizards, or a stand of quaking aspens five miles wide. It can store every movie ever made in a single test tube. And it can stick around for tens of thousands of years. Just this week, Japanese scientists revealed they’d awakened some ancient wooly mammoth DNA by sticking it into mice embryos. What is dead may never die, indeed.

It’s DNA’s ability to resurrect more recent history, though, that delivers the biggest emotional punch. In the last week alone, investigators in two separate cold cases from the 1970s and ’80s revealed how DNA helped them resolve a pair of decades-old mysteries. One brings a family closure. The other thrusts a family into the fresh tragedy of a long-concealed teenage trauma. Both hint at a new feature of a world increasingly connected by relative-finding algorithms, social networks, and the internet; that in the age of digital DNA databases, nothing stays secret forever.

On Monday, detectives revealed to a Salt Lake City television news station that they’d used DNA to confirm that notorious serial killer Ted Bundy—subject of both a new Netflix docuseries and a feature film starring Zac Efron—had also murdered a missing Utah teenager. Hours before his execution in 1989, Bundy confessed to 30 homicides committed across seven states during the mid-70s, and told police where he’d left some of the bodies. But many were never found, including 17-year old Debra Kent, of Bountiful, Utah, and police were not able to close her case.

Three-and-a-half years ago, a cold case unit learned the Kent family was in possession of a patella bone that had been uncovered by investigators in 1989 near where Bundy said he left the teen’s remains. At that time, DNA testing was brand new, and the US was still five years away from establishing a federal genetic repository for convicted criminals. So in 2015, detectives convinced the Kent family to have the knee bone sent in for testing, along with DNA samples they provided themselves. When it came back as a match to the family’s DNA, the Kents finally received an official death certificate, and the closure they’d been seeking for more than 40 years.

The police had kept their conclusions private until the renewed public obsession with Bundy motivated them to make the discovery public this week. It came on the heels of news that investigators in South Dakota had arrested a woman Friday in connection with a 38-year-old infant abandonment case.

One frozen February afternoon in 1981, a man driving through the cornfields near Sioux Falls discovered a dead newborn baby boy, wrapped in bloody blankets at the bottom of a roadside ditch, his umbilical cord still attached. For decades, investigators gathered clues. In 2009, they even exhumed the body of the boy to extract DNA samples. Every day for the next ten years, the case’s lead detective, Michael Webb, checked the federal criminal database, known as CODIS, hoping for a genetic match. But, as he recounted this week to the Washington Post, none ever came.

What came instead was the arrest of a suspect in the infamous Golden State Killer case last April. And with it, an explosion of interest in using the technique—known as forensic genetic genealogy or long-range familial search—that California investigators used to identify him. Shortly after, Webb enlisted the help of Parabon, a company specializing in the family tree-building technique. And last week, police used that information to arrest a 57-year old Sioux Falls woman, Theresa Bentaas, believed to be the baby’s biological mother. She is being charged with first-degree murder, second-degree murder, and manslaughter for allegedly leaving the healthy child to die outside in the cold.

It’s the first time genetic genealogy has been used in a case of neonaticide (the killing of a child within the baby’s first 24 hours of life). And for genetic counselors like Brianne Kirkpatrick, who also helps people find biological relatives and runs support groups for people dealing with DNA surprises, it’s one step of the technology too far. “It feels like the slippery slope has begun and it’s happened a lot faster than I expected,” she says. “I’m actually not a slippery slope person most of the time. It just feels like this particular application is not something I can get behind.”

Up until now, all of the nearly three dozen forensic genetic genealogy cases that have been made public since the Golden State Killer bombshell have involved high-profile, heinous crimes—serial killers and violent rapists and child murderers that terrorized communities, sometimes for decades. Even critics of the technique, who worry it’s turning American into a genetic surveillance state, find it hard to argue with locking up these dangerous criminals. But Bentaas, who would have been 18 or 19 at the time of the incident, and according to an affidavit cited in the Argus Leader, too scared and ashamed to tell anyone about the pregnancy, is different.

“A Baby Doe case is a special category,” says Colleen Fitzpatrick, who co-founded the nonprofit DNA Doe Project with fellow genealogist Margaret Press. “It breaks apart this neat dichotomy between finding criminals who might still be dangerous and finding victims.”

Together with a network of volunteers skilled in family-tree making, Fitzpatrick and Press help police put names to unidentified human remains—mostly murder victims. But the organization avoids abandoned baby cases because identifying the child means identifying the mother. And as in Bentaas’ case, many mothers in neonaticide cases are often children (or nearly children) themselves. Sometimes they’re even victims of rape or incest.

Fitzpatrick and Press worried that investigating these incidents would not provide closure to families but would instead open them up to criminal prosecution. To keep DNA Doe Project’s humanitarian mission intact, Fitzpatrick has diverted any requests involving abandoned babies to her own genetic genealogy company, Identifinders International. Right now they’re working on three such cases.

Which means that whether or not it’s a good idea—or a good use of police resources—to dig through familial DNA to investigate and prosecute neonaticide cases, this Sioux Falls case is just the beginning. No laws currently limit police departments’ application of the technique, though the state of Maryland is currently considering banning it all together. The public DNA database that allows investigators to find initial genetic matches (with which they then build family trees) confines such searches to violent crimes or identifying remains of a deceased individuals. Either could be invoked in the case of a neonaticide. The South Dakota Baby Doe case may be the first in the news, but it won’t be the last.

And so, the headlines of solved cold cases and stories about people who’ve discovered their father’s not their father or they have 15 half-siblings or they were switched at birth with a stranger, will pile up alongside the mug shots of mothers who once upon a time made a very difficult, very desperate, very bad decision.

And then, at some point, they’ll stop. Because when no one’s secrets can stay hidden in their DNA (or the DNA of a relative), it will no longer be news.