Crispr Gene Editing Could One Day Cut Away Human Pain 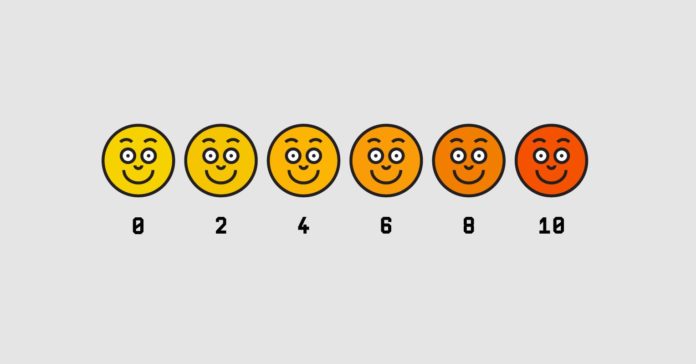 For Jo Cameron, it takes the sight of blood or the smell of her own flesh burning for her to know that something is very wrong. As the 71-year-old Scottish woman recounted to The New York Times earlier this week, she has lived a life virtually free of pain, fear, and anxiety, thanks to a missing stretch of DNA. Doctors discovered there was something different about Cameron when she came in for surgery and turned down painkillers after the nerve blocker from her operation wore off. After years of investigating, they identified the never-before-seen mutation believed to be responsible for her almost supernatural pain tolerance. Weirdly, any wounds she gets also heal faster than other people, and she cannot recall ever having felt anxious, depressed, or scared. They published their findings Tuesday in the British Journal of Anaesthesia.

It is uncommon, but not unheard of, in human biology for a sensation as complex as pain to be controlled by a single gene. For decades, scientists have sought out rare families whose members exhibit similar pain insensitivity, and they have found in their DNA at least one other string of genetic code that functions as volume knob for human suffering. Pharmaceutical firms are currently deep into clinical trials on a drug that is able to mimic these effects. And the advent of Crispr offers an even more tantalizing possibility. What if you could genetically edit out not just pain, but existential dread and angst from the human condition altogether?

It’s a question that feels particularly pressing as the US struggles to claw out from the depths of an opioid epidemic that takes five lives every hour. Drugs to help people escape the parts of their bodies and minds that hurt them today kill as many Americans every year as guns or car accidents. Now, some medical researchers are predicting that Crispr and other gene editing tools could give rise to a whole new way to treat pain without pills. But revelations in the last year of rogue Crispr experiments in humans in China raises the ugly prospect of what could follow; that genetic pain insensitivity could one day become a designer baby menu mainstay, or worse, weaponized as a tool of 21st century warfare.

That might seem far-fetched if it weren’t something Vladimir Putin himself suggested at a Russian science event for students in 2017 describing the future of gene editing. A man who could fight without fear, compassion, regret, or pain, he said, “might be worse than a nuclear bomb.” You’ve got to hand it to the guy, he knows how to crash a Crispr party (for children no less!). Super-soldiers might just be a twinkle in authoritarians’ eyes for now, but they’re one reason the former US spy chief, James Clapper, called out gene editing as a potential weapon of mass destruction in his 2016 national safety threat report. The intelligence assessment specifically pointed out the possibility of using the technology to edit the DNA of human embryos.

A push toward permanently altering the genes of the next generation has so far been limited both by an intense ethical debate over whether humans have enough knowledge to direct the species’ own evolution and by practical challenges. Namely, that DNA rarely acts in a straightforward fashion. “We don’t really understand how complicated biology is,” Crispr co-inventor Feng Zhang told 60 Minutes in a segment last spring. Knock out a gene here or add code there and you might create other problems. Removing a gene called PCSK9, for example, significantly reduces one’s risk of a heart attack. Great, right? But it also increases the likelihood of diabetes. Trade-offs for other, less-well-studied genes, might be even more unpredictable. (For Cameron, the Scottish patient, the downsides of her unique DNA so far only seem to include forgetfulness and never feeling this “adrenaline rush” she’s heard so much about. She also doesn’t have an internal alarm system to alert her to broken bones, degenerated joints, and wounds.)

James Cox, a molecular geneticist at University College London who identified Cameron’s genetic anomaly says his group is now using Crispr in human cell lines to try to mimic her microdeletion and better understand its effects. That will help them figure out the best strategy for potential therapeutics. Because the mutation occurs in a pseudogene called FAAH-OUT—meaning a gene that makes a long string of RNA that doesn’t code for a protein but acts as a regulator elsewhere in the genome—they’ll have multiple options. Some of them include designing and injecting a complementary RNA sequence that represses FAAH-OUT’s production. That could potentially provide temporary, local relief. But managing chronic pain would require frequent shots or infusions. So they’re also looking at a more permanent solution: editing DNA in cells directly to replicate Cameron’s pain-blocking microdeletion. “It’s early days so there’s lots to consider,” says Cox. “But we envisage a wide group of patients could potentially be helped.”

The ability to feel pain, while an unpleasant part of life, evolved for a reason. It’s a way for your body to tell you when something bad is happening to it. Losing this protective sensation completely may sound great, but it can also be dangerous. That’s one reason why some early ventures into the emerging field of gene-based pain therapy aren’t using Crispr just yet (the other is the murky state of who exactly owns its gene-editing IP). “The question with Crispr is that you have to get it to target just the cells you want, in this case the nerve cells that cluster up and down the spinal cord and send out axons all over your body to sense pain,” says Joseph C. Glorioso III, a microbiologist at the University of Pittsburgh who studies both gene therapy and pain management. “If you could make an edit in just those cells you can make them more resistant to pain signaling, but then it’s a permanent thing and you don’t want to be in a situation where you can never feel that sensation.”

In 2014, Glorioso cofounded Coda Biotherapeutics, to develop a gene therapy approach for treating chronic pain. Based in South San Francisco, Coda has so far raised $19 million to engineer receptors in people’s sensory neurons that can be controlled by a small molecule drug. The idea is to use a virus that evolved in nature to infiltrate the hyperexcitable nerves responsible for many kinds of neuropathic pain—from arthritic joints to thrown-out backs and nerve damage caused by many cancer treatments. A one-time injection into the skin sends the virus into the nerve cells, delivering the instructions for making this tunable on/off switch. When a patient feels pain they take the drug, which cuts the the power to the neurons’ electrical activity and shuts down the perception of pain, with minimal body-wide side effects and risks of addiction. Glorioso expects it will be 18 to 24 months before an experimental therapy is ready to test in humans. Coda is starting first with types of pain so severe they’re basically untreatable, but the same approach could also be applied to other neurological conditions, including anxiety, Glorioso says.

Which means that if you were one of those people who saw Cameron’s story and thought to yourself “Crispr me some of that!” the possibility of genetically controlling pain isn’t as far away as you might think.