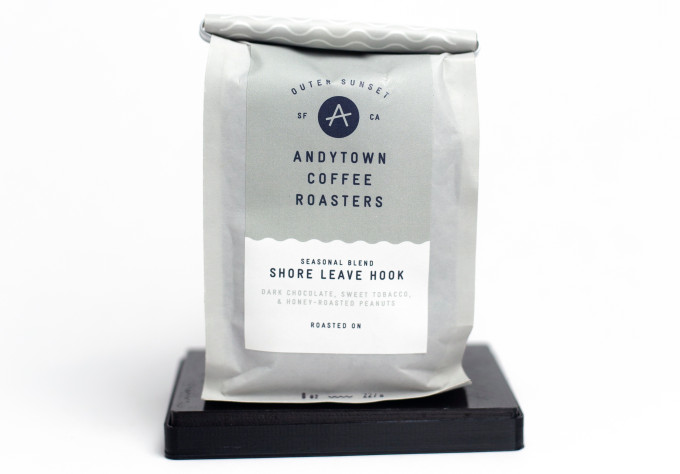 If you’re like me, you let out a heavy sigh every month or so when you reach out and unexpectedly find an empty bag of coffee. Bottomless, one of the 200-plus startups in Y Combinator’s latest batch, has a solution for us caffeine addicts.

For a $36 annual membership fee, a cost which co-founder Michael Mayer says isn’t set in stone, plus $11.29 per order depending on the blend, Bottomless will automatically restock your coffee supply before you run out. How? The startup sends its members an internet-connected scale free of charge, which members place under their bag of coffee grounds. Tracking the weight of the bag, Bottomless’ scales determine when customers are low on grounds and ensure a new bag of previously selected freshly roasted coffee is on their doorstep before they run out.

Founded by Seattle-based husband and wife duo Mayer and Liana Herrera in 2016, Bottomless began as a passion project for Mayer, a former developer at Nike.com. Herrera kept working as a systems implementations specialist until Bottomless secured enough customers to justify the pair working on the project full-time. That was in 2018; months later, after their second attempt at applying, they were admitted into the Y Combinator accelerator program.

Bottomless today counts around 400 customers and has inked distribution deals with Four Barrel and Philz Coffee, among other roasters. Including the $150,000 investment YC provides each of its startups, Bottomless previously raised a pre-seed round from San Francisco and Seattle-area angel investors.

Before relocating to San Francisco for YC, the Bottomless founders were working feverishly out of their Seattle home.

“This whole time we’ve been 3D-printing prototypes out of our apartment and soldering them together out of our apartment,” Mayer told TechCrunch. “We kind of turned our place into this new manufacturing facility. There’s dust everywhere and it’s crazy. But we made 150 units ourselves by hand-soldering and lots of burned fingers.”

The long-term goal is to automate the restocking process of several household items, like pet food, soap and shampoo. Their challenge will be getting customers to keep multiple smart scales in their homes as opposed to just asking their digital assistant to order them some coffee or soap on Amazon.

Amazon recently announced it was doing away with its stick-on Dash buttons, IoT devices capable of self-ordering on Amazon. The devices launched in 2015 before Google Homes and Amazon Alexas hit the mainstream.

So why keep a smart scale in your kitchen as opposed to just asking a digital assistant to replenish your supply? Mayer says it’s coffee quality that keeps it competitive.

“Some of our most enthusiastic customers live out in like deep suburbs far away from city centers, but they really love fresh coffee,” Mayer said. “And there’s no way to get fresh coffee if you live 20 or 30 minutes from a city center, right?”

“Or you might think in a city like San Francisco or Seattle, you can get freshly roasted coffee pretty easily because there are restaurants all over the place, right?” He added. “That’s certainly true, but it does take a little bit of extra thought to remember to grab it on the right day when you’re running low.”

Mayer and Herrera don’t consider themselves coffee experts, despite now running what is essentially a direct-to-consumer coffee marketplace out of Seattle, the coffee capital.

“I’m originally from Portland and Portlanders know a lot about coffee,” Mayer said. “I never really considered myself to be a coffee aficionado or a coffee snob in my head, but I guess compared to like the average American from anywhere in the country, I would be just a regular coffee drinker in Portland. All I really knew about coffee going into this was that it’s better fresh. That’s it.”

Bottomless is currently accepting customers in beta. The team will pitch to investors at YC Demo Days next week.

This Exosuit Learns How You Walk To Give You A Boost

GizmoCrazed - March 2, 2018 0
The exosuit in action. (Credit: Harvard Biodesign Lab) Exosuits may seem the stuff of anime and superhero movies, but the technology is actually used for...