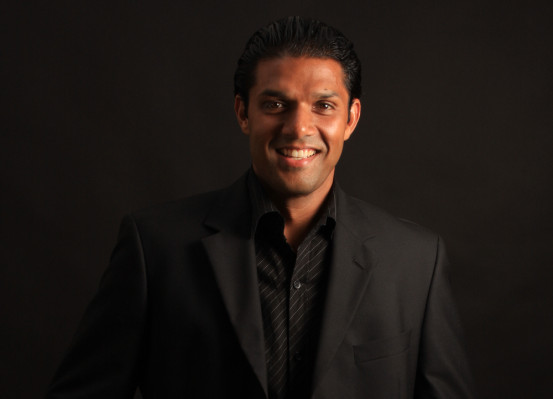 Thirstie announced today that it has raised $7 million in Series A funding, and that it’s partnering with Drinkworks to power the e-commerce experience for the cocktail-making machine created by Keurig and Anheuser-Busch.

Co-founder and CEO Devaraj Southworth suggested that this is emblematic of the company’s current direction — rather than building a consumer app for alcohol delivery (which is what Thirstie focused on initially), the company now works with alcohol brands like Dom Perignon, Clos19 and Maker’s Mark to create e-commerce and delivery experiences.

Southworth said this is appealing to brands because “there’s a whole new generation of digital-first, mobile-first consumers and there’s an opportunity to increase revenue.” More important, he said, is “the data opportunity — the data belongs to our brand partners, the data doesn’t belong to a marketplace.”

And while Thirstie is now focused on building an enterprise business, it’s still taking advantage of the network of alcohol retailers that the company created for its consumer app.

Southworth explained said that while Thirstie allows you to order a bottle directly from the Dom Perignon website, it’s actually routing orders “through the network,” so they’re fulfilled by licensed retailers. This means alcohol brands can build a direct relationship with consumers while remaining compliant with the three-tier alcohol distribution system.

And from the Thirstie perspective, this also means building a substantial business without having to invest millions of dollars into marketing a consumer app.

Currently, Thirstie said it supports on-demand delivery in more than 30 cities, and can also ship to any location where shipping alcohol is legal.

Looking ahead, Southworth plans to continue developing Thirstie’s data technology — not just creating dashboards where brands can view their own customer data, but also doing more to aggregate that data to give brands an anonymized, industry-wide view.

“Down the road, there are some very interesting products we can build that can — if the brands are interested — be shared,” he said. “It will be more of a shared marketplace, so all of the brands are going to benefit.”

Thirstie has now raised a total of $12 million, with the new funding coming from Queens Court Capital.

“While some companies have taken capital from industry players to rapidly accelerate the growth of their business, Thirstie realized this could create bias if done too early,” said former Citibank CEO Joe Plumeri (who invested through Queens Court) in a statement. “We admire that Thirstie decided it was more important to scale at a pace that is manageable and allows them to remain independent, and we’re excited to help them achieve their goals.”