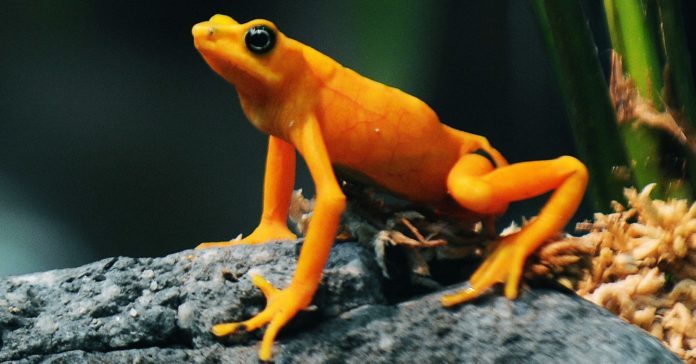 Tech news you can use, in two minutes or less:

Humans are ruining everything for amphibians

Amphibians may have survived the extinction of the dinosaurs, and all kinds of other catastrophes, but a fungi that humans helped spread is doing damage. Serious damage. More than 500 species of amphibians are experiencing decline because of chytrid fungi, which infects an amphibian’s skin and disrupts its ability to breathe and absorb water. Ninety species have already gone extinct, and experts are calling this the greatest loss of biodiversity from a disease that science has ever known.

Twitter has rolled out a new “dark” version of their app, designed to relieve eye strain by replacing white backgrounds with darkened ones. “Dim” will change the palette to dark grey and “lights out” will turn it to true black. Now you can finally tweet at 2am without being light-blasted into full consciousness.

Boston Dynamics is back with a new robot

You’ve probably seen Boston Dynamics robots that can backflip, do parkour, and even open doors. Today the company unveiled a box-stacking bot on their YouTube channel, presumably to do some of the heavy lifting in warehouses. Creepy or cool?

The decision on whether or not to have children is a complicated one, but for some the impending climate apocalypse is making that decision for them. And lest you judge this child-free movement, this Reddit community would like you to know that fertility rates in the US and around the world are dropping, and that going child-free is hardly a millennial idea.

As the market moves away from computers and into the world of tablets, it’s hard to know which one to get. We broke down the 13 best tablets and which one’s right for you.

Skeletal Studies Show Sex, Like Gender, Exists Along a Spectrum

GizmoCrazed - November 19, 2018 0
Stanislawa Walasiewicz won the gold for Poland in the women’s 100-meter dash at the 1932 Olympic Games. Upon her death, an autopsy revealed that...

California is ‘launching our own damn satellite’ to track pollution, with...

BlackBerry Bold 9930 — Everything You Need To Know

16 Things You Didn’t Know About Obesity