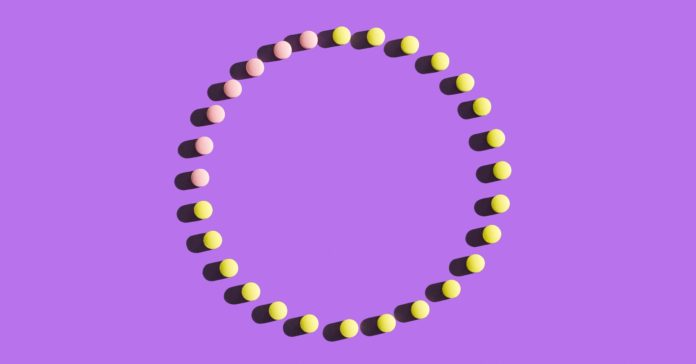 For nearly 60 years, hormonal contraceptives have freed women from their own biology, giving them autonomy over decisions about if, when, and how to start a family. But no form of hormonal birth control—pill, patch, ring, IUD—is 100 percent effective. Why that is, no one knows exactly. Now new research suggests that some of these mysterious failures might actually be due to differences in DNA.

In a study published today in the journal Obstetrics & Gynecology, researchers at the University of Colorado School of Medicine discovered that about 5 percent of women possess a genetic mutation that makes them produce an extra hormone-dismantling enzyme. This enzyme eats away at the ovulation-suppressing effects of hormonal birth control, lowering its effectiveness. They also found two much more common genes that had smaller but still noticeable effects.

“The biggest takeaway is that we’ve assumed for so long that if a woman taking birth control gets pregnant, then she must have done something wrong,” says Aaron Lazorwitz, an ob-gyn and lead author on the study. “Instead, maybe we need to pay more attention as physicians to other things that might be going on, like genetics, so we can give better, more individualized treatment to women instead of just blindly adhering to the motto that if you just throw some hormones at it, that usually fixes the problem.”

It’s the first time anyone has ever identified unique snippets of DNA associated with birth control performance. Indeed, when Lazorwitz presented his preliminary findings at the North American Forum on Family Planning last October, despite being a last-minute addition with a 7:30 am time slot, he was met with a packed room of doctors and researchers eager to see his results. “It was the only thing like it I’d ever seen,” says Megan Christofield, a family planning adviser at Jhpiego, a Johns Hopkins–affiliated global health NGO, who was in the audience that day. “There was so much energy in the room, everyone was like, ‘Yes! Bring us to this place in science!’”

That place is precision medicine—using a person’s unique genetics to understand which drugs will work best for them. Cancer and heart patients, for example, are increasingly taking DNA tests to determine which treatment will have maximum effectiveness and minimal side effects. But the promise of precision medicine has yet to extend to women’s reproductive health. On a US Food and Drug Administration list of 232 drugs with a known genetic factor influencing how they work, there’s just one contraceptive. And the genetic marker identified doesn’t have anything to do with the drug’s active hormone ingredients. In effect, that means that scientists and doctors have no idea how different women’s bodies respond to the same one or two hormones that make up all birth control drugs.

Instead of genetic tests to figure out which contraceptives would work best for them, women have whisper networks and trial-and-error. Sisters, friends, roommates, and coworkers often make recommendations, but their experiences are not universal. So it’s unsurprising that most American women will have bounced around between three different birth control methods by age 40.

In the US, side effects such as headaches, depression, and unpredictable bleeding might be an inconvenience women are expected to tolerate. But in developing parts of the world, where Christofield works, those side effects can have catastrophic effects on women’s ability to go to school, work, or even leave the house. And they’re often the reason women there stop using contraceptives altogether. Even rumors about side effects sometimes prevent women from accessing hormonal birth control, even if it’s not certain they’ll have the same negative reaction.

“To me it’s reprehensible that, once again, women’s health will be an afterthought, even as other fields go rip-roaring ahead of us with precision medicine,” says Christofield. “This is the one category of drugs used by hundreds of millions of people, and I just can’t stomach the idea that we’re continuing to place it on a back burner, saying we’ll come back to it once we’ve figured it out in these other spaces.”

Lazorwitz is one of the few people trying to change that. He’s spent most of his career studying how contraceptives interact with other drugs, but a few years ago he started noticing the rise of pharmacogenomics research in cancer and heart drugs. He looked around and couldn’t find anything like that on birth control, despite the fact that nearly half of all US women of reproductive age use it. “We give the same hormones to every woman, but do they work the same in every woman?” he asked himself. No one had ever bothered to find out.

So he and a few colleagues assembled a small study of 350 women who all took the most reliable form of hormonal birth control—an implant under the skin—and tested them for 120 genetic variations they suspected could play a role in hormone metabolism. They also measured the concentration of hormones in their blood. That’s how they found a gene called CYP3A7*1C, which is usually active in fetuses and then switches off sometime before birth. But women with this mutation continue to produce the CYP3A7 enzyme into adulthood, supercharging their body’s ability to break down the active ingredient in hormonal birth control.

Lazorwitz recognizes that their study was limited by only looking for gene-drug interactions that other people had looked for before. He says their next step is to repeat the experiment with a much larger cohort and with whole genome sequencing, so they can surface new genetic variants that could affect birth control efficacy. He also wants to investigate the links between DNA and side effects. But such studies are expensive and time-consuming. They aren’t a priority for federal biomedical funding institutions, and pharmaceutical companies have no financial incentives to invest in them. Hormonal contraceptives might be a blunt instrument, but they work—and they mint the companies that make them billions of dollars annually.

“Am I grateful for the pill?” asks Piraye Beim, CEO of Celmatix, a company focused on reproductive health. “Yes. Absolutely. Do I deserve something better? Yes.” Celmatix is perhaps the only company in the world building a massive data engine explicitly to power precision reproductive medicine.

Modeled on the National Institutes of Health’s cancer genome atlas, Beim’s company has spent 10 years building a private version for women’s health. With 850 terabytes of data—a mix of proprietary genetics studies of 7,000 women, fertility treatment outcomes for 500,000 patients, and data from public studies, including ones like Lazorwitz’s—Beim hopes to eliminate the guesswork. “We’ve got the playbook from oncology; we know how to decode these different genetic responses and then build DNA tests to help people make informed decisions,” says Beim. “But it’s still really, really early days.”

The company is mining its database to investigate a range of women’s health questions. Last August, Celmatix teamed up with Ferring Pharmaceuticals, a Swiss maker of fertility drugs used during in vitro fertilization, to investigate how a woman’s DNA dictates how her body responds to such treatment. The hope is to identify genetic risks for some adverse IVF outcomes, such as ovarian hyperstimulation syndrome, which, though rare, can be fatal. Celmatix also hopes to discover new drug targets for diseases like endometriosis and polycystic ovarian syndrome and, potentially, to identify next-generation contraceptives. That last project is just getting underway, with funding from the Bill & Melinda Gates Foundation; the long-term goal is to create completely new kinds of birth control that aren’t just reformulations of the same old hormones.

“Hormones are a very powerful tool, but they’re the biggest hammer you could possibly use,” says Beim. New molecules might only target ovary cells, for example, instead of every cell in a woman’s body. And one day, that could mean women will have real choices when it comes to birth control, not just the illusion of choice. Let’s just hope it doesn’t take another 60 years to get there.