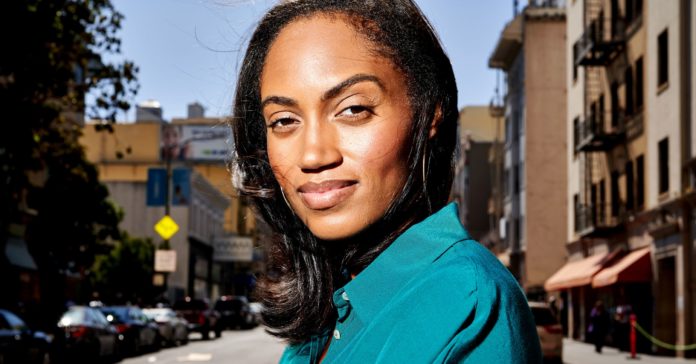 It’s International Women’s Day, a time to celebrate the achievements of women around the world and throughout history. But the day is also about recognizing the hardships women face and the continued urgency of the fight for gender equality.

That is true of WIRED’s world too—the world of technology and science, of media and innovation. Though this magazine was cofounded by a woman, and women have been key figures in every part of scientific and technological progress, men’s narratives still dominate. Men still hold more STEM jobs. Men make more of the money. Men’s issues are treated with more respect and funded at higher rates. Men have more power. To be a woman in science and tech and even media is often to be outnumbered, overlooked, undervalued, or harassed.

Even International Women’s Day itself is evidence of a lack of equality. If women were equal members of society, would they need their own special day, or month? This day, even in its celebration, is proof of a problem. And yet, women rise.

Today, in honor of International Women’s Day, we want to highlight just a few of the incredible women WIRED has written about over the years, whose work breaks boundaries, makes new worlds possible, and sets the stage for the future. These women are fighters, they are visionaries, they are tireless advocates for change, for progress, for hope. And you should know their names.

“It might surprise today’s software makers that one of the founding fathers of their boys’ club was, in fact, a mother,” WIRED wrote in a 2015 profile of Margaret Hamilton. Hamilton was working as a coder at MIT in 1960, planning to apply to graduate schools to get a PhD in math. But before she could pursue that dream, she wound up changing the world. The Apollo space program began, and Hamilton would lead the team at MIT in charge of onboard flight software on the Apollo computers. She did all this with only an undergraduate degree and while raising a toddler. Her work at the time was not only groundbreaking but radical in that it was coming from a woman. Hamilton was the ultimate outlier. Without her, the modern computing era would not be what it is today.

Artificial intelligence has a problem: The biases of its creators are getting hard-coded into its future. Fei-Fei Li has a plan to fix that—by rebooting the field she helped invent.
Christie Hemm Klok

Stanford computer science professor Fei-Fei Li works at the forefront of artificial intelligence. As codirector of the Stanford Human Centered AI Institute, she and her team are trying to imbue artificially intelligent algorithms with human sensitivity. This is the kind of technical work that has an invisible impact on almost all walks of life. Algorithms and other forms of AI are increasingly determining our world; they decide everything from who gets out of prison to what medication patients should take to who gets hired for which job to where your child goes to school. As such, algorithmic bias—that is, human bias that gets transferred, often unintentionally, into algorithmic systems—can undermine social progress and further stratify society. In a field with a documented lack of gender balance, Li is working to obliterate such bias, to ensure that when the computers are making decisions, they are being fair.

Jewel Burks works every day to try to make the tech industry more diverse and accessible, but first and foremost she’s an entrepreneur.
Michelle Groskopf

Jewel Burks works every day to try to make the tech industry more diverse and accessible to all people, of every gender, race, nationality, age, and socio-economic level. But Burks is a maker, first and foremost. WIRED featured her in our 25th anniversary issue as someone who will “shake up the next 25 years” of tech. She was nominated by Reddit and Initialized Capital cofounder Alexis Ohanian, who first met Burks when she launched a cutting-edge computer vision app called Partpic. Partpic lets you use a smartphone to snap a picture of a mechanical part you need to replace, and then it helps you order those parts. Though Burks had no background in computer vision, she recognized there was a need for such an app and taught herself how to build it. Partpic went on to raise more than $2 million in venture capital—especially notable given that women, and especially women of color, often face difficulty getting funded. Burks then sold the company to Amazon, where its technology is used to power replacement-part searches in Amazon’s shopping app. Burks now leads a team inside Amazon and advocates for racial and gender inclusion in her industry.

Donna Strickland might just have the coolest job in the world. She plays with lasers for a living. Her specialty is getting lasers to pulse so brightly for a fraction of a second that they “contain more power than the entire US electricity grid,” according to WIRED’s profile of her work last year. Why were we profiling her in 2018? Oh yeah, because she won the Nobel Prize in Physics for her contributions to the field. She was the first woman to win the prize in physics in 55 years. “Obviously, we need to celebrate women physicists, because we’re out there,” Strickland said when she won.

Elizebeth Friedman was one of the founders of modern cryptography, the information-security methodology that underpins everything from cybersecurity to digital surveillance. During World War II, she and her husband worked as code breakers, spying on the Nazis and helping the Allied forces win the war. Daily they intercepted and decoded messages about what the enemy was up to, arduous and technical work that resulted in the arrest of Nazi spies. For years, her husband was hailed as the sole creator of cryptanalysis, the field they pioneered together. Now she is finally getting her due, thanks in part to a 2017 biography by former WIRED writer Jason Fagone titled The Woman Who Smashed Codes. You can read an excerpt of that book here.

Cohl Furey, a mathematical physicist at the University of Cambridge, is finding links between the standard model of particle physics and octonions, numbers whose multiplication rules are encoded in a triangular diagram called the Fano plane.
Susannah Ireland/Quanta Magazine

Cohl Furey’s work is so complex it’s difficult to describe, but her research has implications for the very building blocks of reality. Furey is obsessed with figuring out the mathemat­ical laws of nature. Her discoveries challenge the standard model of particle physics, revealing how octonions—eight-dimensional numbers with special properties—could be at the heart of how atoms hold together. Furey’s work builds on decades of research and seems to confirm widely held suspicions in the field about the relationship between pure math and physics. Now a postdoctoral researcher at the University of Cambridge, Furey could change our under­standing of how the world works.

You’ve heard about gene editing and the magic “Swiss Army knife for genes” that is Crispr technology. Crispr ushered in a new era for biological sciences, driving a renewed interest in gene therapies for disease, raising the risk of “designer babies,” creating new ways to store information in DNA, and even making crazy-sounding notions like resurrecting the woolly mammoth to fight climate change maybe sort of possible. And it was cocreated by two women: UC Berkeley professor Jennifer Doudna and Emmanuelle Charpentier, director of the Max Planck Institute in Berlin, who published their work on bacteria in 2012. (The question of who owns the patents to Crispr technology has been the subject of an intense legal battle with scientists at the Broad Institute, who six months later published work using the technique in human cells for the first time. Last fall, the US Court of Appeals for the Federal Circuit ruled in favor of the Broad Institute.) Doudna, a WIRED 25 icon, has gone on to be a leading voice for caution in the field, urging scientists to think through the ethics of what Crispr enables before following the science wherever it could lead.

Susan Fowler’s most famous contribution to technology happened when she left the industry. She’d been working as a programmer at Uber, but after facing discrimination and sexual harassment, which the company dismissed, she quit her job and in 2017 published a blog post detailing her experience. That post sparked a national conversation about how women are treated in the tech industry. And it took guts. In the wake of her post, more women came forward with stories of harassment in the tech world. Uber hired former US attorney general Eric Holder to review its policies and culture; shortly after Holder’s recommendations were released, Uber’s CEO resigned. While many tech companies, including Uber, have updated their harassment policies, the changes come too late for some women. Fowler now works as a writer at The New York Times.

Betty Holberton, and the women who programmed the first true computer

The Electronic Numerical Integrator and Computer didn’t look anything like computers of today. It weighed 27 tons and comprised 1,800 vacuum tubes and diodes. But ENIAC was the world’s first computer, and it was conceived as a way to help the war effort during World War II. Since most men were overseas fighting, a team of six women ran ENIAC: Betty Holberton, Kay Mauchley Antonelli, Marlyn Meltzer, Ruth Teitelbaum, Jean Bartik, and Frances Spence. They continued to work on it as the Cold War raged, using its computing power to help design a thermonuclear warhead. Holberton went on to codevelop one of the earliest programming languages, without which the internet and modern digital computing would not be possible. But the contributions of these six programmers went largely unrecognized for decades, until a Harvard student researching women in computing rediscovered them in 1986.

The Scientist's Drug Dealer: How Researchers Get Illicit Drugs

GizmoCrazed - May 24, 2019 0
(Credit: Photographee.eu/Shutterstock) Public interest in the science of powerful psychoactive drugs is at an-all-time, er, high. Evidence for the therapeutic benefits of marijuana, MDMA, psilocybin...

You Can Make Your Own Scale With a Rubber Band and...

Overstock is officially pivoting to blockchain

Scientists Are Citing Patents for Things That Don't Actually Exist