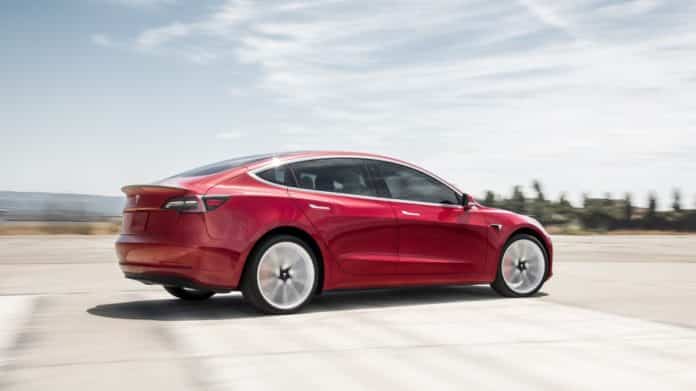 Look at the back of your car or the next car passing by. Unless it’s an ultraluxury Lamborghini or something similar, you likely just saw which car company made the car (maybe a Honda) as well as which model it is (probably a Civic).

Now look at the backside of a Tesla Model 3, the electric car company’s newest sedan.

It’s almost entirely bare, save for the Tesla logo above the license plate. (The dual motor version is badged and says “Dual Motor,” so there are exceptions.) Its predecessors, Models X and S, out in 2015 and 2012, respectively, didn’t get this same treatment — their names were prominently displayed on the backs of the car. But when the new Model 3s first started appearing out of factories and on roads in 2017 the only clue a car was the Model 3 was a Model 3 license plate frame from the dealership. Now that the cars are more abundant, the frames are coming off, and there’s little to indicate which car it is. 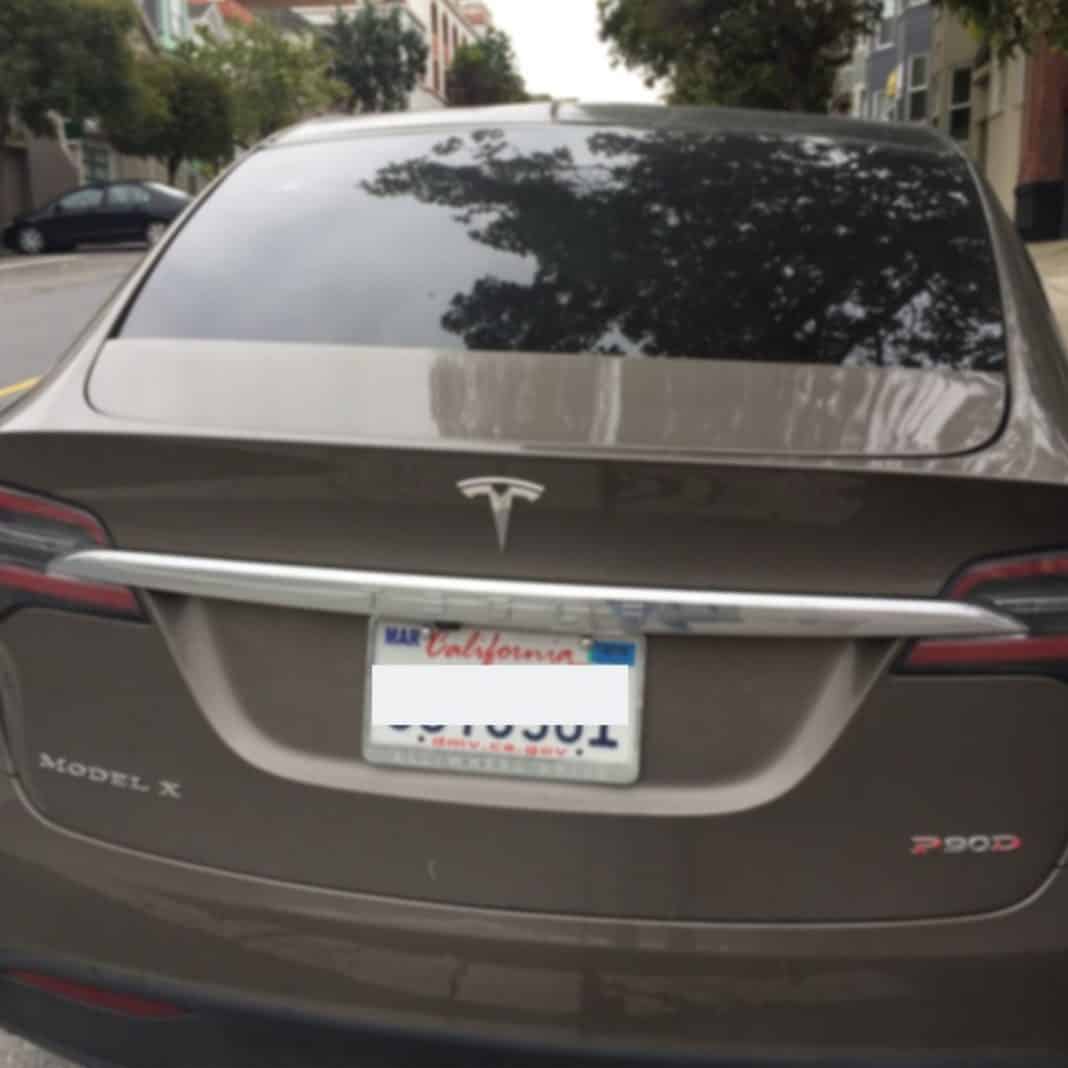 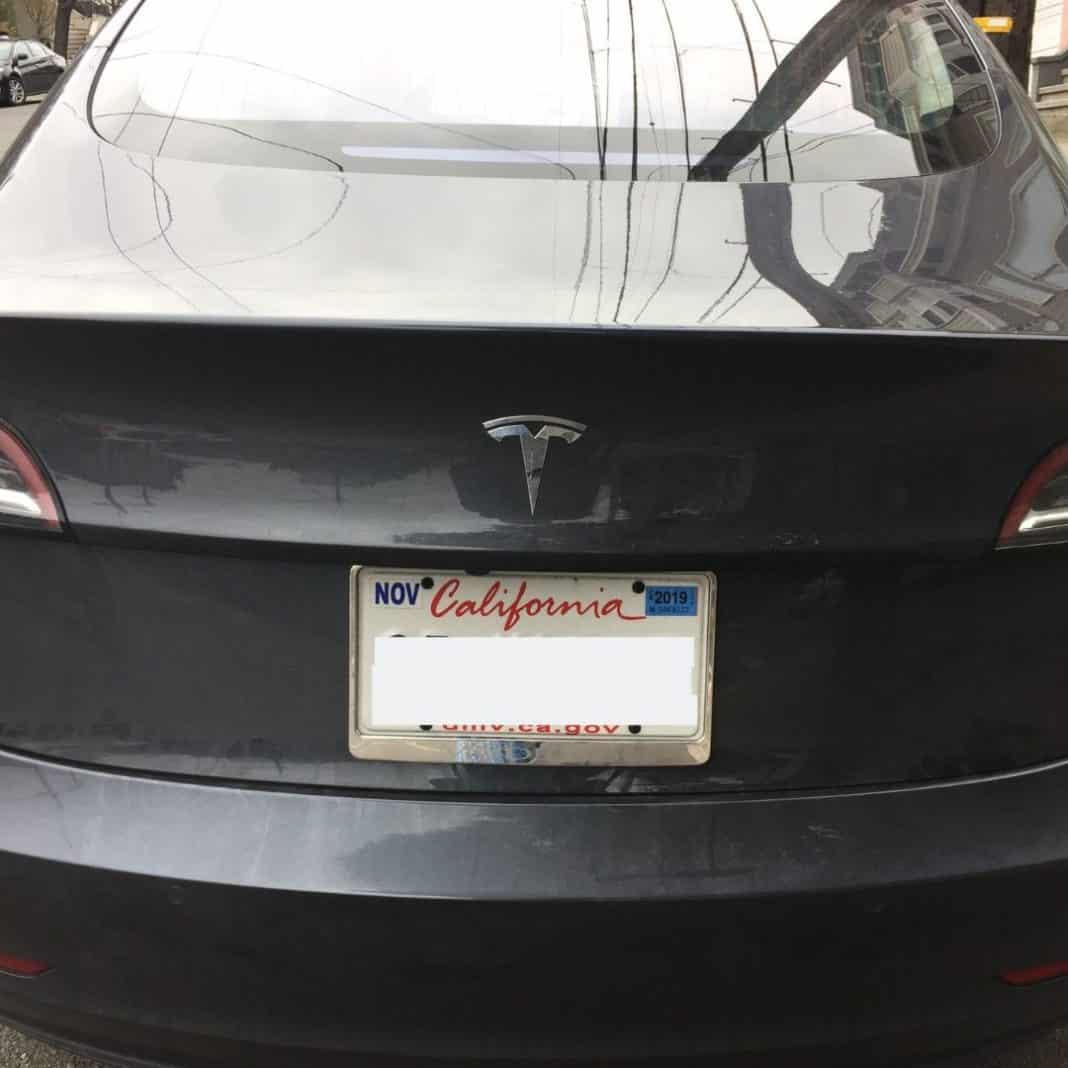 Model 3, not so much

After taking a test ride last week I discovered the model name actually was printed on the car, just in the doorway of the driver seat. A more private identifier to reassure the driver, perhaps?

Badging is what the car industry calls marking the front and back of a vehicle with a brand logo, name, model number, engine specification, and other stickers, pendants, imprints, etchings, and more. Europe and the UK have a long history of both false modesty and intentional “de-badging.” You might have the base Mercedes SL or the V12 engine version, literally double the price. If you as a car owner remove the badges, no one will ever know if you sprung for the higher-end version or scrimped with the base model.

Tesla CEO Elon Musk wants electric vehicles to be for the masses, not just the elite and wealthy. The Model 3 currently starts at $42,900, but Musk is determined to get it to $35,000. At that price point it’s supposed to feel more accessible, yet maintain its premium features and high-end look and design. 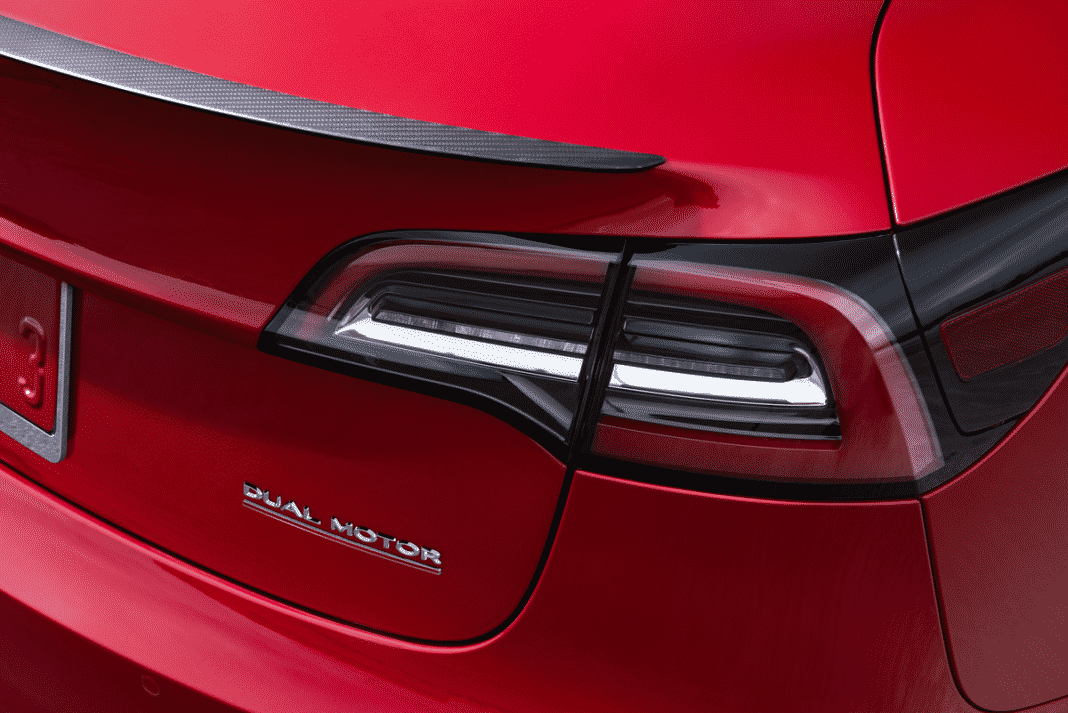 Springing for the badge on the dual motor version

So maybe the Model 3 de-badging is to achieve that state of ambiguity seen in Europe. It’s neither an expensive, unattainable vehicle nor a basic, low-end ride.

Karl Brauer, executive publisher at car valuation company Kelley Blue Book, sees the nearly bare Model 3 backside as “purposeful and meaningful.” Tesla decided to not add a bunch of extraneous stuff on its car, but kept a clean, stark appearance, he thinks. Brauer sees this as setting a tone and message of the type of car and level of luxury expected inside and while driving.

Automobile Magazine praised Tesla’s aesthetic: “the studied simplicity of both interior and exterior will let this car age extremely well, that in 10 years it will still look contemporary and beautifully understated, not old and irrelevant.”

With that distinctive design, you could argue that Tesla decided it didn’t need a badge to mark it as the Model 3. The design itself does that, Brauer suggested.

But there’s a less glamorous/more practical side of this, too: “a minimalist design happens to save you a lot of money,” Brauer said. With fewer badges, chrome, and additional fixtures, it’s easier to scale and produce a lot of the cars, as quickly and as efficiently as possible.

As Brauer pointed out, the past year for Tesla has been about learning about mass production. Musk slowly whittled down variations in the manufacturing process, whether it was paint colors, trims, or battery configurations.

“The simpler you make a car … the cheaper it is to produce,” Brauer said. It’s nothing major, but all those M, O, D, E, L, and 3 badges on thousands of cars add up.

TrueCar chief industry analyst Eric Lyman agrees. “Their design is minimalist strategically so it can be more affordable,” he said in a phone call this week.

Lyman also shared a piece of automotive lore about car maker Acura. In its early days in the late ’80s and early 90s, the cars had names like the Integra and Legend. But eventually the company switched over to alpha-numeric names, like the MDX. Why the change? It’s believed that the vehicle names were pushing ahead of the brand, with people more familiar with the models instead of the brand, which was still young and being established.

Lyman sees a similar logic with the Model 3: Tesla wants people to say they drive a Tesla instead of a particular model. It’s easy to forget, but Tesla is still a startup brand. 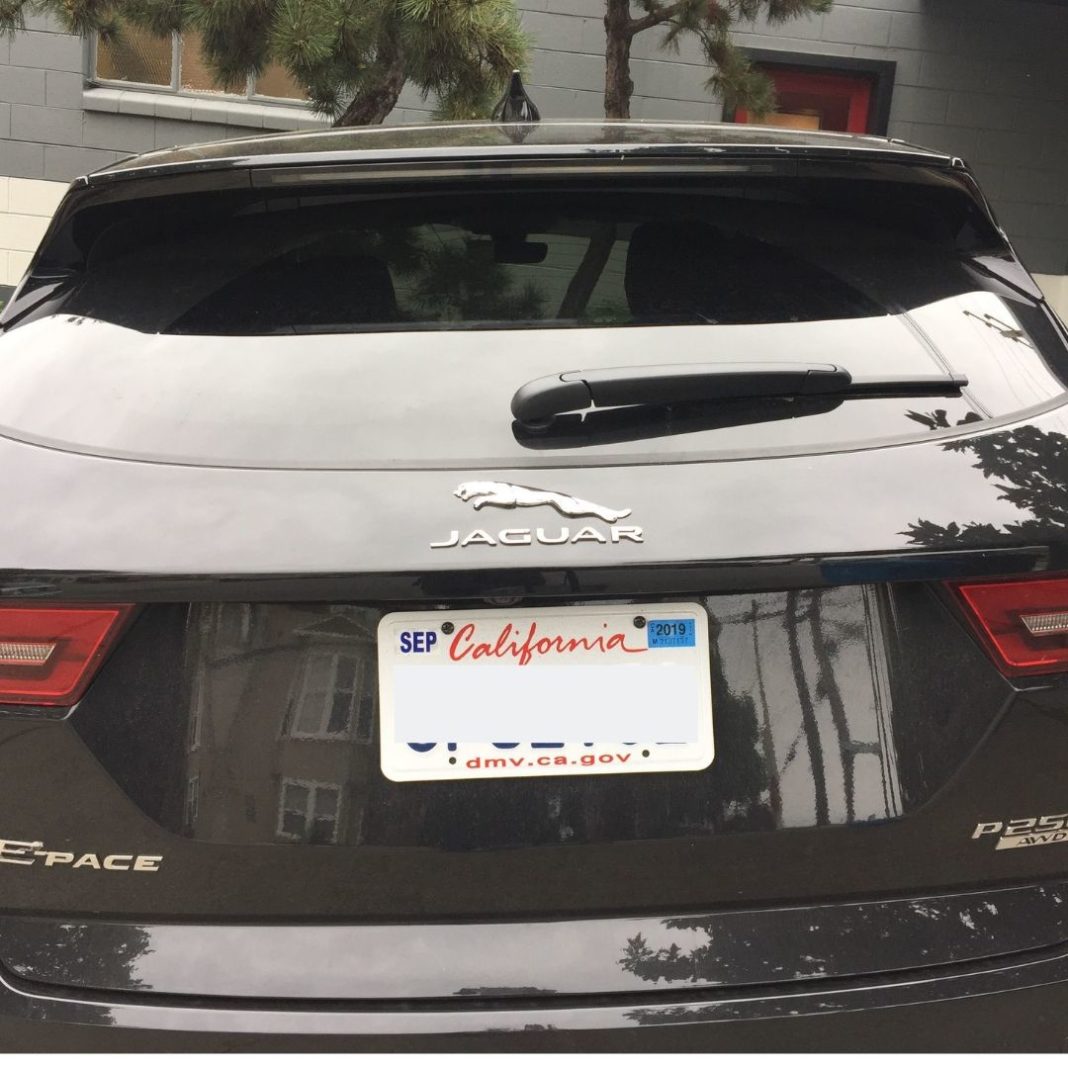 Jaguar is a Tesla competitor. 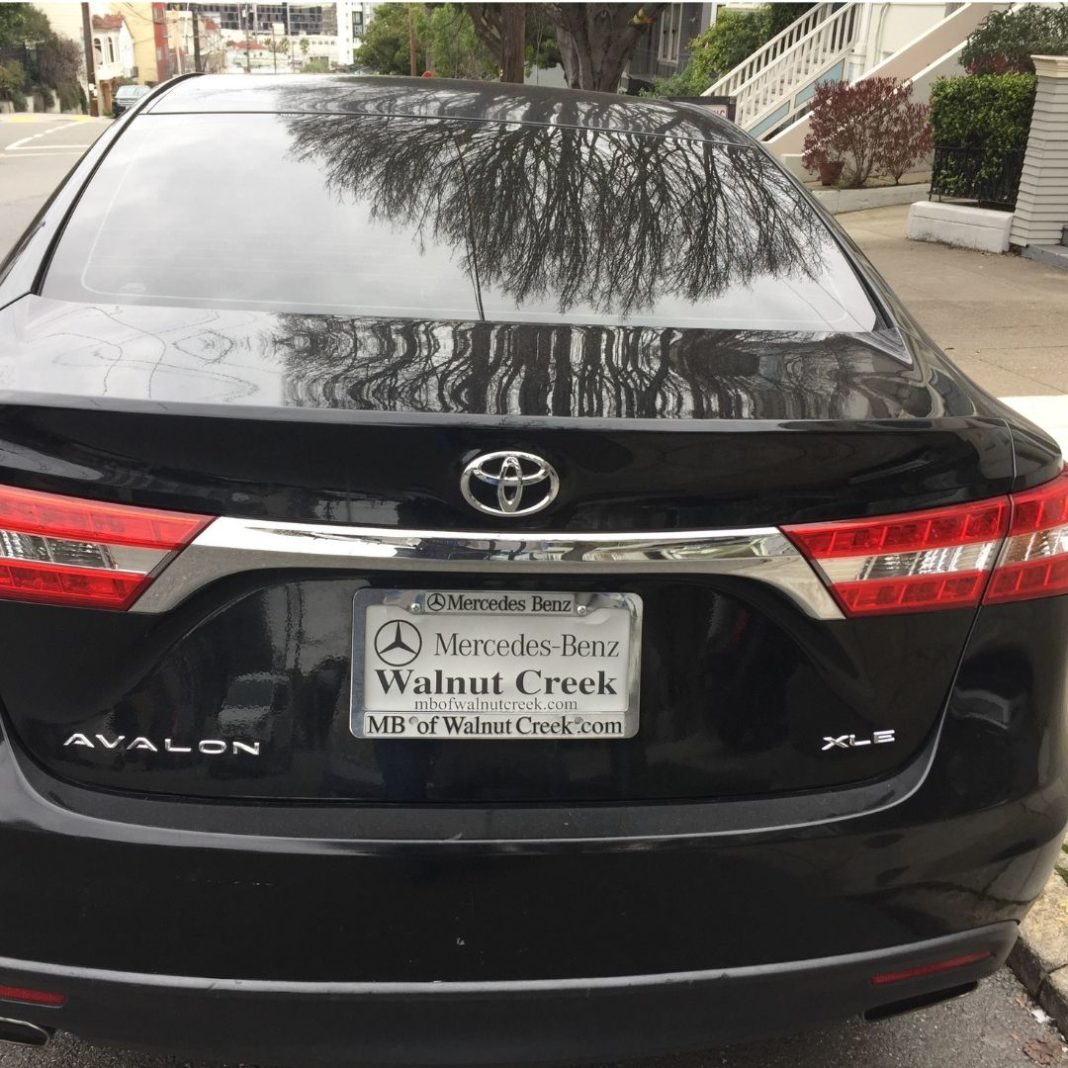 Joe Wiesenfelder, executive editor at Cars.com, said in an email that it’s confusing that Tesla is emulating the highest-end brands with its missing model badge, but simultaneously trying to appeal to a wider audience. “It’s pretty rare for a mass-market vehicle not to have its model identified externally” — except for in some cases of very well-known vehicles, like the Chevy Camaro or Ford Mustang, he said.

“Perhaps these iconic cars are recognizable enough that they don’t need conspicuous model badging?” And perhaps Tesla sees themselves part of these automotive icons, no badges or labels necessary — or at least, that’s what they’re aiming for. 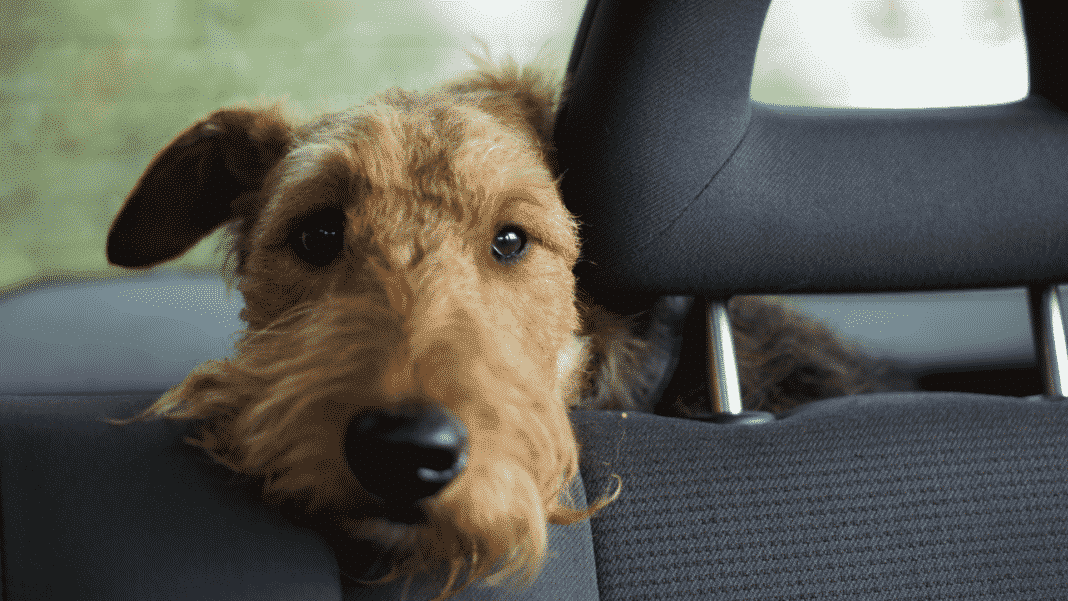