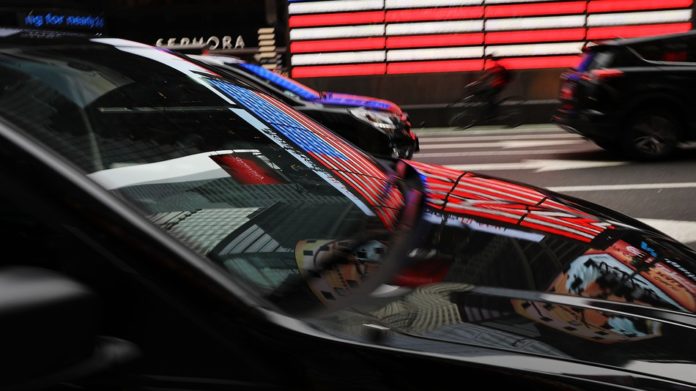 Ordering an Uber or Lyft in New York City just got pricier.

Back in August, the city council voted on a minimum rate for independent contractors driving for ride-hailing apps such as Uber, Lyft, Via, and Juno. The new city law is supposed to guarantee drivers a rate of $17.22 per hour after expenses, which supporters say is a livable wage.

Now, the time has come for those new rates to kick in. With the higher pay, Uber says riders should expect to see higher fares. A new surcharge to fund the Metropolitan Transportation Authority (MTA) will make some rides even more expensive.

Without giving specific rate increases, Uber said “to account for the implications of this new rule, we will be increasing the price of Uber trips in NYC.”

Lyft and Juno are separately suing over the NYC Taxi & Limousine Commission’s rollout of the new pay increase, both arguing that it favors Uber.

A judge ruled in Lyft’s favor Friday and offered to hold off — but Lyft (and any other ride apps unwilling to pay the minimum wage) will have to pay into an escrow account in the meantime. The next hearing is on March 18.

Lyft will not abide by the taxi commission’s new pay rules, but explained that it will still increase driver pay in NYC, just with its own formula. For customers, this means rates for Lyft rides will also likely go up.

IDG drivers fought hard for minimum wage for app-based drivers & the city sided with the workers! But just 2 days before the pay raise, @Lyft & @Juno sued to block the pay raise.

Join us in fighting this injustice, text PAY to 64336 to sign our petition to stop this lawsuit! pic.twitter.com/l7y7YqL65B

In a statement, Lyft said, “Drivers shouldn’t suffer while we work to right the TLC’s mistakes, so we are immediately raising driver pay as we continue our fight in court.”

Via, an NYC-based carpooling app, said it’s not affected by the new driver pay rules.

“The vast majority of drivers on the Via platform are already earning more than the city’s new minimum wage,” the company wrote in a statement.

The Independent Drivers Guild, a union representing app-based drivers in NYC, is outraged at the lawsuits. “This would be a nightmare for drivers who are desperately awaiting this raise,” a spokesperson for the group said Friday in a statement.

To make everything more complicated, a separate New York state congestion fee went into effect Friday. That tacks an extra $2.75 for rides in Manhattan (75 cents for a shared ride). That surcharge goes entirely to the MTA — not to drivers for Uber and other companies.

For a company like Via, that means riders will still have to pay more for rides in Manhattan.

Uber did the math and with all the city and state fees, taxes, and surcharges, the average New York City UberX ride will cost $22. More than 20 percent, or about $4.50, of that will go toward NYC-specific charges.

Scientists Find a Brain Circuit in Mice That May Encourage Overeating

How to Cook With Weed—and a Dash of Tasty, Tasty Science

Slowing Down Time With “Phantom Flex” Camera At 2,564 Frames Per...