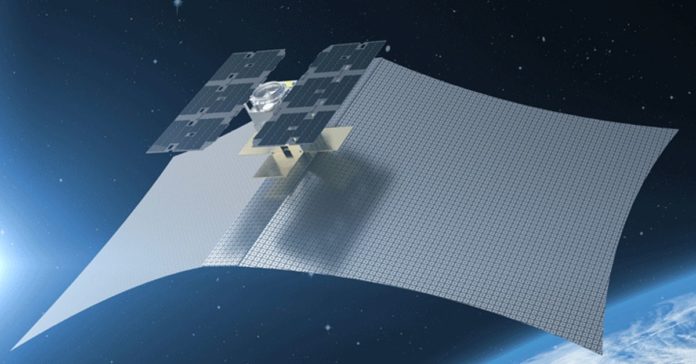 The first alert came on January 27. Two small satellites, whirling through Earth’s low orbits, had “the potential for a conjunction.”

Those are the words Major Cody Chiles, spokesperson for the Joint Force Space Component Command, uses to mean “the chance of a collision.” The satellites, one from a company called Capella Space and the other from Spire Global, could smack into each other.

It falls to the Air Force’s 18th Space Control Squadron to issue alerts on potential collisions, when it deems those events to be likely enough. In this case the chance of a direct hit was, depending on whom you ask, either really small or kind of scary. The squadron, based on its data and a somewhat generic model, estimated the likelihood at between 0.2 and 10 percent over a 72-hour period. But it’s a guessing game.

If the satellites were to collide, shards of satellite (years of work, some dollar signs) would shoot out, lost, into space. They would turn into yet more bits feeding the already significant swirl of space debris imperiling other orbiters.

Spire, which operates around 60 small satellites that track ships and weather, wasn’t that worried about this warning.

Capella, which has just a single satellite, was.

But given that the squadron tracks more than 24,000 space objects, such messages end up arriving as often as junk mail. In 2016 the unit sent out almost 4 million of these “conjunction data messages,” whose seriousness varies from “pay attention” to “consider ducking.” But some small satellites, including Spire’s, can’t duck: They don’t have propulsion systems, so they can’t puff-push themselves away from danger. In potential encounters like this one, the other party sometimes becomes the one that has to move. But if neither satellite can shove itself off-course, the situation gets more complicated.

Capella only recently sent its first satellite, named Denali after the national park, into orbit aboard a rocket called the SmallSat Express, which in December launched more than 60 others at the same time. Founded in 2016, Capella has an origin story that itself goes back to a crash. Founder Payam Banazadeh, like everyone else in 2014, was perplexed by the disappearance of Malaysian flight 370, the plane that vanished on its way to China. “We asked ourselves, ‘Why is it that we can’t find this massive 777 plane on this one planet we call home?’” says Banazadeh, a former engineer at NASA’s Jet Propulsion Laboratory. “It must be that we’re not monitoring our planet enough.”

That’s one part of the answer. Satellites that see visible light, his reasoning goes, can’t peer through clouds or the darkness of night. Much of the world, much of the time, is lost to them. Instead of passively collecting light, Capella sends radio waves toward the ground. They bounce back, altered by whatever they encounter, and the satellite picks them up, making a space-based radar system. “We’re sending energy and signals from our own satellite, as opposed to waiting for the light to come to us,” Banazadeh says. “It’s as if we’re carrying our own flashlight.”

With such a system, you can watch ships, keep tabs on crops, identify flooding, even do some government surveillance. You could maaaaaybe help find a missing jet. In any case, Denali was just a demonstration satellite, not part of the fully functional fleet of dozens that will launch in the coming years. But it was their first, and therefore their treasured testbed.

So when Capella got the conjunction alert from the 18th Control Squadron, the mood in its California mission-control room was tense. As time ticked by, the company says the probability of collision was going up. They didn’t want to think about the relative velocity (around 34,000 mph) and violence of that hypothetical crash, or what it meant for Denali. So they decided to move it out of the way.

The engineers at Spire, meanwhile, were preparing data: Its satellites, which collect GPS signals that have traveled through the atmosphere, have accurate senses of their own positions, better proprioception than what the Air Force can provide from the ground. “So when someone contacts us and says, ‘Hey, there’s a conjunction-style event happening; it’s four days out,’ we pay closer attention to those satellites and start downloading data,” says Nick Allain, head of brand at Spire. He’s got it down to a routine. The company receives multiple messages of this sort each week for its 60-some satellites.

Spire’s satellites can’t propel themselves, so gathering data is the most important thing the company can do. In a dire situation, Spire can tilt a satellite’s solar arrays to change its drag, hopefully nudging it out of harm’s way. (“Imagine how a flying squirrel flies,” Allain says.)

Dodging this potential collision, though, fell to Denali, which had thrusters on board—but they were untested. So on Tuesday, January 29, they fired up the system. To their relief, it seemed to work. So they put it to use, firing four times, aiming to raise Denali’s orbit roughly 50 meters with each push. “If we didn’t have the maneuverability capability, then it would have been a very scary situation,” says Banazadeh.

They didn’t know for sure that that was good enough. On January 29, the team watched to see if a collision would happen.

Soon after lunchtime, the Air Force “confirmed the event was nominal … following the safe passage between the two satellites.”

Allain, numbers backing him, seems confident that would always have been the case. “You tend to take care of the big risks before you launch,” he says, by mapping out the major obstacles in orbit and setting a satellite’s trajectory accordingly.

But with a growing population of objects circling the Earth, many of which can’t jiggle themselves out of the way, the number of small risks is steadily mounting. Neither Spire, which has one of the biggest private flocks in orbit, nor Planet, which has the actual largest, put propulsion systems on their small satellites. Both have passive ways to alter their paths, although using them to avoid a collision can require more advance warning. Allain also cites some propulsive downsides: It can make it harder to track those orbiting instruments, and putting a bunch of fuel-filled small things on a rocket is risky. Plus, small satellites, being more diminutive and having shorter lifespans than larger satellites, have a lower chance of crashing into stuff than objects with more surface area and longer life expectancies.

But the chance isn’t zero. And not everyone thinks passive systems are enough. Banazadeh, for instance, suggests that there should be regulations requiring satellites to have some kind of propulsion or other collision-avoidance system. Building satellites that can go vroom, in this line of logic, isn’t just for the good of those satellites. It’s for the common good of satellite kind, and for the protection of space itself. Space is big … but not so big that the debris from a crash would just disappear.

Inside the Mind of Amanda Feilding, Countess of Psychedelic Science

GizmoCrazed - February 15, 2018 0
Amanda Feilding, Countess of Wemyss and March, also known as Lady Neidpath, sits cross-legged on a bench on a tiny island at the center...

Here’s What Men And Women Look For When Buying A New...