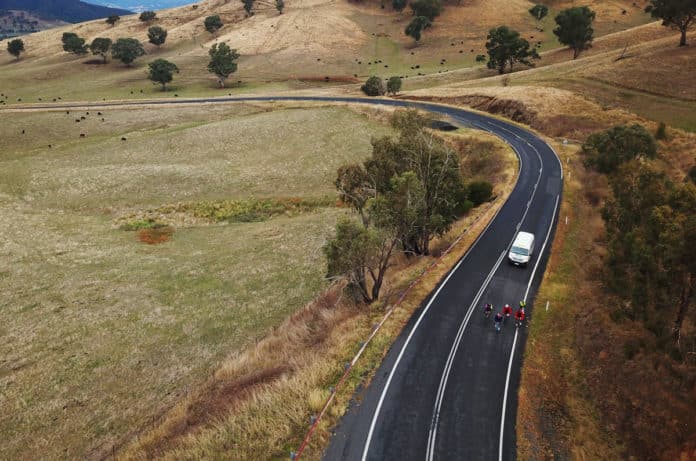 On a misty autumn morning in Australia’s Royal National Park, just south of Sydney, a peloton of nearly two dozen cyclists tackles a 3,740-foot ascent. When they reach the highest point of the day’s 45-mile ride — the first leg of a weeklong journey — they’re rewarded with cookies and candy from support staff, followed by a downhill glide along a sandstone escarpment. Far below them, waves of the Pacific barrel toward shore and explode in clouds of foam.

The group is not training for an athletic event. Instead, the 21 cyclists and their support crew have united to promote an unconventional pain management approach. The team wants to start a revolution. The road ahead is a long one.

Australian physical therapist and pain scientist Lorimer Moseley, 48, got the idea for the annual ride because he wanted to connect with other practitioners, and patients, to change how they thought about and treated chronic pain, particularly in rural areas where access to care is limited. The first Pain Revolution outreach tour hit the road in 2017. Covering more than 500 miles of southern Australian roads, the cyclists spent their nights in small towns and hamlets, offering talks on pain science and its practical application. The response was so enthusiastic that Moseley and his University of South Australia colleagues developed a formal training program for local pain educators. The inaugural class convened in 2018.