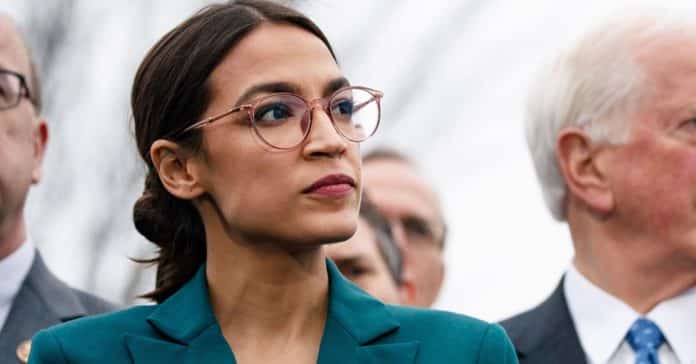 If it’s hard to imagine the sweeping changes proposed in the “Green New Deal” actually happening, don’t blame the Green New Deal. It’s just that it has been so long since any politician suggested something so grand. The wildfires, hurricanes, droughts, and sea level rise that climate scientists have long promised are here, but we could get accustomed to that. We could forget that the world of five years ago or a decade ago was any different. And we got used to elected representatives saying predictable things about it too—doubt and denial, or expressions of concern that climate change is too complicated and too expensive to deal with. We grow accustomed to their farce.

So it’s jarring when something breaks the pattern. A resolution from the US House of Representatives that proposes national, urgent action on climate change and more—well, we’re not used to that. A vast set of policies to fight climate change, prepare for its effects, address income inequality, and save working-class jobs, fronted by a brand-new congressperson with a national profile—Alexandria Ocasio-Cortez, New York’s AOC? That’s new. The so-called Green New Deal reads like a wholesale reset to the Democratic Party platform, weaving the existential threat of a warming planet into old-school liberal themes. Defend the working class. Clean up pollution. Give people health care and housing.

What changed? It’s all emblematic of a significant—and recent—shift in how scientists and local politicians talk about the climate. With a leadership void at the top, other groups have stepped into the breach. Politics made the Green New Deal possible; a new approach to talking about climate makes it plausible.

It’s right there at the top. The Green New Deal’s first four lines call out the Intergovernmental Panel on Climate Change’s “Special Report on Global Warming of 1.5℃” from last October and the US government’s own Fourth National Climate Assessment, released ignominiously on Black Friday. Past iterations of those reports were stolid accounts of what various computer models said about the potential meaning of limited historical data under certain scenarios as determined by … oh I’m sorry, I must have dozed off. But the latest reports don’t hide under caveats. They are clear-eyed accounts of what’s happening today and what will happen tomorrow if humans don’t get their greenhouse gas-emitting acts together. It might’ve also helped that predictions for a once-far-off midcentury are now only 25 years away.

NCA4 and the IPCC 1.5℃ broke through because they put the consequences of inaction into the language not of science but of policymakers—economic losses underway, the new ranges of diseases, the numbers of extra deaths you can expect from extreme heat. Couple that with 2018 being the fourth-hottest year on record (beaten by the previous three years) and having had 241 billion-dollar disasters, and all this climate stuff starts to look true. They’re also things you can put into a House Resolution, right up at the top.

While the federal government was absenting itself from the global fight against climate change, state and city governments have had to go it alone. You could argue about how effective any one city can be when it tries to limit emissions, or how effective an international consortium of cities might be. When states like California and New York determine that they’re going to transition to renewable and environmentally sensible energy sources, that maybe has more oomph—those states buy a lot of power from other places, and the impact a California can have on the electricity market is a lot like the impact a California can have on automotive fuel-efficiency standards: outsized.

The Green New Deal echoes those state-led pushes for cleaner energy. It aspires to have all of the United States’ power needs met with renewable and zero-emission sources, via a rebuilt national grid. It attempts to overhaul transportation, the sector most responsible for emissions. That’s what governors and mayors started talking about when President Trump announced his intention to pull the US out of the Paris Climate Agreement. “The goals and projects in the resolution seem consistent with many activities underway in US cities and states, as well as activities underway overseas, as well as the best understanding from many scientific assessments,” says Robert Lempert, a Rand researcher who was a chapter lead for both IPCC and NCA4. “So it seems like state- and local-level policy was one, but not the only, input.”

The authors of the recent scientific work have been explicit about their warnings, about the fact that they were talking about consequences felt today, not in 50 or 100 years—and about trying to make policymakers hear them. Those authors wanted to give policymakers something they could use in a resolution or bill like the Green New Deal. The unwillingness of the federal government to look hard at climate change and energy forced states and cities to take on the problems if for no other reason than they’re the ones who deal with floods, fires, and hurricanes first. And together they all provided a climate-change rationale for an activist-government agenda.

Did the authors of the Green New Deal absorb all that on purpose? “Of course it’s intentional!” emails Michael Burger, executive director of the Sabin Center for Climate Change Law at Columbia Law School. Ocasio-Cortez, Senator Ed Markey (D-Massachusetts), and the other legislators working on these ideas “comprehend the extraordinary risks that climate change presents. They also articulate a clear set of values—around justice, equity, inclusion—that can be served in taking action on climate change.”

Considered through a realpolitik lens, the Green New Deal has flaws. It ignores land use and cities. It’s vague on how it would accomplish its goals, as on rebuilding all of agriculture. It elides some fights among environmental groups. But of course it’s not legislation. In the same week as the House had its first real hearing on climate change in a decade, this resolution attempts to turn the fight about dealing with climate change into a fight about governance. “It’s mostly climate, but it’s also non-climate pollution, clean water, jobs, livable communities,” says John Furlow of the International Research Institute for Climate and Society at Columbia University. “There was always a nervousness about what would happen with climate in the farming community … In manufacturing it was nervousness that regulations would cause more jobs to go overseas.”

By pouring everything in those silos into one bin, the Green New Deal attempts to build a new coalition. It seems crazy. But really, it’s a last-chance amplification of smaller, incremental, hopeful changes already happening around the country—built into a broader vision for political change. Too wild? Maybe. As the dyed-in-the-wool hacks never say until after the balloons drop: Politics is the art of the impossible.

GizmoCrazed - October 19, 2018 0
Researchers at the University at Buffalo have found that 3D printers have fingerprints, essentially slight differences in design that can be used to identify...

How BlackBerry is Making its Comeback