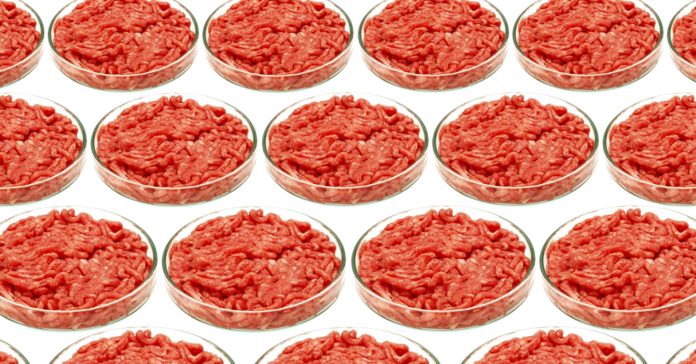 A future in which your hamburger is grown from animal cells in a lab is rapidly approaching. The idea is that by culturing meat in a vat, you not only cut down on animal slaughter but greatly reduce emissions, on account of cattle taking a lot of energy to raise and butcher and ship. That’s not to mention their digestive systems venting a significant amount of the greenhouse gas methane into the atmosphere.

That’s the idea, anyway. The problem is that there’s very little data to back up the assumption that in vitro or cultured meat, as it’s also known, would be better for the environment than cattle. Scientists know the impact of that cattle; in the US, animal agriculture is responsible for around 4 percent of greenhouse gas emissions. But we hit a snag with quantifying the impact of wide-scale production of in vitro meat, because it, um, doesn’t exist yet.

But that’s not stopping scientists from modeling the potential emissions of an eventually mature lab-grown meat industry. Today in the journal Frontiers in Sustainable Food Systems, researchers explore an interesting wrinkle: Not all greenhouse gases are created equal.

Raising cattle involves CO2 and methane (along with lots of grain and water), whereas cultured meat wouldn’t traffic in much methane. Methane is a far more potent greenhouse gas than CO2, so on the surface that sounds like a win for cultured meat. But it disappears from the atmosphere far faster than CO2—in 12 years versus thousands of years for CO2. So if large-scale cultured meat production starts pumping out a whole lot of CO2, that’s going to be particularly problematic on large timescales. “Energy-intensive forms of cultured production could be quite an extreme case, where you’re basically swapping methane—because cattle emit a lot of methane—for potentially fossil fuel carbon dioxide,” says study lead author John Lynch, an environmental scientist at the University of Oxford.

To build their models, the researchers looked at prior quantifications of greenhouse gas emissions from meat production, specifically cattle. (They chose cows because the animals are particularly emissions-happy among livestock.) They then asked: Looking forward 1,000 years, what might the emissions of cultured meat look like compared with traditional cattle raising?

Like any model, this came with assumptions. For one, researchers assumed humanity wouldn’t decarbonize energy production in that time period—meaning we’d still be burning fossil fuels to power the plants that produce in vitro meat. Also, the lab-grown meat industry doesn’t really exist yet, beyond a few largely experimental labs. That’d be companies like Just, which is working on chorizo, and Finless Foods, which is working on fish. “There’s a lot of uncertainty in what real-life cultured meat production looks like, so we put a range of the currently proposed footprints in the climate model,” says Lynch.

What they found was a major discrepancy in the effects of CO2 and methane. In the short term, lab-grown meat could lead to less warming, because it doesn’t spew that extremely potent methane like real cows. But in the long term, the trend flips—lab-grown meat could result in more warming than cows because it’s using up energy and spewing CO2. (Part of the reason the researchers used a huge timescale of 1,000 years in their modeling was to observe the differences in CO2 versus methane emissions over time.) If you suddenly stopped raising cattle, the methane emissions would dissipate rather quickly. But if you scaled up cultured meat production and then suddenly stopped, the CO2 would persist for millennia.

This, though, is loaded with caveats. The cattle industry emits its fair share of CO2 in addition to methane. And theoretically, instead of having to ship meat great distances from feedlots and processing facilities to consumers, you could just build in vitro meat facilities where the people are, which would cut down on transportation emissions. The study didn’t consider that. Also, the researchers are assuming meat consumption remains steady, and that we don’t switch to renewable energy production. But it’s safe to assume that these cultured meat companies, whose pitch to consumers is that their product cuts emissions, will power their facilities with renewable energy like solar. That and, again, the researchers are using estimates of emissions from an industry that hasn’t yet figured out how to culture meat at scale.

“It’s modeling systems that don’t yet exist,” says Alison Van Eenennaam, an animal geneticist at the University of California at Davis. “The thing that it still misses to me is that cows make more than hamburgers.”

Like, a lot more. Various parts of a cow make leather, gelatin, and pet food. Manufacturers use fat to make candles, lubricants, and even explosives. And of course, there’s the milk. “So I think it’s too simplistic of a modeling to say cows just produce hamburgers,” adds Van Eenennaam. The cultured meat industry may take a share of the hamburger market, but it can’t touch the spectrum of other products that come from cows.

Looking ahead dozens or even hundreds of years, it’s unlikely that lab-grown meat will totally replace traditional meat. In the developing world in particular, cows are so much more than food—they’re laborers and they’re currency. In the industrialized world, you’ll still have consumers who want that premium steak. Plus, these cultured meat companies still have work to do: They need to replicate not only the taste and mouthfeel and smell of beef, but the protein-packed nutrition of the stuff as well.

What science will need is a so-called “life cycle analysis” of cultured meat to show just how efficient it really is. “The trouble is you can’t do one until you’ve got a system running,” according to Van Eenennaam. “So it’s this chicken and egg kind of scenario, in terms of ‘This is what we estimate.’”

Nevertheless, researchers can still begin to probe what the industry might look like. Sure, environmental impact estimates come with a whole lot of uncertainty. “Yet these estimates help us understand what could be in terms of a range of possible future scenarios,” says Arizona State University engineer Carolyn Mattick, who has studied the industry. “From there, we can decide what should be in terms of both meat production and carbon intensity of energy sources.”

What’s more, the promises of lab-grown meat go beyond emissions. It’s estimated the technology would use 82 percent to 98 percent less water and 90 percent less land, according to David Welch, director of science and technology at the Good Food Institute, a nonprofit that promotes lab-grown meat. “If you imagine that significant a reduction in land use, you can focus on CO2 sequestration, but also the species loss reversal and reforestation,” says Welch. “Clean meat provides very significant improvements in other areas of the environment besides emissions.”

Again, those figures have yet to be borne out, because the clean-meat industry doesn’t so much exist yet. That data will come in due time, but for now, your burger will be grown on the ground, not in a vat.