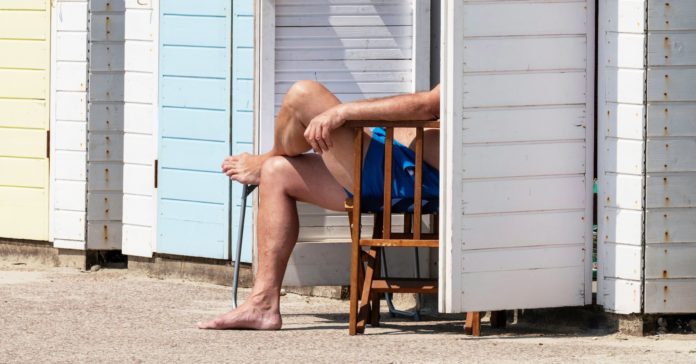 The United States may be home to the global epicenter of technology and innovation, but when it comes to things like voting machines, air traffic control, and sunscreen, we might as well be running Windows ME. Yep, to find some of the most outdated sun protection products in the world, look no further than the shelves of your local American drugstore. For years, the US Food and Drug Administration dragged its heels to do something about that, even as Europe—which treats sunscreens as cosmetics rather than over-the-counter drugs—embraced new kinds of solar radiation-stymying schmears, sticks, and sprays.

On Thursday, FDA commissioner Scott Gottlieb announced that the agency is finally beginning a process to update the way it regulates sunscreens, in an effort to bring them in line with 21st-century science. The US has not approved any new photoprotective molecules, the active ingredients in sunscreen, also known as UV filters, since the Clinton administration. In the meantime, new research has raised concerns about how some of these active ingredients affect the human body and the environment. “Since the initial evaluation of these products, we know much more about the effects of the sun and about sunscreen’s absorption through the skin,” Gottlieb said in a released statement. “Today’s action is an important step in the FDA’s ongoing efforts to take into account modern science to ensure the safety and effectiveness of sunscreens.”

For now, the new regulations are just proposals. The public will have 90 days to submit written comments, which the agency will then evaluate before making the rules final. But there are some big changes that could have significant implications for sunscreen manufacturers come November, when the FDA’s deadline for establishing its updated industry guidelines comes due.

Chief among the changes is the FDA’s proposal to reevaluate the 16 currently approved ingredients on the market. The agency has now classified only two—zinc oxide and titanium dioxide—out of the 16 as being “generally recognized as safe and effective,” the so-called GRASE standard. The agency named PABA and trolamine salicylate as not safe for nonprescription use. And for the remaining 12, even though some of these filters have been in use for decades, the agency feels there isn’t sufficient evidence to grant them GRASE status. To prove that they are, the FDA is asking sunscreen-makers to submit additional data, including new tests to measure how the body absorbs those ingredients into the bloodstream and what effects they might have on various tissues, especially over many, chronic applications.

“Thus far there’s been no indication that any of these 12 UV filters currently on the market are unsafe in humans,” says Henry Lim, a dermatologist at Henry Ford Hospital in Detroit and the former president of the American Academy of Dermatology. He stresses that people shouldn’t panic and dump all their tubes in the trash. Sunscreen, he says, is still an important tool for limiting exposure to ultraviolet rays, a major risk factor for skin cancer. “But because of the different nature of these UV filters, the FDA wants companies to submit more data from absorption studies.”

Different how? Well, what you’re paying for when you buy a bottle of sunscreen are the molecules that scatter and absorb UV radiation emitted from the ball of hot gas and plasma at the center of the solar system. In order to fend off frequencies that can damage your DNA and lead to cancer-causing mutations, these molecules must be able to block both UVA and UVB wavelengths (about 320–400 and 290–320 nanometers, respectively). These kinds of molecules come in two flavors: organic and inorganic.

Inorganic filters are opaque particles—tiny, microscopic chunks of minerals that sit atop your skin in a protective layer, absorbing and reflecting back photons in both the UVA and UVB ranges. Titanium dioxide and zinc oxide are both inorganic filters—that’s why they are almost impossible to rub in and leave their users plastered with a ghostly, sticky pallor.

Organic filters, on the other hand, can exist in either liquid or solid forms. Their chemical structures allow them to be absorbed into your skin, where they then absorb photons through aromatic rings that dissipate the solar energy in the form of heat. Some organic filters only absorb UVA frequencies, and some only absorb UVB, so different types are frequently combined to achieve broad-spectrum protection. A few filters absorb both types of light, making them among the most widely used ingredients. One of those is oxybenzone, which has become controversial recently for its links to endocrine disruption in animal tests and coral bleaching in laboratory studies.

Oxybenzone is one of the 12 organic UV filters the FDA is asking manufacturers to test further to prove they’re safe and effective in humans. Edgewell Personal Care, maker of Banana Boat and Hawaiian Tropic sunscreens, said in a statement emailed to WIRED that it supports the efforts of the FDA and “looks forward to working with the agency to ensure we provide consumers with smart choices for sun protection that also meet all relevant regulatory guidelines.” Johnson and Johnson, which owns Neutrogena, voiced similar support in an email from a company spokesperson. Bayer, which owns Coppertone, did not respond to requests for comment.

In addition to the proposed regulations on product ingredients, the FDA is also asking manufacturers to submit more data on new forms of sunscreen, like SPF powders, wipes, body washes, and shampoos, before determining if those too are safe. And they’re requiring that all sunscreen products display their active ingredients on the front of the packaging, similar to other over-the-counter drugs.

But what exactly does all this mean for you? In the long-run, the updated rules should lead to more and better choices, by evening the playing field between established companies that have dominated the US market for decades, and foreign sunscreen-makers hoping to get their next-generation UV-filtering molecules approved here. “It’s great for consumers that the FDA is finally standardizing the industry and holding manufacturer’s feet to the fire,” says Yale’s David Leffell, one of the nation’s leading dermatologists.

In the meantime though, he’s not changing any of his advice to patients. Skin cancer is still the number-one form of cancer in the US, with more than 5 million Americans treated for it each year. And while there is evidence that wearing sunscreen decreases your risks of the disease, fewer than 15 percent of men and 30 percent of women in the US regularly use it. Leffell says that in the past few years, he’s seen an uptick in his patients asking for inorganic sunscreens, and he’s happy to make recommendations. “But at the end of the day, the best sunscreen is the one you don’t mind putting on,” he says.

GizmoCrazed - March 14, 2014 0
What if you accidentally invented something one day and had no clue what it was and how it worked? Would that be a recipe...

Real Cloud Trapped Inside a Building