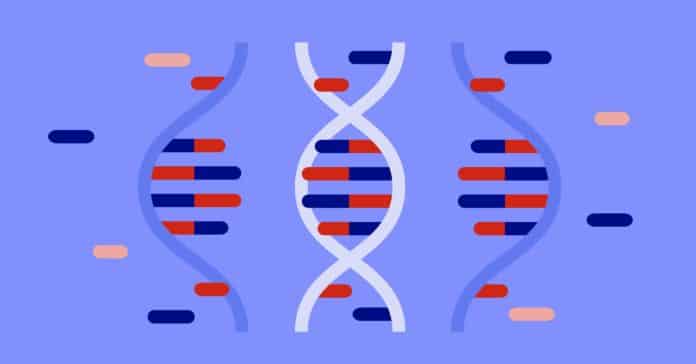 Police departments around the country are getting increasingly comfortable using DNA from non-criminal databases in the pursuit of criminal cases. On Tuesday, investigators in North and South Carolina announced that a public genealogy website had helped them identify two bodies found decades ago on opposite sides of the state line as a mother and son; the boy’s father, who is currently serving time on an unrelated charge, has reportedly confessed to the crime. It was just the latest in a string of nearly two dozen cold cases cracked open by the technique—called genetic genealogy—in the past nine months.

This powerful new method for tracking potential suspects through forests of family trees has been made possible, in part, by the booming popularity of consumer DNA tests. The two largest testing providers, Ancestry and 23andMe, have policies in place to prevent law enforcement agencies from directly accessing the genetic data of their millions of customers. Yet both companies make it possible for customers to download a digital copy of their DNA and upload the file to public databases where it becomes available to police. Searches conducted on these open genetic troves aren’t currently regulated by any laws.

But that might not be true for much longer, at least in Maryland. Last month, the state’s House of Delegates introduced a bill that would ban police officers from using any DNA database to look for people who might be biologically related to a strand of offending, unknown DNA left behind at a crime scene. If it passes, Maryland investigators would no longer have access to the technique first made famous for its role in cracking the Golden State Killer case.

Maryland has been a leader in genetic privacy since 2008, when the state banned the practice of so-called “familial searches.” This method involves comparing crime scene DNA with genetic registries of convicted felons and arrestees, in an attempt to identify not only suspects but their relatives. Privacy advocates argue that this practice turns family members into “genetic informants,” a violation of the Fourth Amendment. A handful of other states, including California, have also reined in the practice. But only Maryland and the District of Columbia outlawed familial search outright.

“Everyday law enforcement should never trump the Constitution,” says delegate Charles Sydnor III, an attorney and two-term Democrat from Baltimore. Sydnor is sponsoring the current bill, which would expand Maryland’s protections of its residents’ DNA even further. “If the state doesn’t want law enforcement searching databases full of its criminals, why would it allow the same kind of search conducted on citizens who haven’t committed any crimes?”

But opponents of House Bill 30 dispute that the two methods share anything in common. At a hearing for the proposed law in late January, Chevy Chase police chief John Fitzgerald, speaking on behalf of Maryland chiefs and sheriffs, called the bill a “mistake” that would tie investigators’ hands. “A search is a government intrusion into a person’s reasonable expectation of privacy,” he said. Because public databases house DNA from people who have freely consented to its use, as opposed to being compelled by police, there can be no expectation of privacy, said Fitzgerald. “Therefore, there is no search.”

Here is where it might help to have a better idea of how genetic genealogy works. Some police departments enlist the help of skilled sleuths like Barbara Rae-Venter, who worked on both the Golden State Killer and recent North and South Carolina murder cases. But most hire a Virginia-based company called Parabon. Until last spring, Parabon was best known for its work turning unknown DNA into forensic sketches. In May it began recruiting people skilled in the art of family-tree-building to form a unit devoted to offering genetic genealogy services to law enforcement.

The method involves extracting DNA from a crime scene sample and creating a digital file made up of a few hundred thousand letters of genetic code. That file is then uploaded to GEDMatch, a public warehouse of more than a million voluntarily uploaded DNA files from hobby genealogists trying to find a birth parent or long-lost relative. GEDMatch’s algorithms hunt through the database, looking for any shared segments of DNA and adding them up. The more DNA shared between the crime scene sample and any matches, the closer the relationship.

Parabon’s genealogists take that list of names and, using public records like the US Census, birth and death certificates, newspaper clippings, and social media, build out family networks that can include many thousands of individuals. They then narrow down the list to a smaller cohort of likely suspects, which they pass on to their law enforcement clients. In both genetic genealogy and familial search, these lists of relatives generated by shared DNA are treated as leads, for police to investigate further using conventional detective work.

It’s easy to understand why law enforcement agencies in Maryland would want to halt the bill in its tracks. Last year, Parabon helped police in Montgomery and Anne Arundel Counties arrest suspects in two cold cases—a home invasion that turned deadly and a serial rapist who targeted elderly victims. The company declined to disclose how many open cases it is currently pursuing with the state, saying only that it has working relationships with a number of police departments across Maryland. The cost of each case varies, based on the number of hours Parabon’s genealogists put into the search, but on average it runs about $5,000.

Parabon’s CEO, Steven Armentrout, who also spoke out against the bill at the hearing last month, suggests that forensic genetic genealogy is no different than police knocking on doors. “A lead is a lead, whether it’s generated by a phone tip or security camera footage or a consenting individual in a public DNA database.” When police canvas a neighborhood after a crime has taken place, some people will decline to answer, while others will speak freely. Some might speak so freely that they implicate one of their neighbors. “How is this any different?” Armentrout asks.

The difference, say privacy advocates, is that genetic genealogy has the potential to ensnare many more innocent people in a net of police suspicion based solely on their unalterable biology. Today, more than 60 percent of Americans of European ancestry can be identified using open genetic genealogy databases, regardless of whether they’ve ever consented to a DNA test themselves. Experts estimate it will be only a few years before the same will hold true for everyone residing in the US.

“There isn’t anything resembling consent, because the scope of information you can glean from these types of genetic databases is so extensive,” says Erin Murphy, a law professor at New York University. Using just a criminal database, a DNA search would merely add up stutters of junk DNA, much like identifying the whorls on a pair of fingerprints. DNA in databases like GEDMatch, however, can tell someone what color eyes you have, or if you have a higher-than-average risk of certain kinds of cancer. The same properties that make that kind of data much more powerful for producing more distant and more accurate kin-relations make it much more sensitive in the hands of police.

Until very recently, GEDMatch was police investigators’ only source of consumer DNA data. Companies like 23andMe and Ancestry have policies to rebuff requests by law enforcement. But last week Buzzfeed revealed that another large testing firm, Family Tree DNA, has been working with the FBI since last fall to test crime scene samples. The arrangement marked the first time a commercial company has voluntarily cooperated with authorities. The news came as a shock to Family Tree DNA customers, who were not notified that the company’s terms of service had changed.

“That’s why a bill like this is so important,” says Murphy. Because the fine print can change at any time, she argues that demanding more transparency from companies or more vigilance from consumers is insufficient. She also points out that the proposed legislation should actually encourage Marylanders to engage in recreational genomics, because they can worry less about the prying eyes of law enforcement.

But despite Maryland’s history, HB 30 faces an uphill battle. In part, that’s because the ban this time around has been introduced as a stand-alone measure. The 2008 prohibition was folded into a larger package that expanded DNA collection from just-convicted felons to anyone arrested on suspicion of a violent crime. The other hurdle is that in 2008 there were not yet any well-publicized familial search success stories. With resolutions to several high-profile cold cases, forensic genetic genealogy has already captured the public imagination.

Representative Sydnor, who comes from a law enforcement family—his father is a probation officer, and he has one uncle who is a homicide detective and another who is an FBI agent—says he wants to catch criminals as much as anyone. He just wants to do it the right way. “DNA is not a fingerprint,” he says. “A fingerprint ends with you. DNA extends beyond you to your past, present, and future. Before we decide if this is the route we really want to take, citizens and policymakers have to have a frank and honest conversation about what we’re really signing up for.” Over the next few months, that’s exactly what Marylanders will do.

02/06/19 12:15pm EST This story has been updated to correct the title for the lower house of Maryland’s state legislature.