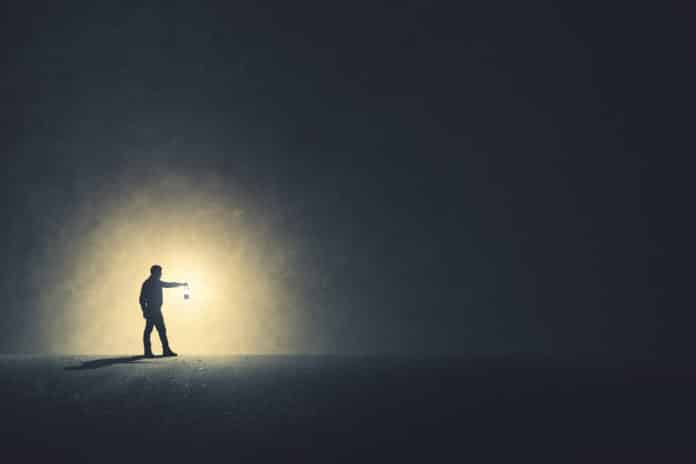 More than 21 million people worldwide suffer from schizophrenia, a profound mental illness that interrupts thinking, language and perception. Quite a few schizophrenic people experience delusions and hear voices. Many of the disease’s symptoms stem from faulty communication between brain cells. And, for decades, scientists have searched for a cure in the brain.

Now researchers say they’ve discovered that the way to heal schizophrenia might be through the gut. There’s an ecosystem of bacteria and microbes that live in our digestive tracts, known as the gut microbiome. And these may lead to some features of schizophrenia, an international team of scientists announced this week in the journal Science Advances. The discovery could revolutionize treatment options for schizophrenia.

“We understand schizophrenia as a brain disease,” Ma-Ling Wong, a medical geneticist at the State University of New York Upstate Medical University in Syracuse, who co-led the new research, said in a press briefing. “But maybe we need to re-examine this line of thinking and consider that maybe the gut has an important role.”

The idea that the gut is connected to mental health has been gaining traction in recent years. And research is now pointing to a link between the gut microbiome and an array of mental health disorders including anxiety, memory and motor deficits in Parkinson’s disease. A separate study, published Monday in the journal Nature Microbiology connected missing gut microbes to depression. Those mounting associations extend to schizophrenia as well, where the mental illness often co-occurs with gastrointestinal disorders marked by atypical gut bugs.

To explore the connection, Wong and colleagues sequenced the genetic material in stool samples from patients with schizophrenia, as well as healthy individuals recruited from the First Affiliated Hospital of Chongqing Medical University in China.

The most intriguing evidence came when the researchers gave germ-free mice fecal transplants from the schizophrenic patients. They found that “the mice behaved in a way that is reminiscent of the behavior of people with schizophrenia,” said Julio Licinio, who co-led the new work with Wong, his research partner and spouse. Mice given fecal transplants from healthy controls behaved normally. “The brains of the animals given microbes from patients with schizophrenia also showed changes in glutamate, a neurotransmitter that is thought to be dysregulated in schizophrenia,” he added.

The discovery shows how altering the gut can influence an animals behavior, and it also provides a new target for drug treatment.

“This would give us a completely new pathway toward treating schizophrenia,” Licinio said. “No treatments that we give today are based on a change of the microbes in the gut. So if you could show that would change behavior in a positive way, we would have a whole new way to approach schizophrenia.”

GizmoCrazed - December 8, 2016 0
NASA researchers will present new findings on a wide range of Earth and space science topics at the annual meeting of the American Geophysical...

‘Post-reality’ video of CG imagery projected on a dancing man at...