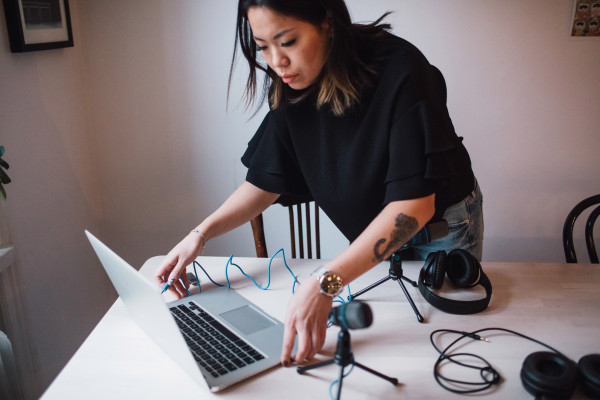 Launched in January 2017, WaitWhat will use the cash to create additional media properties across a variety of mediums, including podcasts.

Investors are gravitating toward podcast startups as consumer interest in original audio content skyrockets. Podcasting, though an infantile industry that hit just $314 million in revenue in 2017, is maturing, raking in venture capital rounds large and small and recording its first notable M&A transaction with Spotify’s acquisition of Gimlet and Anchor earlier this month. The music streaming giant shelled out a total of $340 million for the podcast production platform and the provider of a suite of podcast creation, distribution and monetization tools, respectively. It plans to spend an additional $500 million on audio storytelling platforms as part of a larger plan to become the Netflix of audio.

WaitWhat, for its part, dubs itself the “media invention company.” Founded by June Cohen and Deron Triff, a pair of former TED executives responsible for expanding the nonprofit’s digital media business, WaitWhat is today launching Should This Exist, a new podcast hosted by Flickr founder and tech investor Caterina Fake.  Fake will interview entrepreneurs about the human side and the impact of technology in the show created in partnership with Quartz.

“People don’t just transact with content; they want to feel connected to it through a sense of wonder, awe, curiosity, and mastery,” Cohen said in a statement. “These are contagious emotions, and research shows they stimulate sharing. Where many media companies aim for volume — putting out lots of content with a short shelf life — we’re building a completely distinctive portfolio of premium properties that are continually increasing in value, inspiring deep audience engagement, and creating opportunities for format expansion.”

Other investors in the round include Reid Hoffman, MIT Media Lab director Joi Ito and Liminal Ventures. WaitWhat previously raised a $1.5 million round from Victress Capital, Human Ventures and Able Partners, all of which have joined the A round.