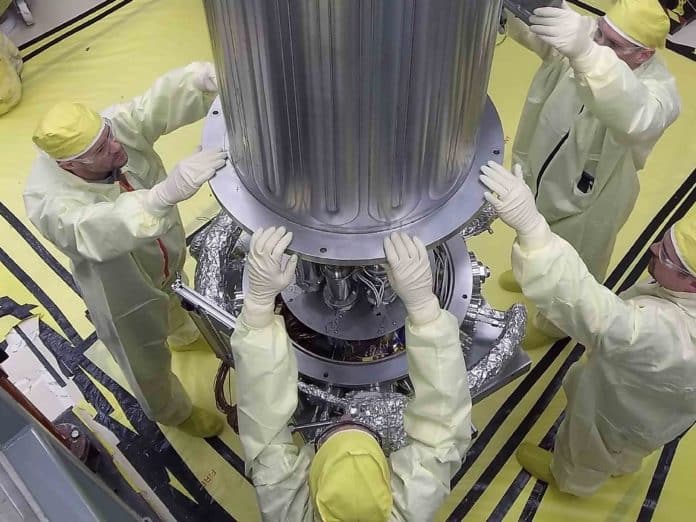 Want to start a space colony? Even if you don’t, space agencies across the globe do. Whether it’s a moon base now, à la the Trump administration’s plans for NASA, or a Mars landing later, such a colony will need a lot of power. And given the possibility of light-obscuring dust storms on the Red Planet and the moon seeing an uneven amount of sunlight, solar panels may not cut it. But don’t worry — Los Alamos National Lab has a plan.

It hinges on nuclear power, which, at its most basic, consists of harnessing energy from radioactive elements. Often, this energy comes from a process called fission, when a neutron rams through an atom’s nucleus, splitting it. A nuclear reactor houses this chaos and uses the resulting heat to generate power.