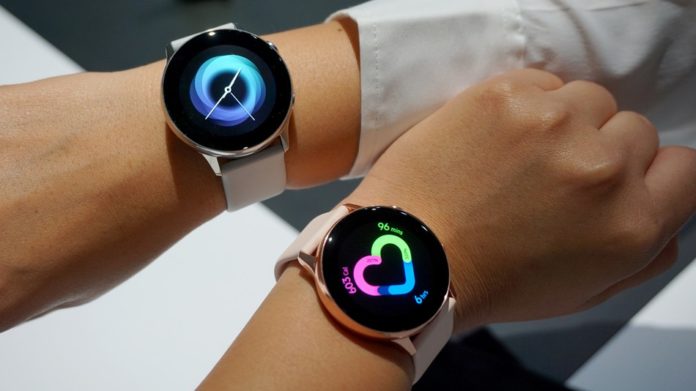 It was easy to miss amid all the foldable phone hype, but Samsung revealed its latest smartwatch Wednesday at its Unpacked event: the $199 Galaxy Watch Active.

But just because it didn’t have much time in the spotlight doesn’t mean the Galaxy Watch Active  isn’t worth checking out. While Samsung’s prior smartwatches have tended to be massive, its latest wearable is much more subtle — and one I’m much more likely to want to actually wear.

A followup to last year’s Galaxy Watch, the first thing you’ll notice about the Galaxy Watch Active is that it’s not nearly as bulky as the relatively massive Galaxy Watch. 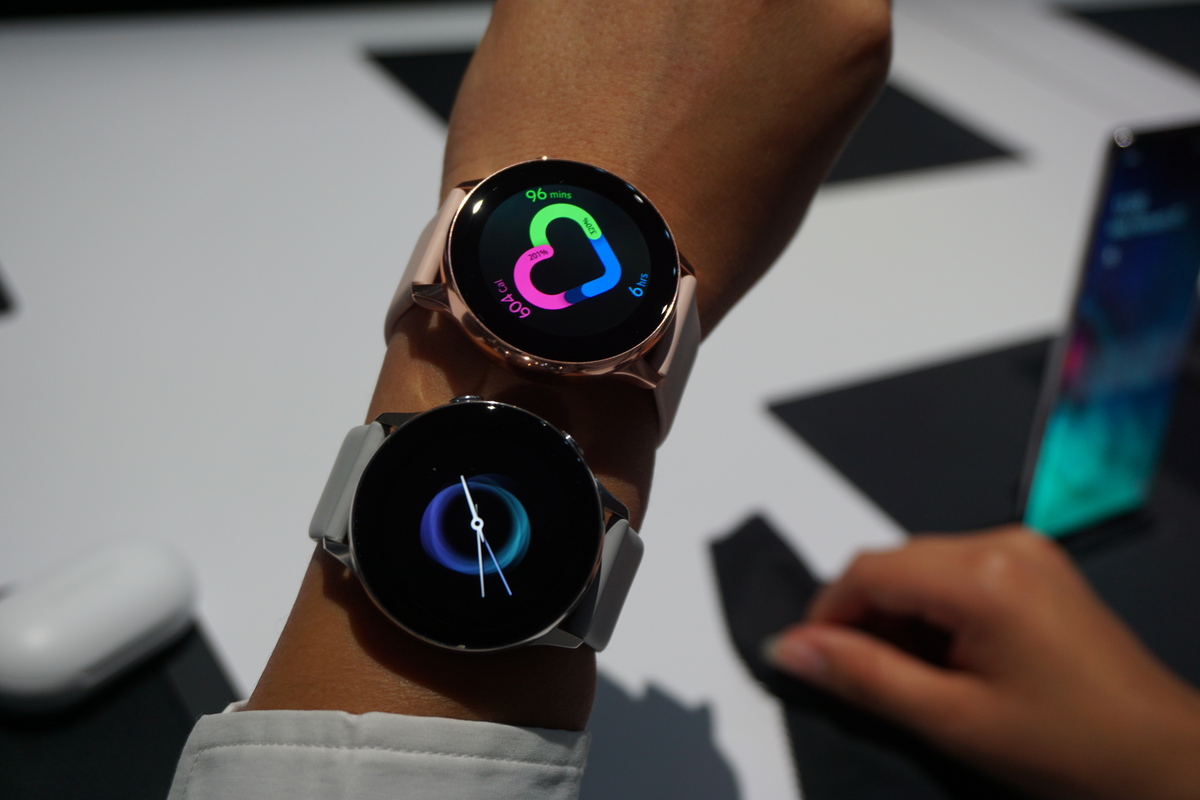 With a 40mm case and no rotating bezel, it’s noticeably slimmer — a welcome change for those of us with smaller wrists (or, really, anyone who appreciates a lower profile watch). 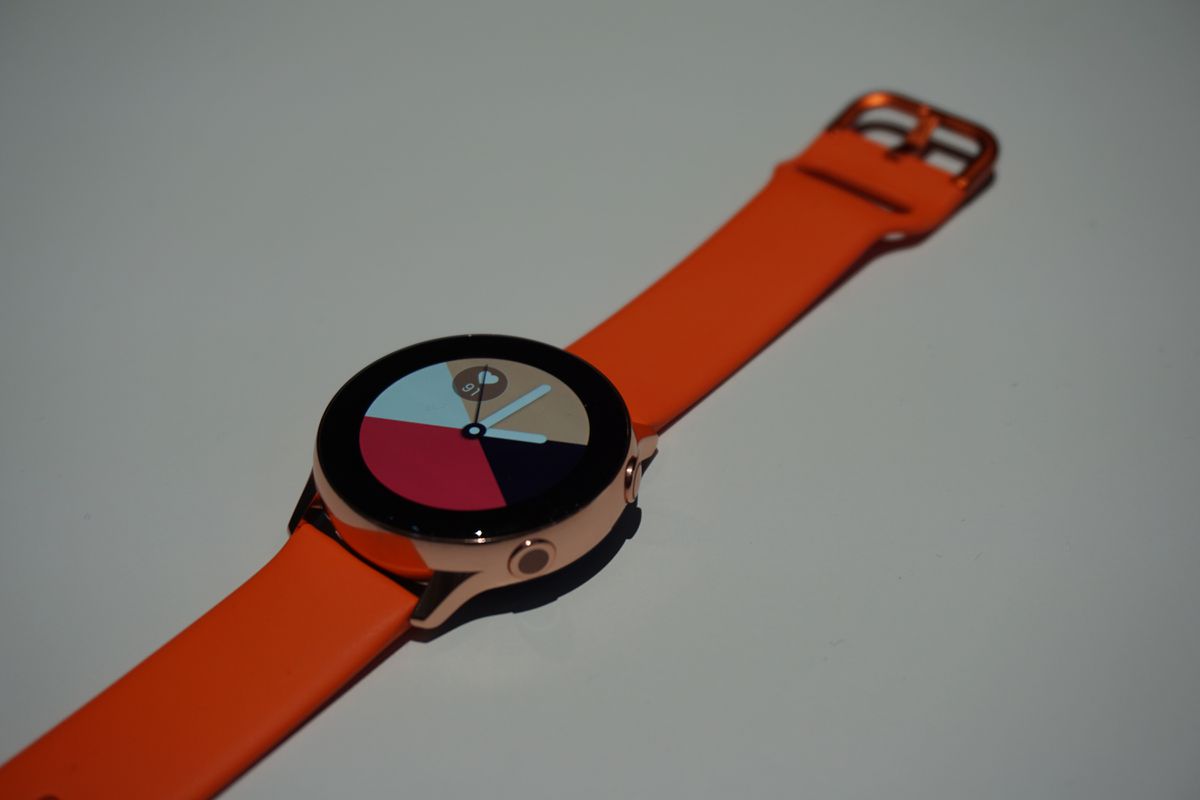 The Samsung Galaxy Watch Active has two side buttons instead of a rotating bezel. 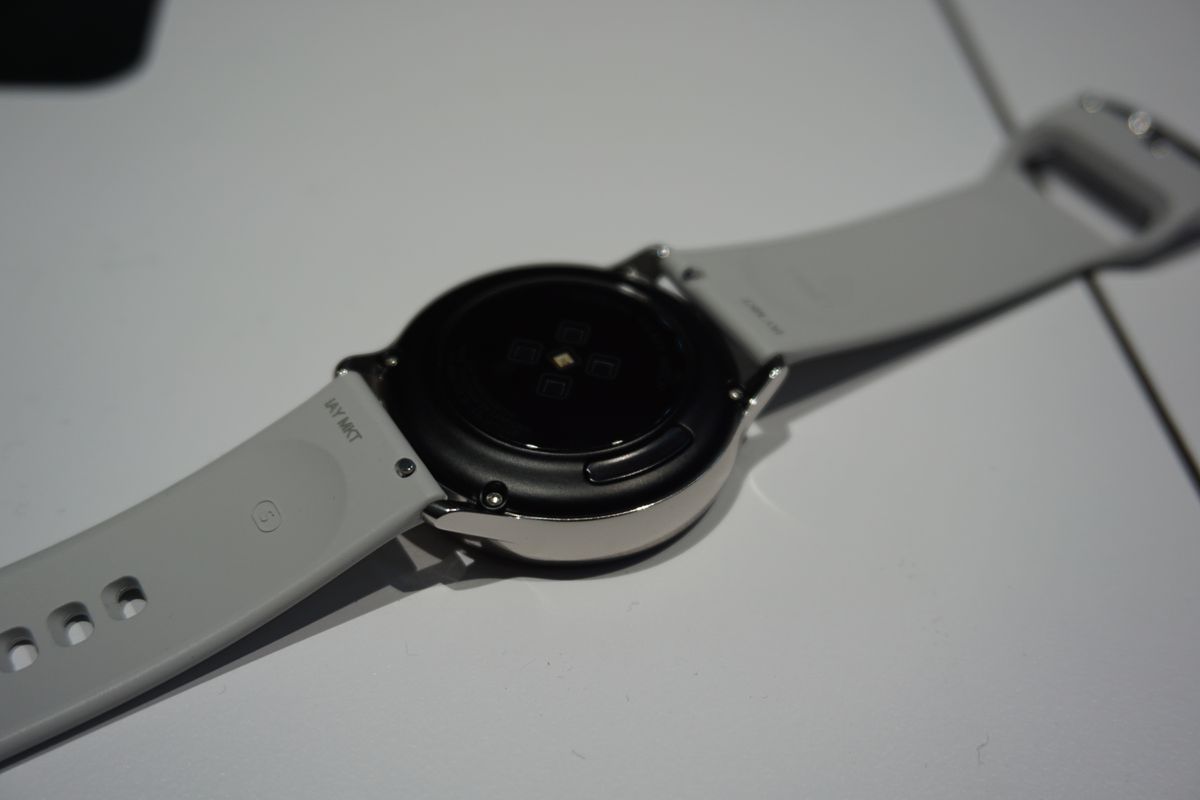 The back of the Galaxy Watch Active.

It comes in four different colors: silver, black, sea green, and rose gold (it’s about time Samsung hopped on the rose gold train) and ships with multi-colored bands that are very similar to Apple’s sport bands for the Apple Watch. 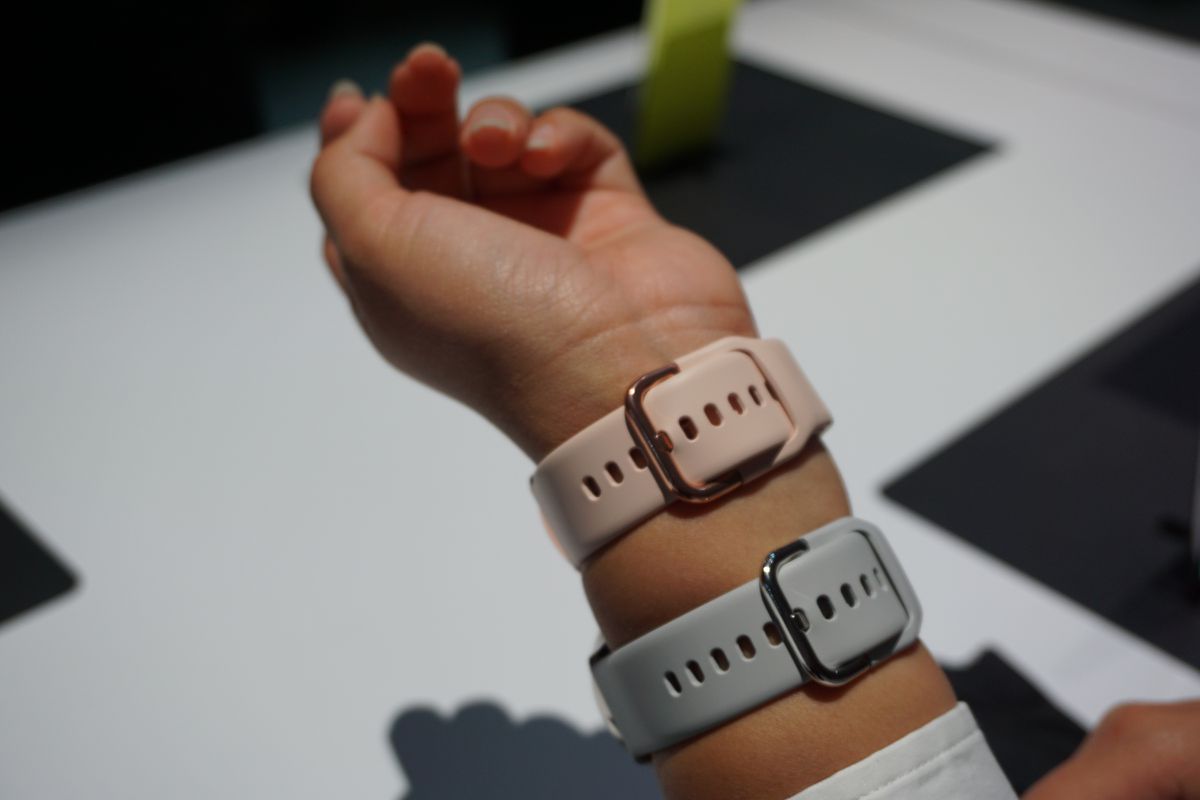 The bands are similar to Apple’s sport bands for Apple Watch.

I only wore the Galaxy Watch Active for a few minutes, but I was impressed by how light it was. And it was at least as comfortable as any Apple Watch I’ve worn. 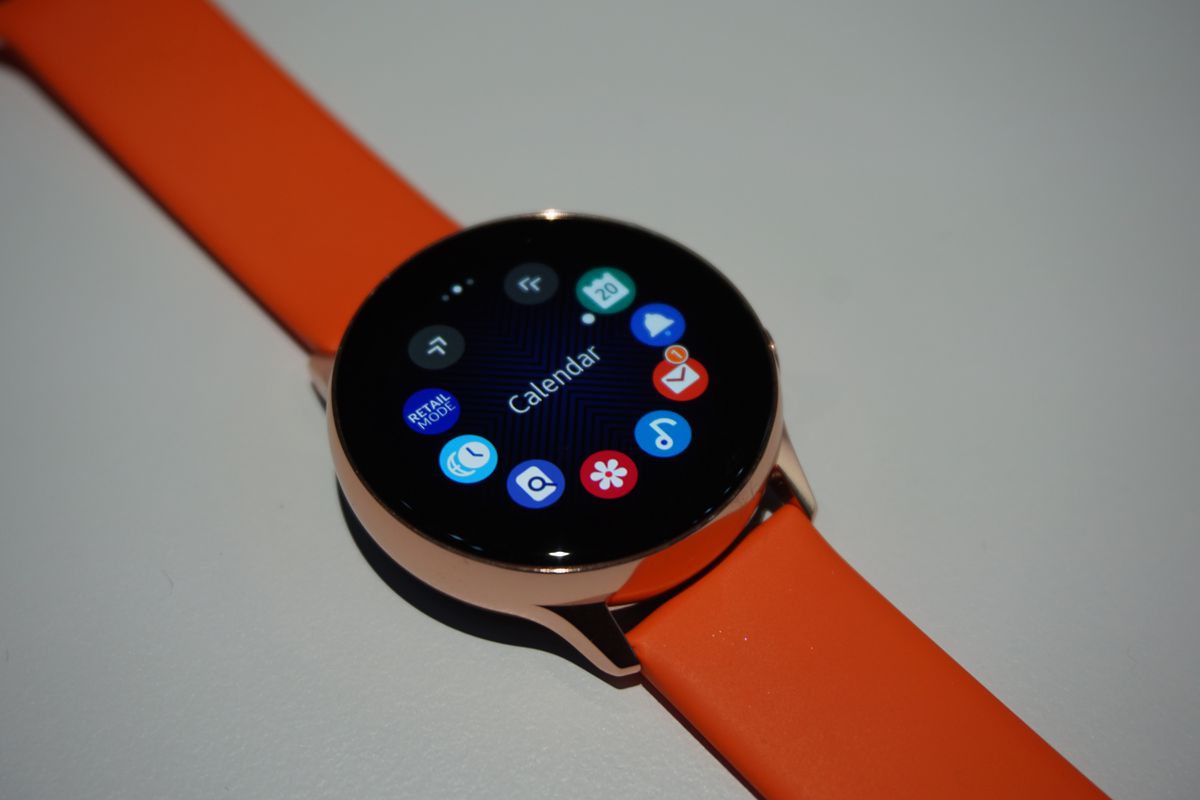 Navigating apps without a rotating bezel.

Besides the size, one of the biggest changes with the Galaxy Watch Active is that it doesn’t have a rotating bezel. Instead, you navigate the watch’s menus by swiping left or right. 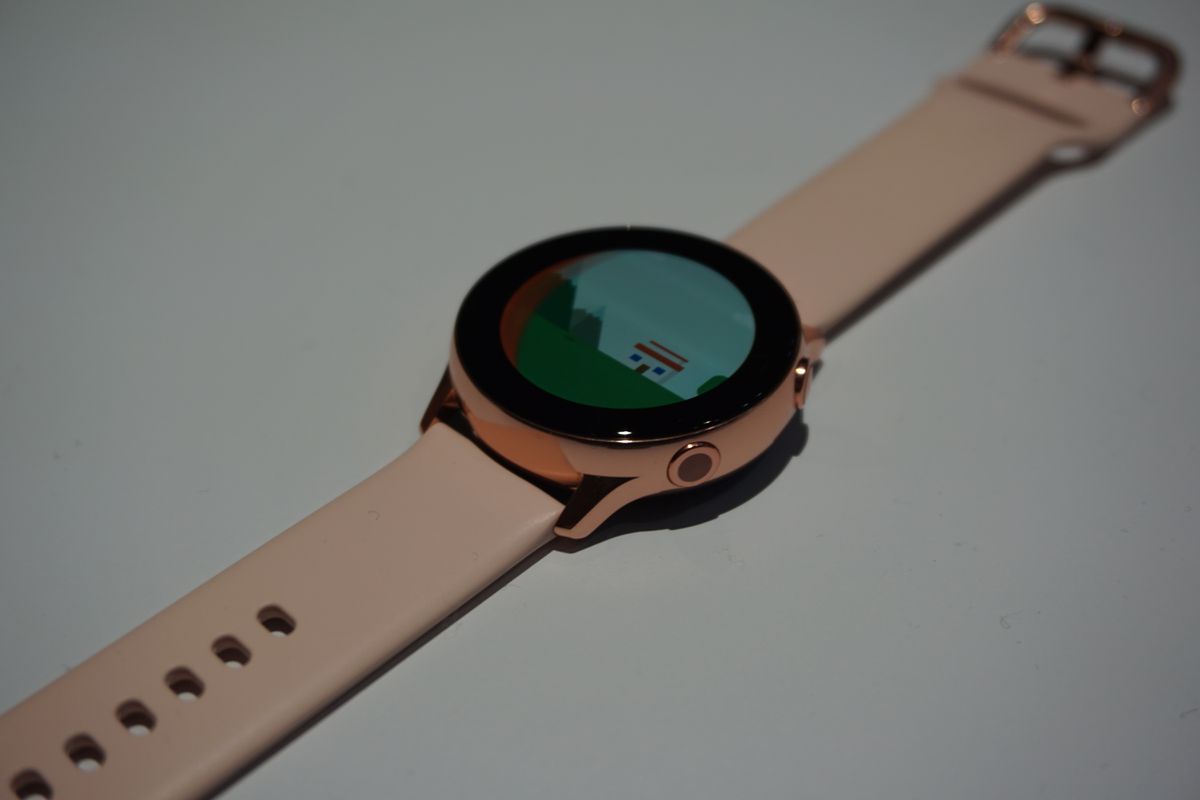 There are also two side buttons that let you launch and close apps. It might take a little getting used to if you’re used to the rotating bezel UI, but I didn’t find it very complicated. 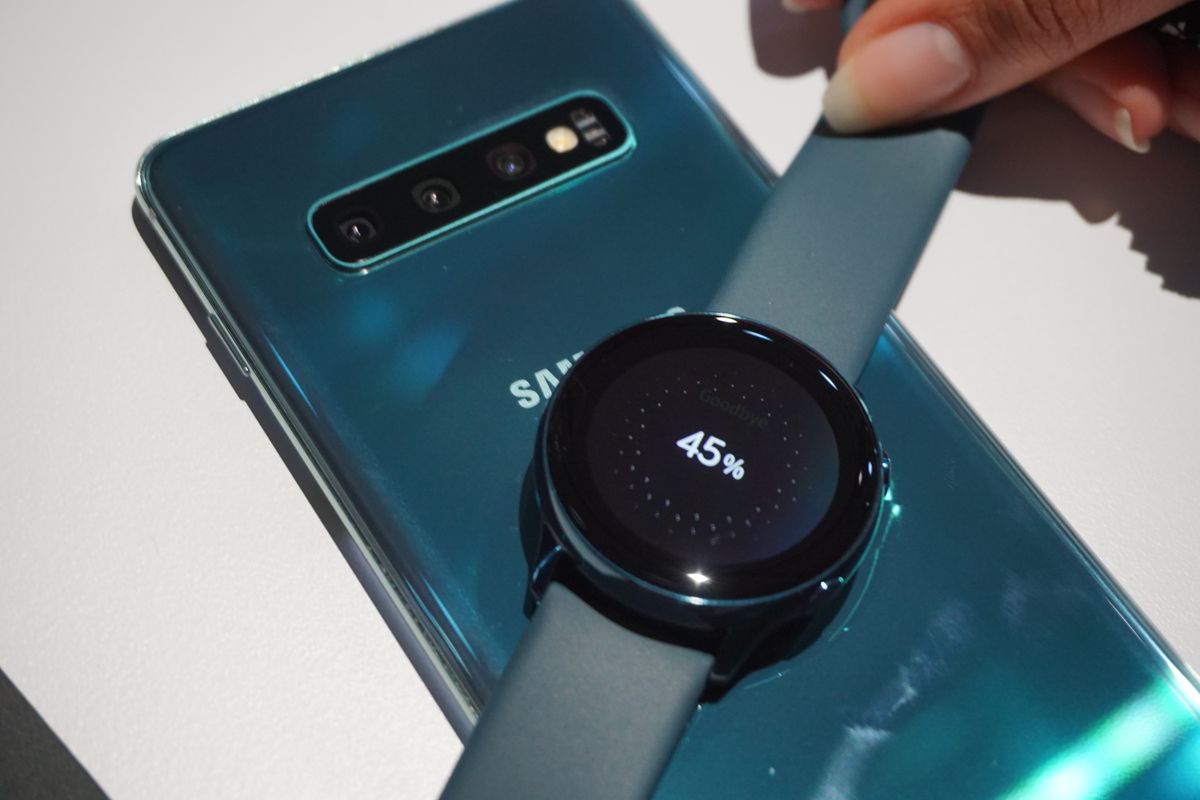 You can wirelessly charge the Galaxy Watch Active with the S10.

The Galaxy Watch Active charges wirelessly. And, like Samsung’s newly-announced Galaxy Buds, you’re able to charge it with your phone if you have one of the new Galaxy S10 phones. This feature seemed a little finicky in my demos, but I could easily see how it’d be helpful to get a little bit of extra battery life if you’re in a pinch.

Like its name suggests, the Galaxy Watch Active is meant to put health and fitness features front and center. 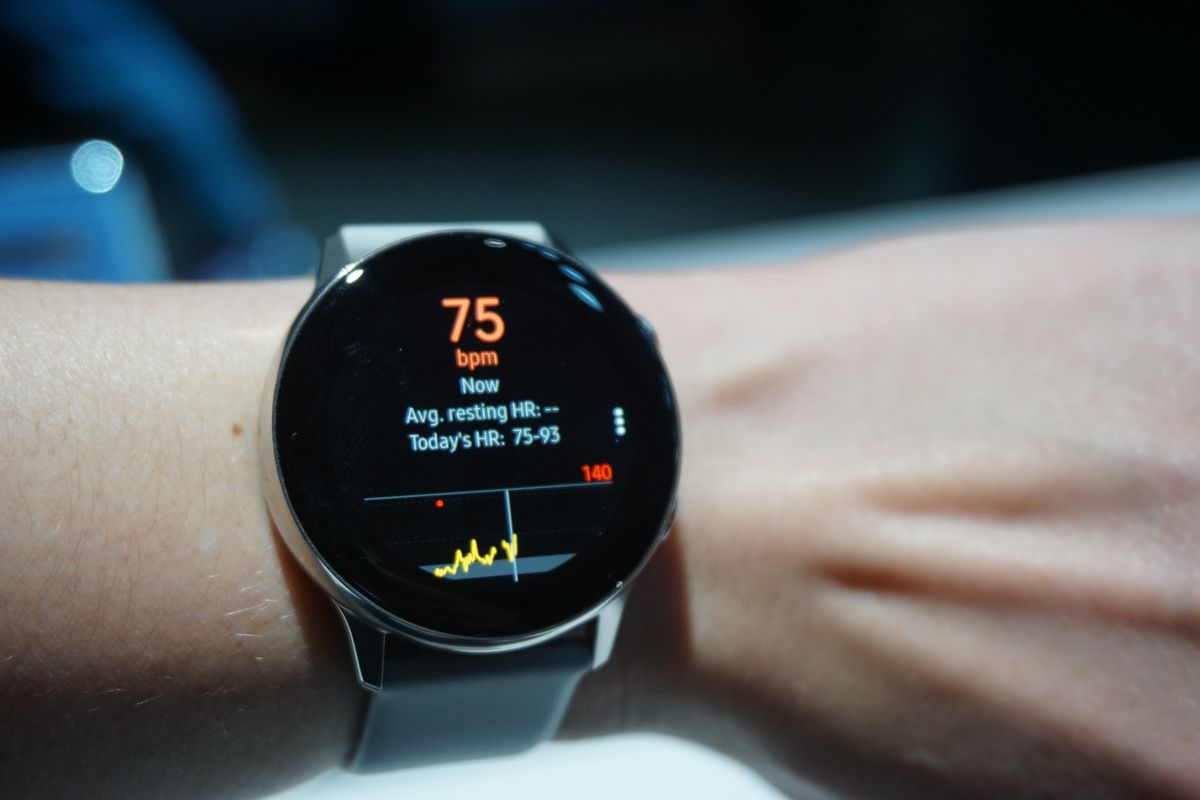 While the company hasn’t matched Apple’s advanced heart-rate monitoring features, Samsung has added a new blood pressure-monitoring feature via an app called My BP Lab. The app, which will be available in the U.S., UK, Australia, Singapore, Canada, and Germany. This wasn’t available to try out on the demo models I took a look at, but hopefully it will be ready when we’re able to do a full review.

I did, however, get to briefly try out Samsung’s guided breathing app, which is meant to help you relax through deep breathing, similar to Fitbit’s “relax” feature. 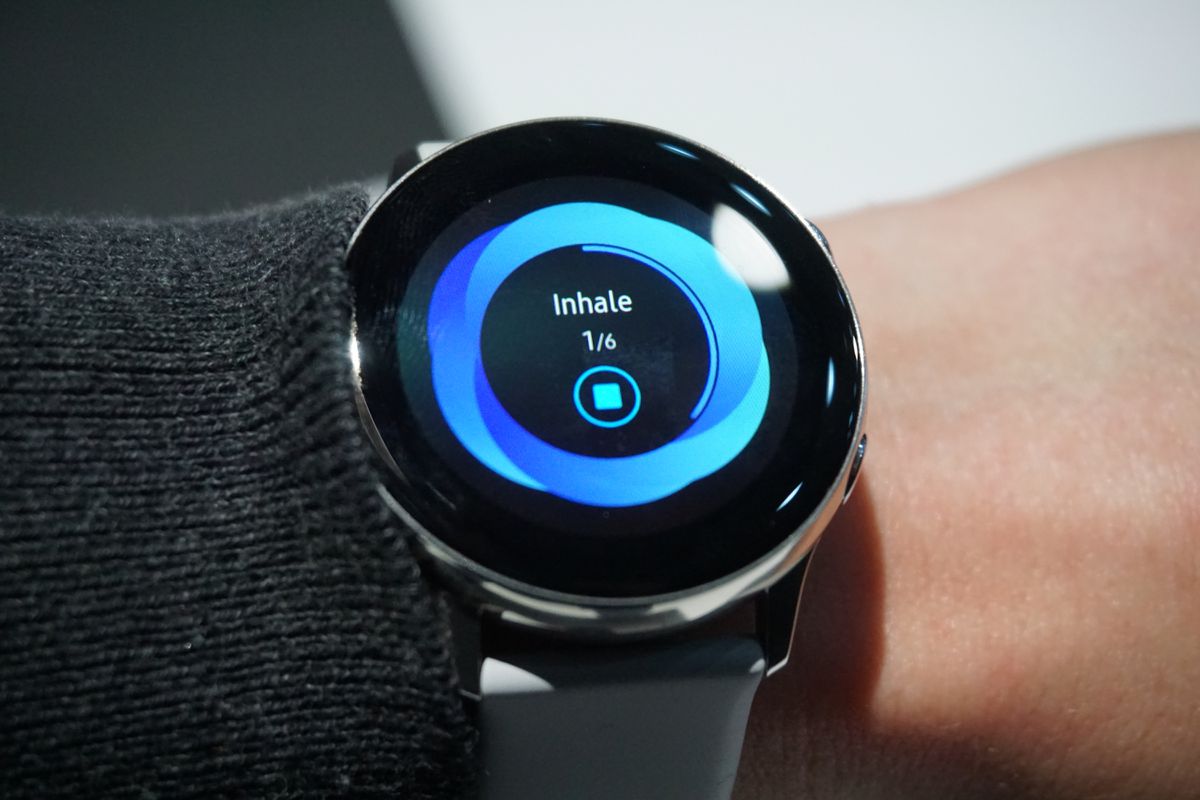 On the fitness side, the Galaxy Watch Active has the ability to automatically track certain types of workouts, along with usual step-counting and third-party exercise apps.

We’ll have more on all of this when we’re able to do a full review, but the Galaxy Watch Active manages to squeeze a lot into a pretty compelling package.

While you won’t get the fancier features of Samsung’s larger (and pricier) watches, the Galaxy Watch Active is an approachable smartwatch that will appeal to fitness enthusiasts. 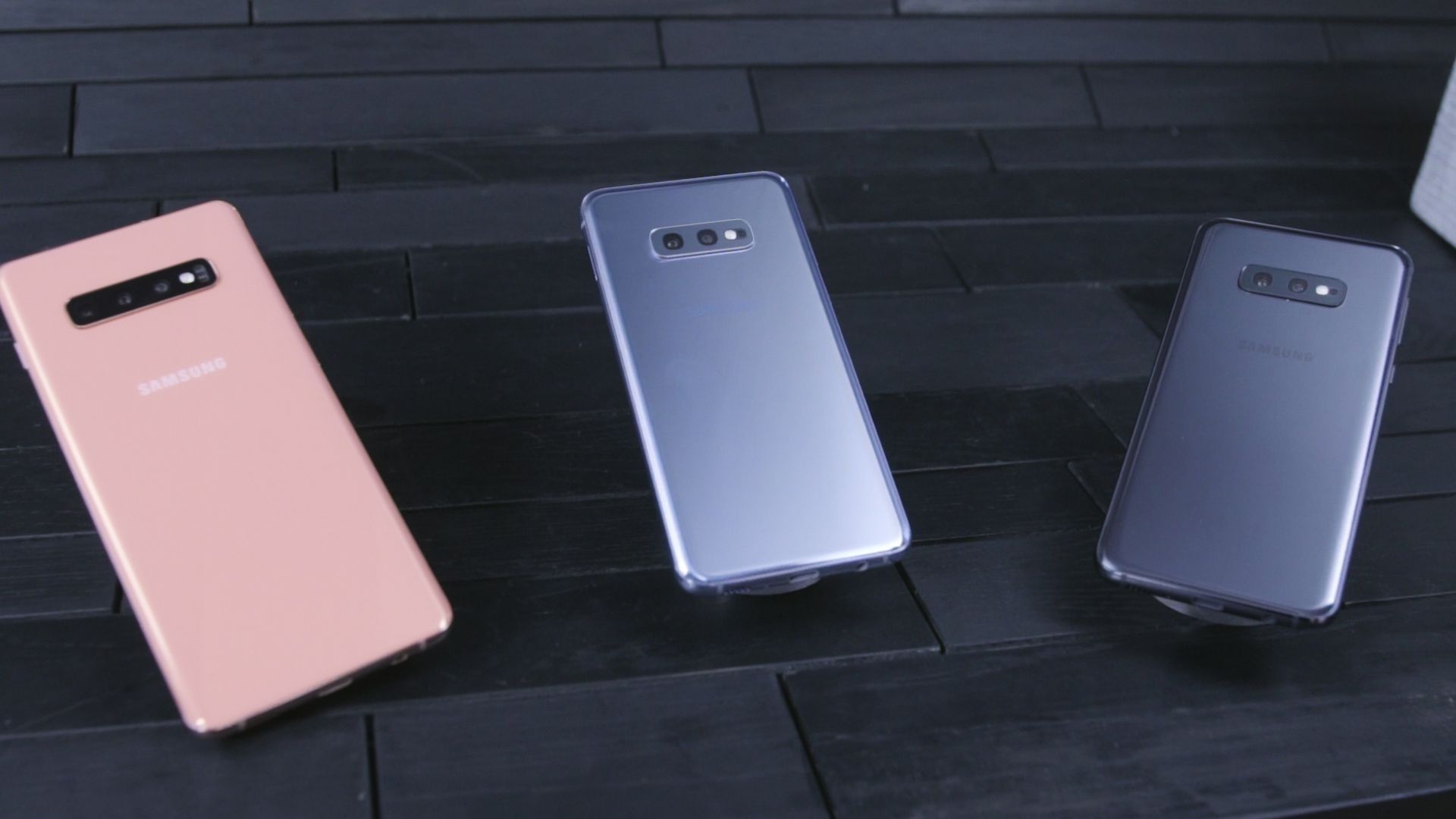