French startup Devialet has done it again. The new Phantom Reactor is a smaller, more effective speaker that packs in everything that made Devialet speakers good in the first place.

Devialet’s first speaker, the Phantom, attracted rave reviews a few years ago. The egg-shaped speaker promised no background noise, no saturation and no distortion in a relatively small package.

To be clear, it wasn’t that small when you compared it with an average bookshelf speaker. But when you turned it on, it would feel like a much larger speaker — something that you’d find in a concert hall.

But that speaker wasn’t for everyone. If you live in a tiny apartment, spending $1,700 to $3,500 for a speaker capable of generating up to 4,500 watts of power was overkill.

Hence the Phantom Reactor, a smaller version of the Phantom with the same promises — no background noise, no saturation and no distortion. It still features the iconic egg-shaped design.

The company let me borrow a Phantom Reactor for a few weeks to play with it at home. And I’ve been impressed by the speaker. It’s a tiny beast that makes any all-in-one Bluetooth speaker sound like a joke.

In many ways, this speaker reminds me of the iPod lineup. When Apple first introduced the iPod, it was the perfect device for music enthusiasts. For the first time, you could take all of your music with you, even if you had a large music library.

But that device was heavy, expensive and thick — stack three iPhone XSes and you get the thickness of the original iPod. Everything was great on paper, but it was impractical if you’re not that much into music.

With the iPod mini, Apple created a device that was not only cheaper than the original iPod but also more effective. Music devices, from portable players to connected speakers, are supposed to disappear and integrate perfectly in your daily routine.

The Phantom Reactor is a damn good speaker. Music fills my living room in a way that none of my many other speakers do. When I compare it with another speaker, I can hear that it’s the same song. But, with Devialet’s speaker, it feels like I’m experiencing the song instead of just listening to the song.

The 900W model that I’m using is still too powerful for my apartment — I can’t play music at 60 percent of the volume for too long without thinking about my neighbors. If you live in a crowded city with small living rooms, the cheaper 600W model is probably enough. If you have a house in the suburbs, that’s probably a different story.

The Phantom Reactor isn’t portable per se. It doesn’t have a battery and it still weighs 9.5lbs/4.3kg. You’ll be able to unplug it and carry it to another room every now and then, but you won’t take it with you to your friend’s house.

You can currently play music using AirPlay, Bluetooth, Spotify Connect and UPnP, as well as analog and optical input. You can connect it to your network using Wi-Fi or Ethernet.

The mobile app is quite minimal. It guides you through the setup process and lets you select the source input at any time. You’re supposed to control music from your usual music players. There are also touch buttons on the top of the speaker for basic playback and pairing controls.

I’ve been mostly using Spotify Connect, which lets you stream music on the speaker directly. If you’re not familiar with the protocol, you play a song or playlist in the Spotify app just like you would normally do — you just have to select the Phantom Reactor as the output speaker. Nothing actually happens on your phone or computer, the Spotify app acts as a remote.

As you may have noticed, AirPlay 2 isn’t supported just yet and you can’t pair multiple speakers. The company says those features will come later with a software update. Devialet also says that it isn’t in the business of voice assistants — there’s no microphone on board. 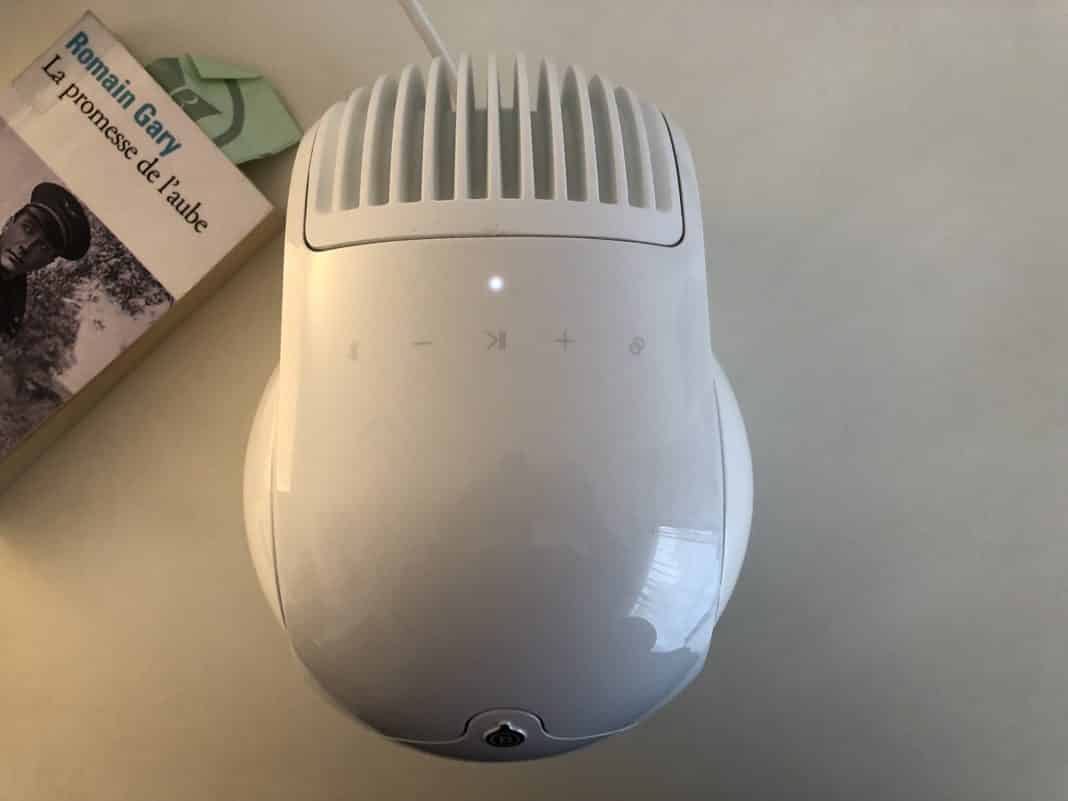 GizmoCrazed - October 10, 2017 0
These Star Wars POWERbot vacuums by Samsung are available for pre-order starting Oct. 10. Image: Samsung By Nicole CammorataMashable Shopping2017-10-10 04:04:19 UTC For anyone who's ever dreamed...

The keys to your house belong to startups