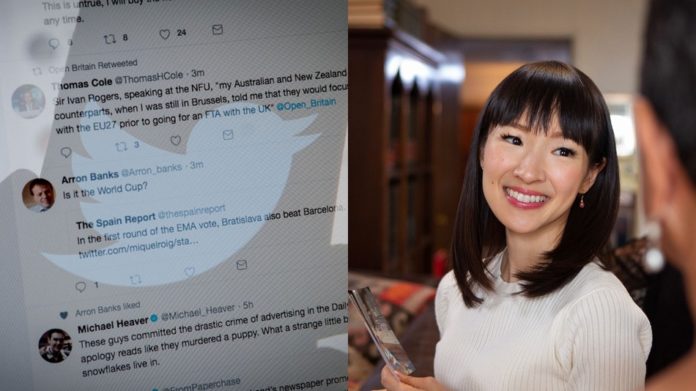 You’re not alone in thinking your Twitter timeline is a joyless, cluttered place.

While you might not be in the position to dump Twitter, the next best thing is to tidy up your timeline, which you can do so with a web app inspired by Marie Kondo’s KonMari method.

Tokimeki Unfollow is a tool which lets you figure out who to unfollow by asking you if their tweets “spark joy.”

The tool comes with a few options at the start, like sorting accounts you’ve followed by chronology, or if you want to see their bios.

From there, you’ll be presented with a timeline of people you follow one-by-one, then you have the choice of unfollowing them, adding them to a list, or keeping them around. 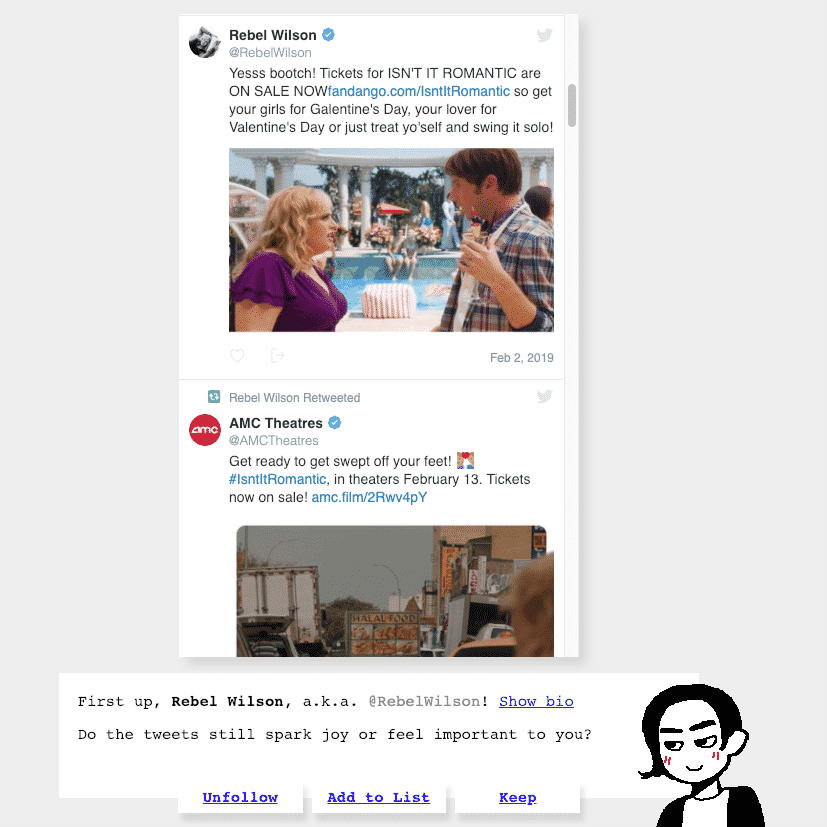 It’s a handy tool if you’d like to take your time and review just who you follow, as opposed to the willy-nilly nature of a mass unfollow.

And in the Kondo way, you’ll be told to thank the tweets that you’ve enjoyed before.

The web app is the creation of former Facebook product designer Julius Tarng, who told WIRED he made it after returning to Twitter after staying away for a year, and noticed his timeline was filled with stuff he didn’t care about.

“This phrase—spark joy—it doesn’t mean get rid of anything that doesn’t make you happy,” Tarng told the publication.

“On Twitter, if keeping up with activism or political issues is important to you, then you should keep those around. But if it’s actually making you really sad, then maybe you make the decision to keep up with that on the New York Times rather than on Twitter.” 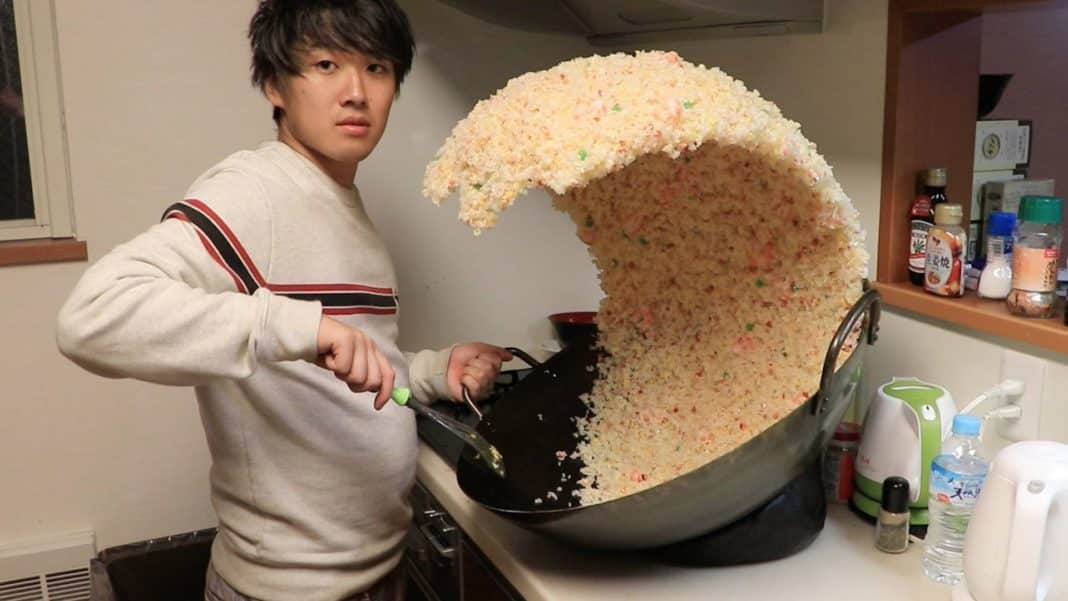 GizmoCrazed - October 10, 2017 0
These Star Wars POWERbot vacuums by Samsung are available for pre-order starting Oct. 10. Image: Samsung By Nicole CammorataMashable Shopping2017-10-10 04:04:19 UTC For anyone who's ever dreamed...

A New Treatment for Alzheimer's? It Starts With Lifestyle

How Scientists Predict If a Spacecraft Will Fall and Kill You