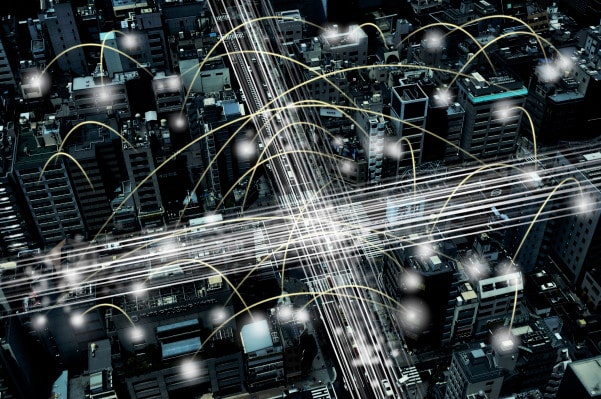 Amazon’s acquisition of mesh router company Eero is a smart play that adds a number of cards to its hand in the rapidly evolving smart home market. Why shouldn’t every router be an Echo, and every Echo be a router? Consolidating the two makes for powerful synergies and significant leverage against stubborn competition.

It’s no secret that Amazon wants to be in every room of the house — and on the front door to boot. It bought connected camera and doorbell companies Blink and Ring, and of course at its events it has introduced countless new devices from connected plugs to microwaves.

All these devices connect to each other, and the internet, wirelessly. Using what? Some router behind the couch, probably from Netgear or Linksys, with a 7-character model number and utilitarian look. This adjacent territory is the clear next target for expansion.

But Amazon could easily have moved into this with a Basics gadget years ago. Why didn’t it? Because it knew that it would have to surpass what’s on the market, not just in signal strength or build, but by changing the product into a whole new category.

The router is one of a dwindling number of devices left in the home that is still just a piece of “equipment.” Few people use their routers for anything but a basic wireless connection. Bits come and go through the cable and are relayed to the appropriate devices, mechanically and invisibly. It’s a device few think to customize or improve, if they think of it at all.

Apple made some early inroads with its overpriced and ultimately doomed Airport products, which served some additional purposes, like simple backups, and were also designed well enough to live on a table instead of under it. But it’s only recently that the humble wireless router has advanced beyond the state of equipment. It’s companies like Eero that did it, but it’s Amazon that’s made it realistic.

Build the demand, then sell the supply

It’s become clear that in many homes a single Wi-Fi router isn’t sufficient. Two or even three might be necessary to get the proper signal to the bedrooms upstairs and the workshop in the garage.

A mesh system of multiple devices relaying signals is a natural solution, and one that’s been used for many years in other contexts. Eero was among the first not to create a system but to make a consumer play, albeit at the luxury level, rather like Sonos.

Google got in on the game relatively soon after that with the OnHub and its satellites, but neither company really seemed to crack the code. How many people do you know who have a mesh router system? Very few, I’d wager, likely vanishingly few when compared with ordinary router sales.

It seems clear now that the market wasn’t quite ready for the kind of investment and complexity that mesh networking necessitated. Amazon, however, solves that, because its mesh router will be an Echo, or an Echo Dot, or an Echo Show — all devices that are already found in multiple rooms of the house, and seem very likely to include some kind of mesh protocol in their next update.

It’s hard to say exactly how it will work, since a high-quality router necessarily has features and hardware that let it do its job. Adding these to an Echo product would be non-trivial. But it seems extremely likely that we can expect an Echo Hub or the like, which connects directly to your cable modem (it’s unlikely to perform that duty as well) and performs the usual router duties, while also functioning as an attractive multipurpose Alexa gadget.

That’s already a big step up from the ordinary spiky router. But the fun’s just getting started for Amazon.

Apple has powerful synergies in its ecosystems, among which iMessage has to be the strongest. It’s the only reason I use an iPhone now; if Android got access to iMessage, I’d switch tomorrow. But I doubt it ever will, so here I am. Google has that kind of hold on search and advertising — just try to get away. And so on.

Amazon has a death grip on online retail, of course, but its naked thirst for an Amazon-populated smart home has been obvious since it took the smart step to open its Alexa platform up for practically anyone to ship with. The following Alexavalanche brought garbage from all corners of the world, and some good stuff too. But it shipped devices.

Now, any device will work with the forthcoming Echo-Eero hybrids. After all it will function as a perfectly ordinary router in some ways. But Amazon will be putting another layer on that interface specifically with Alexa and other Amazon devices. Imagine how simple the interface will be, how easily you’ll be able to connect and configure new smart home devices — that you bought on Amazon, naturally.

Sure, that non-Alexa baby cam will work, but like Apple’s genius blue and green bubbles, some indicator will make it clear that this device, while perfectly functional, is, well, lacking. A gray, generic device image instead of a bright custom icon or live view from your Amazon camera, perhaps. It’s little things like that that change minds, especially when Amazon is undercutting the competition via subsidized prices.

Note that this applies to expanding the network as well — other Amazon devices (the Dot and its ilk) will likely not only play nice with the hub but will act as range extenders and perform other tasks like file transfers, intercom duty, throwing video, etc. Amazon is establishing a private intranet in your house.

The rich data interplay of smart devices will soon become an important firehose. How much power is being used? How many people are at home and when? What podcasts are being listened to, at what times, and by whom? When did that UPS delivery actually get to the door? Amazon already gets much of this but building a mesh network gives it greater access and allows it to set the rules, in effect. It’s a huge surface area through which to offer services and advertisements, or to preemptively meet users’ needs.

One thing that deserves a quick mention is the possibility, as it will seem to some, that Amazon will snoop on your internet traffic if you use its router. I’ve got good news and bad news.

The good news is that it’s not only technically very difficult but very unwise to snoop at that level. Any important traffic going through the router will be encrypted, for one thing. And it wouldn’t be much of an advantage to Amazon anyway. The important data on you is generated by your interactions with Amazon: items you browse, shows you watch, and so on. Snatching random browsing data would be invasive and weird, with very little benefit.

Eero addressed the question directly shortly after the acquisition was announced:

Hi Steve! eero and Amazon take customer privacy very seriously and we will continue to protect it. eero does not track customers’ internet activity and this policy will not change with the acquisition.

Maybe they would have eventually as a last-ditch effort to monetize, but that’s neither here nor there.

Now the bad news. You don’t want Amazon to see your traffic? Too bad! Most of the internet runs on AWS! If Amazon really cared, it could probably do all kinds of bad stuff that way. But again it would be foolish self-sabotage.

What happens next is an arms race, though it seems to me that Amazon might have already won. Google took its shot and may be once bitten, twice shy; its smart home presence isn’t nearly so large, either. Apple got out of the router game because there’s not much money in it; it won’t care if someone uses an Apple Homepod (what a name) with an Amazon router.

Huawei and Netgear already have Alexa-enabled routers, but they can’t offer the level of deep integration Amazon can; there’s no doubt the latter will reserve many interesting features for its own branded devices.

Linksys, TP-Link, Asus, and other OEMs serving the router space may blow this off to start as a toy, though it seems more likely that they will lean on the specs and utilitarian nature to push it with budget and performance markets, leaving Amazon to dominate a sliver… and hope that sliver doesn’t grow into a wedge.

One place you may see interesting competition is from someone leaning on the privacy angle. Although we’ve established that Amazon isn’t likely to use the device that way, the fear doesn’t have to be justified for it to be taken advantage of in advertising. And anyway there are other features like robust ad blocking and so on that, say, a Mozilla-powered open source router could make a case for.

But it seems likely that by acquiring an advanced but beleaguered startup that was ahead of the market, Amazon will be able to make a quick entry and multiply while the others are still engineering their responses.

Expect specials on Eeros while stock lasts, then a new wave of mesh-enabled Echo-branded devices that are backwards compatible, mega-simple to set up, and more than competitive on price. Now is the time and the living room is the place; Amazon will strike hard and perhaps it will set in motion the end of the router as mere equipment.