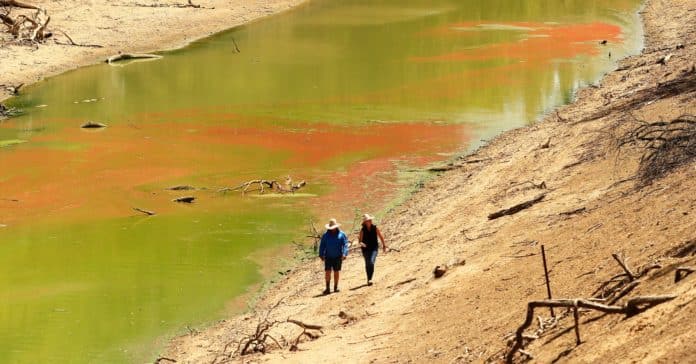 Depending on who you are and what you’re into, Earth isn’t particularly habitable. OK, sure, if you’re some kind of polyextremophile microorganism, the world is your oyster. Even oysters are your oyster. You can manage temperatures down to -10 degrees and up to 250 degrees, high salt levels, no light, and a local pH—a measurement of acidity—of zero. That is sour. But then, if you’re a polyextremophile microorganism, you’re probably not a reader. No offense.

If you’re a human, though? Over 70 percent of the planet is basically off limits without serious technological support, because you can’t breathe underwater. Get much higher than 8,000 feet and you won’t be able to breathe as well as you might like; people have lived for years at 19,500 feet, but they probably didn’t enjoy it. And temperature? Extended periods above 95 degrees or just a few minutes below -130 and you’re dead. We humans are, in a sense, polyextremophobic. So maybe that’s why it’s so existentially dreadful for the heart of the United States to be hunkered down under temperatures as low as -65 (with the wind chill, you betcha) at the same time as Australia is pushing up toward 120. That’s a 185-degree difference, and too much of an overlap with the average lows and highs on Mars for any loyal Earthling to be happy with.

So what the, you might ask, hell is going on? “We live on an interesting planet,” says Gerald Meehl, a climatologist at the National Center for Atmospheric Research. In 2004, Meehl and Claudia Tebaldi predicted that climate change would lead to worse, more frequent heat waves; turns out they were right. In the Northern Hemisphere, you can usually blame heat waves on a “persistent high,” which isn’t as much fun as it sounds—it’s a stationary blob of high-pressure air that diverts the jetstream and keeps cooler air from the pole from mixing with the warm air on the equator side. The warm air stays. Over Australia, persistent highs don’t block the jetstream, but they still cause heat waves by pulling in hot air from the continent’s deserts. Corals bleach, fruit bats die by the tens of thousands, roads bubble, railways buckle.

It’s even worse after a drought. Normally, a heat wave evaporates water from the ground, and that evaporation brings some cooling. But when there’s no more water, the heat has nowhere to go, like a pot on a flame after all the sauce has boiled away. And then when the temperature drops at night, the air’s ability to hold moisture goes down and the humidity goes up, making it harder for people to sleep. Oh, plus: wildfires. “You get multiple punches from climate change,” says Camilo Mora, a climate researcher at the University of Hawaii. “We fail to realize that many of these things are connected.”

Meanwhile, there’s a polar vortex. Or rather, there isn’t—typically the polar vortex is a whirl of low-pressure air in the stratosphere, 10 to 20 miles over the North Pole, contained by a fast-moving ribbon of wind. But sometimes warmer air can sneak up there. The winds invert, flipping backward from their usual west-to-east flow. “The cold air kind of pinches and stretches into two daughter1 vortices,” says Judah Cohen, a climatologist with Atmospheric and Environmental Research. “One piece goes to Eurasia and one to North America, and each piece brings cold air.”

So … normal? It happens every two or three years, yeah, says Cohen. “But these kinds of polar vortex disruptions are happening more frequently than they used to,” he says. Blame the melting ice caps. Sea ice is a very good insulator, it turns out, acting like a sort of thermal cap on the warmer ocean below it. As sea ice in the Arctic melts (thanks to, yes, climate change), it stops insulating. “You peel away the ice and all of that heat transfers, because heat likes to go down-gradient, from hot to cold,” Cohen says. That warmer air flows upward, making the jetstream wavier and more energetic. And a wavy jetstream is what messes up the polar vortex.

“It’s somewhat counterintuitive. You’d think that nature would resolve that by exporting heat to the lower latitudes. That’s what the models show,” Cohen says. “But what we’re observing is just the opposite.” The Arctic is holding onto the warm air (bad if you like ice) and redistributing the cold (bad if you like not wearing fleece).

Both these conditions—extreme heat and extreme cold—can be deadly. A 2003 heatwave in Europe led to the deaths of 70,000 people; a month-long one in Russia in 2010 killed 54,000. Both conditions are becoming more common. The exact degree to which that’s attributable to human beings burning carbon is disputable, but the fact that burning carbon is making them both worse is not. It’s change on a global scale, a continued, uncontrolled un-terraforming of the only planet we know for sure supports human life.

The scientists who hunt for planets outside Earth’s solar system—exoplanets—talk a lot about “habitability,” the possibility that the worlds they see through telescopes or infer from observational data might be rocky enough, warm enough (but not too warm), and watery enough (but not too watery) to support some kind of life. They’d be happy with any kind, really, though the idea that people could live there someday, or that someone there is looking back at us, is just as compelling.

Those planetary scientists work on habitability from the outside in, in a sense. They hope to establish the lower bound beneath which life couldn’t possibly grab ahold and stick, push that lower bound lower and lower, and then look for places in the universe that eke out something just over the bar. Maybe a world that gets periodic baths of ultraviolet radiation has enough shade. Maybe a frozen planet gets enough equatorial starlight during some part of its year, either blindingly fast or achingly slow, to have a thawed-out meltwater pond once in a long while. They’re looking for refugia, tiny places of refuge where life can find its way. Even frozen, oxidized Mars has relatively balmy summer afternoons, when briny water might trickle across the surface.

On Earth, we humans are looking from the inside out, watching our habitable range shrink just a little bit with every new season. “The Earth has been much more extreme than this at a time long before humans were around,” says Jack O’Malley-James, an astrobiologist at the Carl Sagan Institute at Cornell. “What I would say is, the Earth’s climate is rapidly—scarily rapidly—shifting away from the fairly stable predictability it has had since human civilization arose. The extremes we’re seeing in both hemispheres at the moment point to a world that’s becoming a lot less comfortable for us, but not uninhabitable. Not yet, anyway.”

Let me be alarmist for a moment: Are we changing the meaning of habitability?

“It’ll certainly be of interest to see firsthand how life responds to these new extremes,” O’Malley-James says. “Maybe it’ll change what the outer bounds of habitability are.”

Humans have so few places, relatively speaking, to go. Tough as it may sometimes seem, this planet is our refuge in an inhospitable universe. It only makes sense to try to keep our habitable range as wide as possible.

1 UPDATE 1/29/19 6:50 AM Corrected the name of the vortex due to an earlier transcription error

Fever of the Rat

GizmoCrazed - February 28, 2018 0
Beware, the biting rat. (Credit: Shutterstock) Back in the 1980s, S.O.S. calls after midnight were common in the field of infectious disease. And as soon...

It's time to focus on health and wellness!