A New Lab Is Brewing Microbes to Create Makeup and Medicines 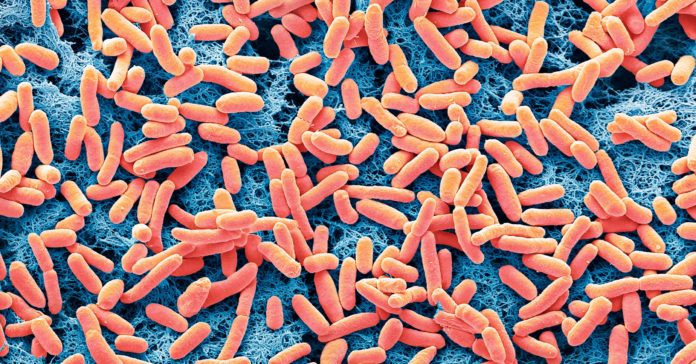 On the third floor of a back building on Verily’s South San Francisco campus, ten white machines emit a low-pitched hum. Atop each one sits a plastic container so jammed with tubes and sensors it looks like a protein shake on life support. Inside, beige-colored broth bubbles away while tiny high-res cameras capture the frothy footage and stream it to the cloud. When the yeast inside finish a four-day run, technicians roll the tables carrying the row of bioreactors into a sealed clean room, remove a sample from each one, and test it to see which mixture helped those microbes do their job best.

“It’s kind of like, to go back to a bit of pop culture from the ’90s, analogous to keeping a Tamagotchi,” says Will Patrick, the bespectacled co-founder and CEO of Culture Biosciences. “What are all the things you can do to keep the creature happy and healthy? We’re just testing that on a massive parallel scale.”

Culture Biosciences can best be described as a virtual fermentation lab, a place where companies can send flash-frozen vials of yeast and bacteria to be raised and tested. The 12-person startup launched out of stealth today with $5.5 million in funding and plans to solve the bottleneck holding back a synthetic biology boom.

For centuries, humans have been cramming microbes into vats and putting them to work. At first it was mostly with the aim of getting tipsy or keeping milk from going bad. But as scientists gained genetic-tinkering tools, they taught yeast and bacteria how to belch out more than just beer and yogurt. Fermented biofuels, food flavorings, and insulin began to hit the market. Today, with the arrival of precise gene-editing technologies like Crispr and powerful computer algorithms, if you can think of a product, you can design a microbe to make it for you. Companies are starting to brew up everything from vegan meats, eggs, and leather to fossil-fuel-free fertilizers and new anti-venoms and other medicines.

There’s just one problem. Before such companies can sell you any of these biologically manufactured wunderproducts, they have to test dozens if not hundreds of versions of microbes to make sure they bet on a winning workhorse. And the explosion in industrial organism engineering is outpacing the fermentation infrastructure required to run those tests. There are too many bugs and not enough jugs.

That’s where Culture comes in. Patrick started the company with fellow Google X alum Matt Ball. The pair of robotics engineers met in college at Duke University, and then later wound up working together at Alphabet’s moonshot shop, prototyping drones for project WING. The first bioreactor Patrick ever built was actually an art project: A green, glowing cylinder brewing algae genetically engineered to belch out common medicines. “Farma” was just a prototype, a statement about how easy it could be to build an at-home system for fermenting your own drugs that Patrick created while an artist-in-residence at Autodesk in 2015. Not long after, he and Ball began brainstorming a company that could do on-demand fermentation for the coming wave of synthetic biology startups. (Between Bay Area stints Patrick spent time at MIT’s Media Lab, getting exposed to some of the grandfathers in the field.)

Companies can check on their experiments by viewing a live datastream from each bioreactor’s array of sensors and probes.

Pretty soon the pair were offered funding by Verily—previously Google Life Sciences—and space in a building at its headquarters to begin building a new breed of bioreactor. Today, they share it with other Verily investments, like liquid biopsy startup Freenome, but when they started in early 2017, the only other employees there were construction workers in hard hats. Within the first year they had four working systems. Now they’re up to 54, with plans to triple capacity by the end of 2019.

“It’s a big capital investment to build out tanks of your own and hire people to run them,” says Nick Ouzounov, co-founder and CTO of Geltor, a company that employs engineered yeast to make animal-free collagen for the beauty industry and Culture’s first client. For companies like Geltor, contracting out tank space with conventional fermentation providers has gotten harder in the last few years, as the pace of genetic engineering has accelerated. “They’re booked up months in advance now. Infrastructure just isn’t keeping up with demand.”

Which is why Ouzounov turned to Culture when his company was developing its first product. Besides Geltor, Culture is brewing batches of microbes for a diverse set of synthetic biology startups including Pivot Bio (fertilizers), Modern Meadow (materials), and Synlogic (medicines). These companies can check in on their experiments by tuning into a live datastream from each bioreactor’s array of sensors and probes. They can see how well different engineered strains are producing each product—a drug in one row, a plant probiotic in the next. A human worker sets up each station, but then the reactors run themselves, with autonomous chilling systems that keep each flask at an optimal temperature, even as the hard-working microbes heat things up.

A human worker sets up each station, but then the bioreactors run themselves.

“The legacy hardware available to all these companies is really arduous and slow to use,” says Patrick. The dilemma hit him hardest while he was touring a large synthetic biology company that had about 70 of its own bioreactors. Patrick commented on how many that was—affording more than one or two could be difficult for most startups. His tour guide laughed and told him that they would do 100 times more experiments if they could. “That was the lightbulb moment for me,” says Patrick.

He’s not exactly alone. Companies like Ginkgo Bioworks, in Boston, have also turned to automation to solve synthetic biology’s shifting bottleneck. But Ginkgo is more of a full-service organism design shop. If all you need is a few days on a fermenter, there are also more conventional contractors—but they tend to run bigger tanks than what most startups need. For now, Culture seems to be the only one in that exact niche. But given how quickly biological manufacturing is moving, don’t expect it to stay lonely for long.