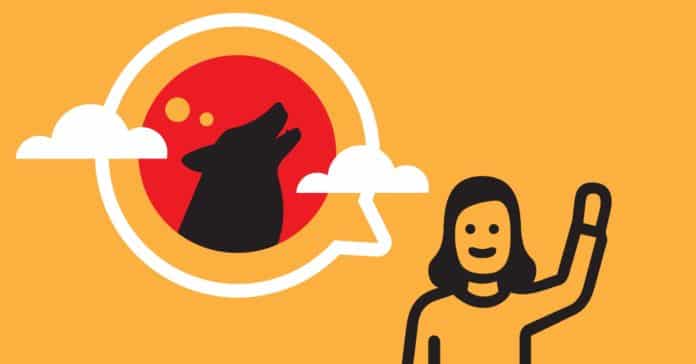 Our in-house Know-It-Alls answer questions about your interactions with technology and science. Today, we weigh in on the January 20, 2019, total lunar eclipse and the wild nomenclature surrounding it.

Q: What does it mean to be a super blood wolf moon?

Alright, maybe that last one isn’t a thing (a pink moon being the full moon in April, a sturgeon being the one in August). There are literally dozens of nicknames for the moons at various times of the year—January’s full moon is known as wolf but also the ice moon or old moon, and, hell, you may as well make up your own at this point.

But here’s the thing: It’s the damn moon. It turns reddish in a blood moon because we’re dealing with a total lunar eclipse: The sun sends light through our atmosphere, scattering short wavelengths like blue while longer wavelengths like red continue to the moon. Our trusty satellite waxes and wanes, moves slightly closer and farther from Earth due to its elliptical orbit, and gives us lunar and solar eclipses with predictable regularity. The moon is kinda clingy, and we love it for that.

Say you have a super blood wolf moon, which is super because it’s closer to Earth in its elliptical orbit and a wolf because it’s a January full moon. Now, I’m not going to sit here and put on a clinic about the origin of every moon nickname, but they drive astronomers crazy. “When I see all these headlines about the wolf blood super moon, I go nuts,” says Fred Espenak, scientist emeritus at NASA’s Goddard Space Flight Center. “Because it’s a total eclipse of the moon—that’s what’s not in the headline. It’s all these other terms to try to engage the public and get them to click stuff, but it kind of hides what the message is: It’s a total eclipse of the moon, which is a great term right there.” That, though, just isn’t good enough for some folks.

Another honorific that particularly irks astronomers: the supermoon. It’s a moon that appears bigger to us, because again, the moon follows an elliptical orbit. But really, it’s only 14 percent bigger, which is imperceptible to the human eye.

“I think the use of that term baits the public into thinking something great is going to go on outside,” says Espenak, “and they run out to see it and they’re disappointed because it just looks like a full moon. You can’t see the several percent that it’s larger or smaller.”

Oh, also. It wasn’t an astronomer who thought up the term supermoon, but an astrologer, who claimed the event is linked to seismic events and the weather. And astrology is about as far from science as a wolf on Earth is from a wolf moon. “Supermoon is a brand new term,” Espenak says. “It wasn’t anything that astronomers paid any attention to. Yeah, it was a closer moon, but it was sort of like, ‘Yeah, so what?’”

So OK, meh on supermoon. But that’s not to say that the human obsession with the moon—and naming full moons in particular—is altogether unreasonable, historically speaking. “If anyone has taken a walk under a full moon, it’s very bright,” says research scientist Noah Petro, also of NASA’s Goddard Space Flight Center. “You can understand why hunters might want to hunt by a full moon. It makes sense that it would mean something.”

Indeed, other nicknames for the moon are grounded in genuine utility. The full moon closest to the autumn equinox is known as the harvest moon, because before electricity, the glow afforded farmers the opportunity to work at night. Having a good grasp of the moon’s behavior would also help seagoing peoples divine changes in tides. A solid understanding of the moon’s phases has been pivotal for warmongering too, if that’s what you’re into: It’d be less than wise to launch a surprise night attack with a full moon over your head.

The utility of moon nicknames, though, has largely disappeared in this modern world. Except, that is, for using the moon as a grand educational platform. “It’s marketing,” says Petro. “Because everyone can go out and with their own naked eyes look at them and see the light and dark areas and make the most basic of observations. It’s unifying in that regard.”

The caveat being: If you build up a supermoon as something that’s actually super, you’ll sow disappointment. But the moon does offer a uniquely accessible platform for getting nerdy about science—you don’t need a lab full of equipment or even a telescope to enjoy it.

“One of the biggest practical values of total lunar eclipses in this day and age is simply to spark the interest of kids and students to go out and look at something,” says Espenak. “Especially when 90 or 95 percent of people live in metropolitan areas and you can’t see the Milky Way. A total lunar eclipse is something you can see from downtown in any big city.”

So yes, do go look at the moon, the fickle moon, the inconstant moon, that monthly changes in her circle orb. It’s a poetical, astronomical object; no need to gussy it up with fish and blood.

Matt Simon is a science writer at WIRED who, to be clear, loves the moon. But he also gets picky with semantics, as you might have noticed.

GizmoCrazed - April 24, 2014 0
It is the rise of the machines! Or at least it is the rise in automated job replacement by machines for "low-skilled jobs," such...

The Cars Behind The Original Transformers Decepticons [Infographic]