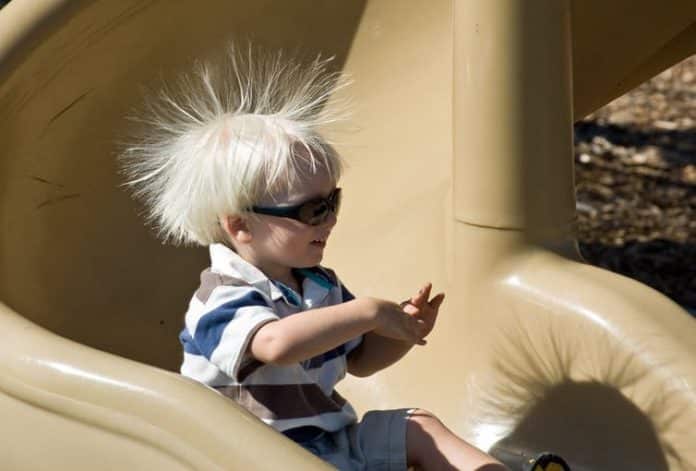 Static electricity can cause more than just a bad hair day. (Credit: Ken Bosma, CC BY)

Static electricity is a ubiquitous part of everyday life. It’s all around us, sometimes funny and obvious, as when it makes your hair stand on end, sometimes hidden and useful, as when harnessed by the electronics in your cellphone. The dry winter months are high season for an annoying downside of static electricity – electric discharges like tiny lightning zaps whenever you touch door knobs or warm blankets fresh from the clothes dryer.

Static electricity is one of the oldest scientific phenomena people observed and described. Greek philosopher Thales of Miletus made the first account; in his sixth century B.C. writings, he noted that if amber was rubbed hard enough, small dust particles will start sticking to it. Three hundred years later, Theophrastus followed up on Thales’ experiments by rubbing various kinds of stone and also observed the “power of attraction.” But neither of these natural philosophers found a satisfactory explanation for what they saw.

It took almost 2,000 more years before the English word “electricity” was first coined, based on the Latin “electricus,” meaning “like amber.” Some of the most famous experiments were conducted by Benjamin Franklin in his quest to understand the underlying mechanism of electricity – which is one of the reasons why his face smiles from the US$100 bill. People quickly recognized electricity’s potential usefulness. 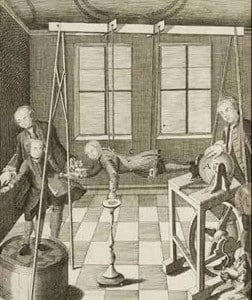 Of course, in the 18th century people mostly made use of static electricity in magic tricks and other performances. For instance, Stephen Gray’s “flying boy experiment” became a popular public demonstration: He’d use a Leyden jar to charge up the youth, suspended from silk cords, and then show how he could turn book pages via static electricity, or lift small objects just using the static attraction.

Building on Franklin’s insights – including his realization that electric charge comes in positive and negative flavors, and that total charge is always conserved – we nowadays understand at the atomic level what causes the electrostatic attraction, why it can cause mini lightning bolts and how to harness what can be a nuisance for use in various modern technologies.

What are These Tiny Sparks?

Static electricity comes down to the interactive force between electrical charges. At the atomic scale, negative charges are carried by tiny elementary particles called electrons. Most electrons are neatly packed inside the bulk of matter, whether it be a hard and lifeless stone or the soft, living tissue of your body. However, many electrons also sit right on the surface of any material. Each different material holds on to these surface electrons with its own different characteristic strength. If two materials rub against each other, electrons can be ripped out of the “weaker” material and find themselves on the material with stronger binding force.

This transfer of electrons – what we know as a spark of static electricity – happens all the time. Infamous examples are children sliding down a playground slide, feet shuffling along a carpet or someone removing wool gloves in order to shake hands.

But we notice its effect more frequently in the dry months of winter, when the air has very low humidity. Dry air is an electrical insulator, whereas moist air acts as a conductor. This is what happens: In dry air, electrons get trapped on the surface with the stronger binding force. Unlike when the air is moist, they can’t find their way to flow back to the surface where they came from, and they can’t make the distribution of charges uniform again.

A static electric spark occurs when an object with a surplus of negative electrons comes close to another object with less negative charge – and the surplus of electrons is large enough to make the electrons “jump.” The electrons flow from where they’ve built up – like on you after walking across a wool rug – to the next thing you contact that doesn’t have an excess of electrons – such as a doorknob. 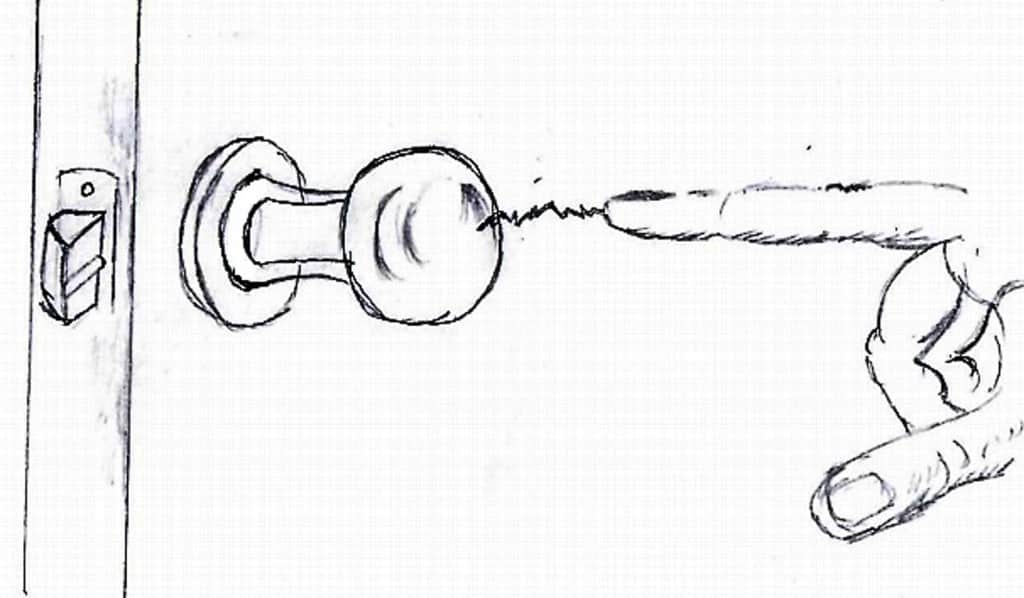 When electrons have nowhere to go, the charge builds up on surfaces – until it reaches a critical maximum and discharges in the form of a tiny lightning bolt. Give the electrons a place to go – such as your outstretched finger – and you will most certainly feel the zap.

The Power of the Mini Sparks

Though sometimes annoying, the amount of charge in static electricity is typically quite little and rather innocent. The voltage can be about 100 times the voltage of typical power outlets. However, these huge voltages are nothing to worry about, since voltage is just a measure of the charge difference between objects. The “dangerous” quantity is current, which tells how many electrons are flowing. Since typically only a few electrons are transmitted in a static electric discharge, these zaps are pretty harmless.

Nevertheless, these little sparks can be fatal to sensitive electronics, such as the hardware components of a computer. Small currents carried by only few electrons can be enough to accidentally fry them. That’s why workers in electronic industries have to remain “grounded.” Being grounded just means maintaining a wired connection to the ground, which for the electrons looks like an empty highway “home.” Grounding yourself is easily done by touching a metal component or holding a key in your hand. Metals are very good conductors, and so electrons are quite happy to go there.

A more serious threat is an electric discharge in the vicinity of flammable gases. This is why it’s advisable to ground yourself before touching the pumps at gas stations; you don’t want a stray spark to combust any stray gasoline fumes. Or you can invest in the kind of anti-static wristband widely used by workers in the electronic industries to safely ground individuals before they work on very sensitive electronic components. They prevent static buildups using a conductive ribbon that coils around your wrist. 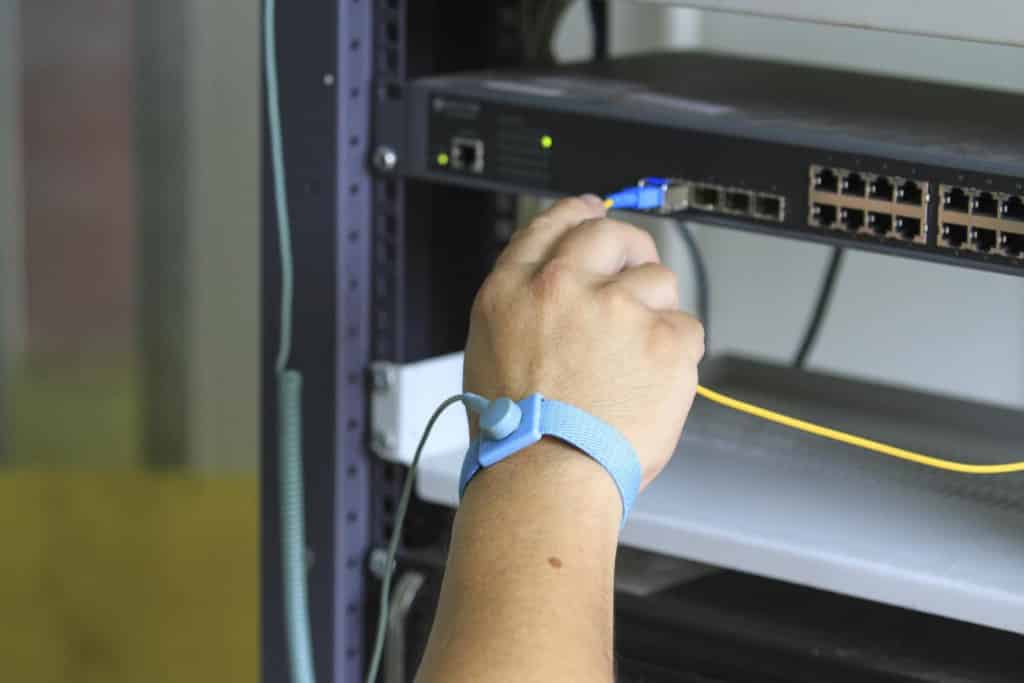 In everyday life, the best method to reduce charge buildups is running a humidifier to raise the amount of moisture in the air. Also keeping your skin moist by applying moisturizer can make a big difference. Dryer sheets prevent charges from building up as your clothes tumble dry by spreading a small amount of fabric softener over the cloth. These positive particles balance out loose electrons, and the effective charge nullifies, meaning your clothes won’t emerge from the dryer clingy and stuck to one another. You can rub fabric softener on your carpets to prevent charge buildup too. Last but not least, wearing cotton clothes and leather-soled shoes are the better choice, rather than wool clothing and rubber-soled shoes, if you’ve really had it with static electricity.

Despite the nuisance and possible dangers of static electricity, it definitely has its benefits.

Many everyday applications of modern technology crucially rely on static electricity. For instance, Xerox machines and photocopiers use electric attraction to “glue” charged tone particles onto paper. Air fresheners not only make the room smell nice, but they really do eliminate bad odors by discharging static electricity onto dust particles, thus dissembling the bad smell.

Similarly, the smokestacks found in modern factories use charged plates to reduce pollution. As smoke particles move up the stack, they pick up negative charges from a metal grid. Once charged, they are attracted to plates on the other sides of the smokestack that are positively charged. Finally, the charged smoke particles are collected onto a tray from the collecting plates and can be disposed of. 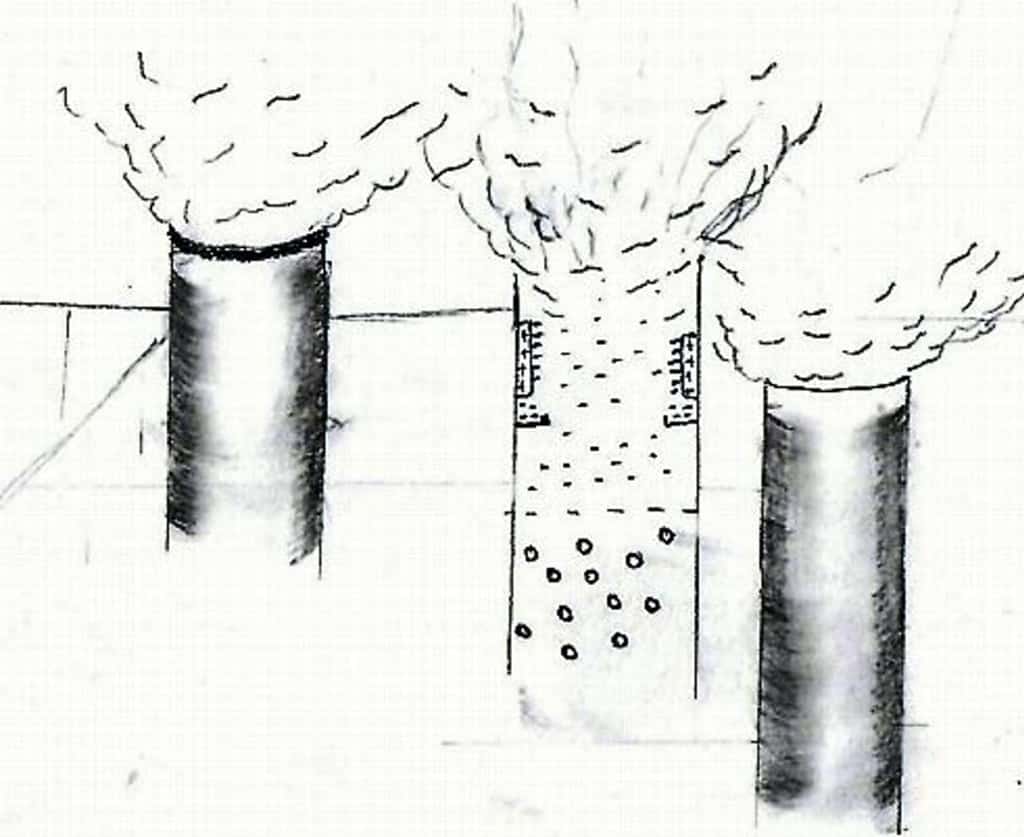 Static electricity has also found its way into nanotechnology, where it is used, for instance, to pick up single atoms by laser beams. These atoms can then be manipulated for all kinds of purposes as in various computing applications. Another exciting application in nanotechnology is the control of nanoballoons, which through static electricity can be switched between an inflated and a collapsed state. These molecular machines could one day deliver medication to specific tissues within the body.

Static electricity has seen two and a half millennia since its discovery. Still it’s a curiosity, a nuisance – but it’s also proven to be important for our everyday lives.

This article was coauthored by Muhammed Ibrahim, a system engineer at an environmental software company. He is conducting collaborative research with Dr. Sebastian Deffner on reducing computational errors in quantum memories.