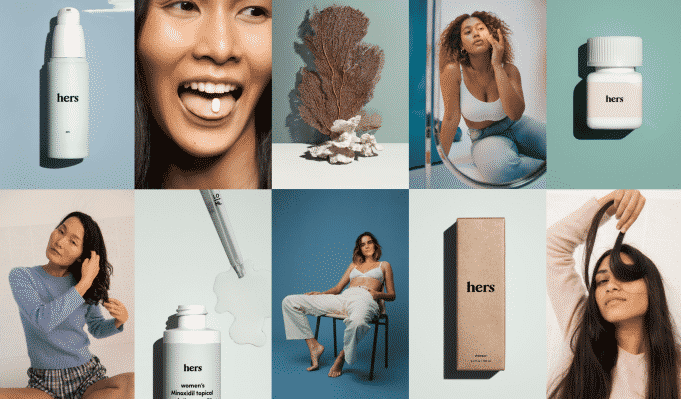 Hims, known by many for its phallic New York subway advertisements, has raised an additional $100 million in venture capital funding on a pre-money valuation of $1 billion. The round was first reported by Recode and confirmed to TechCrunch by sources with knowledge of the deal.

A growth-stage investor has led the round, which is ongoing, with participation from existing investors. Our source declined to name the lead investor but did say it was a “super big fund” that isn’t SoftBank and that hasn’t previously invested in Hims.

Hims officially launched just over one year ago and has raised $197 million already, as well as incorporated a women’s wellness brand, Hers, to go alongside its flagship men’s wellness brand. The business sells sexual wellness products, skin care and hair loss treatments directly to consumers. In addition to erectile dysfunction medication, it offers the birth control pill to customers with prescriptions and Addyi, the only FDA-approved medication for women with hypoactive sexual desire disorder.

According to Recode, Hims spent months negotiating with investors, “with some of them balking at the valuation.” Meanwhile, our source says Hims passed on several viable terms sheets and had plenty of IVP — which led its last round — money in the bank ahead of their latest infusion.

$1 billion, a 2x increase from its previous valuation, is a hefty price tag for such an early-stage digital health startup. Then again, most valuations for venture-backed businesses are foolish.

Steve Wozniak: “Android Is Finally Ahead Of iOS And Siri Is...

GizmoCrazed - January 17, 2012 0
The die-hard cool geek and co-founder of Apple, Steve Wozniak, has confessed that Android is finally ahead of Apple's iOS. Despite of him being a...

GrubMarket gobbles up $32M led by GGV for its healthy grocery...

Women Heart Attack Patients Do Much Better When Treated By Female...