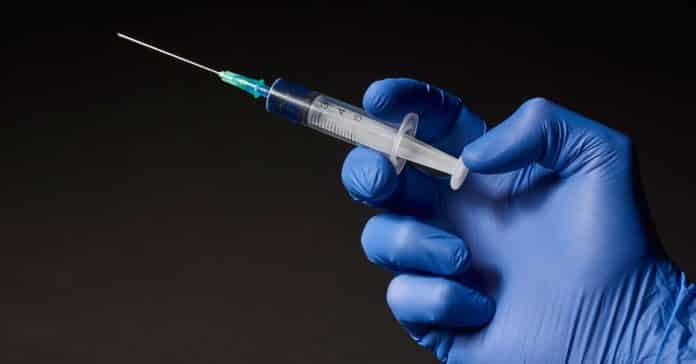 As flu season nears its annual peak, between eight and nine and a half million people in the US have already been sickened by various strains of the respiratory virus, according to new estimates released Friday by federal health officials. That report, from the Centers for Disease Control and Prevention, also estimates that approximately 100,000 people have been hospitalized for complications resulting from the flu. It’s still too soon to know how bad the 2018-2019 season will be. But the good news is that this year’s vaccine appears to be effective against the dominant strain, and there’s still time for you to get your shot if you haven’t yet.

This is the first year that the CDC has begun providing such statistics in the midst of flu season, rather than waiting until the end to tabulate totals. Agency officials are hoping that the weekly updates will raise public awareness of the risks and encourage more people to get vaccinated. The decision comes on the heels of last year’s unusually fatal flu season. In 2017-2018, the virus sickened 49 million Americans and killed 80,000, including a record-high number of children.

A number of factors contributed to making last year the country’s deadliest influenza season in decades. For one thing, infections were dominated by a particularly aggressive strain of the virus—H3N2—known to be associated with more severe complications. That strain shows up less frequently, so people have less exposure, and therefore less natural immunity to it. Getting a flu shot would help shore up some additional defenses, but last year, influenza immunizations hit a seven-season low. According to CDC data, just 37 percent of American adults received vaccinations against the flu, down more than 6 percentage points from the previous year.

One reason for that was likely the negative reviews the vaccine received following its debut in Australia. Globally, that’s where the flu season starts, and the virus’s impact there can predict how bad it will be in the US and Europe. Last year, initial reports coming out of Australia put the vaccine’s effectiveness at a dismal 10 percent.

That poor performance doesn’t mean that someone massively screwed up. Flu vaccines are always a bit of a crapshoot. Scientists take their best guess at which strains are going to show up each season, then manufacturers grow billions of inactivated viruses inside chicken eggs. During the months-long production process, however, the egg-incubated viruses are constantly mutating, sometimes so much so that they bear little resemblance to the wild strains you might catch from a fellow commuter’s cough. The H3N2 strain, which was correctly predicted to predominate, happens to be a heavy mutator.

Although the vaccine had trouble protecting against that particular strain, it still provided protection against the other influenza viruses also in circulation. The CDC’s calculations from last season estimate that the vaccine actually reduced a person’s risk of needing to visit the doctor for the flu by 40 percent. But negative perceptions of its performance were amplified on social media, which may have discouraged people from seeking the shot. According to the CDC, of the 180 kids killed by flu in 2017-18, about 75 percent of them were unvaccinated.

Their tragic deaths appear to have jolted more people into action this year. CDC surveys suggest that as of mid-November (the most recent data available), vaccination coverage among both children and adults was up nearly 7 percentage points over the same time period, with the biggest gains among five- to 12-year-olds. Physicians like Matthew Zahn, who serves as the medical director for the Orange County Public Health Department’s epidemiology division, aren’t surprised by the boomeranging behavior. “Unfortunately the biggest driver for people getting vaccinated are the lessons they learn from personal experience,” he says. “And most people saw someone around them get seriously ill last flu season.”

Even so, these figures show that more than half the US population is still opting out of the shot this season, which the CDC recommends for anyone over the age of 6 months, excepting immunocompromised individuals and people with egg allergies. If you’re in that 50 percent, there’s probably a pretty small chance that you self-identify as an anti-vaxxer, or as a serious threat to anyone’s health save your own. But the World Health Organization would disagree with your assessment. Last week, the international public health authority named vaccine hesitancy, defined as a “reluctance or refusal” to vaccinate even when vaccines are available, as one of the top ten health threats of 2019. Also on the list is a global influenza pandemic, which the WHO described as an inevitability. “The only thing we don’t know is when it will hit and how severe it will be,” the report’s authors noted.

Influenza pandemics have been recorded for at least five centuries, averaging about 40 years between global outbreaks. This year marks the 100th anniversary of the worst of these. Between 1918 and 1919 the Spanish flu wiped between 50 and 100 million people off the face of the Earth—the deadliest event in human history. And while myriad scientific advances since then have improved the care doctors can provide to infected patients, the ability to predict influenza pandemics remains no better today than it was 100 years ago.

Which is why getting a flu shot at the start of every season, however imperfect it might be, is still the first and best line of defense of both the public’s health and your own. “There’s a numbing effect with flu season because it happens every single year,” says Zahn. “But it’s worth reminding ourselves that every year millions of people get sick and thousands die. Increasing vaccination coverage by even just a few points would save an awful lot of lives.” The dream of developing a “universal flu vaccine,” that could be given just once or twice across someone’s lifetime, is inching closer to reality. As are plans for global disease surveillance networks that could serve up early warnings of a the next influenza pandemic. But in the meantime, just go get a shot. Because you never know when the big one’s going to hit.