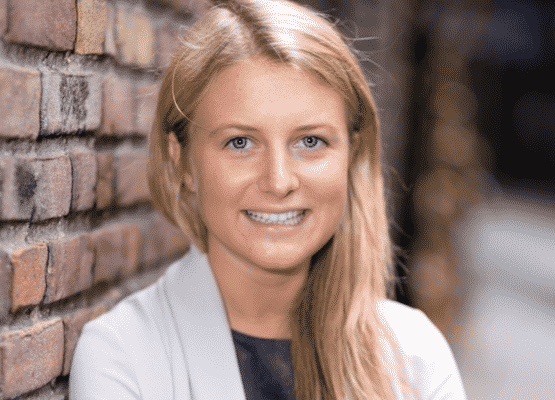 People are increasingly interested in finding a way to participate in the cannabis industry, and for good reason. It’s growing like a weed (yes, we said it). According to a San Francisco-based research company, Grand View Research, the global legal marijuana market is expected to reach $146.4 billion by the end of 2025.

Still, it isn’t easy for potential recruits to know where to look for both temporary and permanent jobs, and it’s just as challenging for companies to find candidates who understand their business. Enter Vangst, a now three-year-old, Denver-based startup that just raised $10 million in Series A funding from earlier backers Casa Verde Capital and Lerer Hippeau to become the go-to recruiting platform for the industry, even while going up against several older entrants, including Seattle-based Viridian Staffing and Ganjapreneur, in Bellingham, Wash.

Yesterday, we with chatted with the CEO and founder of the now 70-person company, Karson Humiston, about launching the platform in college, and why she isn’t so worried about the competition. She also shared some interesting stats around how much cannabis jobs pay.

TC: Some people launch startups in college. Not many of them grow them into sustainable companies. How did Vangst get going?

KH: I went to St. Lawrence [University] and while there, I’d started a student travel company and compiled a database of students and recent grads — people who’d gone on trips through the startup or expressed an interest in going on trips. The spring of my senior year, in 2015, I sent an email to all of them asking what jobs they were interested in, and more than 70 percent said the cannabis industry.

KH: That was my reaction, but living in upstate New York where recreational cannabis isn’t yet legal, I didn’t know a lot about it. So I took a weekend off from school to go to a trade show in Colorado, where I saw everything from cultivation to extraction to retail to ancillary businesses. And when I asked what jobs they were looking to fill, they said, essentially, everything: a director of cultivation, retail dispensary store managers, HR, marketing. They all said it was their top pain point because if they posted on a traditional jobs board — and remember, this was 2015 — the listing would often get taken down. Meanwhile, there was no industry-specific resource because [marijuana] is federally illegal.

TC: So you dropped the travel startup idea and pursued this. Where did you start?

KH: First, I rushed back to St. Lawrence and made an inexpensive site on Wix and started connecting people in my database with summer internships. I’d told the companies I’d met with that I could find them employees for $500 and I called this new company Graduana, [with the tagline] green jobs for grads. My thought was, I’ll go to Colorado and do Graduana for six months and see where the industry really is.

By the spring of 2016, I realized that demand far exceeded interns and recent grads and that we needed to find recruiters who know what they’re doing. We brought on recruiters who were just focused on cultivation, for example, and who know the difference between someone who can grow cannabis in the garage and someone who has done large-scale agricultural growing. They they started pulling in people from the tomato and tulip and big commercial ag who’ve grown [plants] in big state-of-the-art greenhouses and could bring important skills to the table. We also brought in recruiters to just focus on the retail side of things.

It became this profitable, 25-person, boutique staffing agency. But we also saw an opportunity for on-demand labor, because of the seasonality of the industry. Cannabis grows, then it needs to be trimmed and packaged. . .

TC: So it was time for venture capital?

KH: When you’re talking about temporary staffing, it’s really been done manually in this industry, so we wanted to build a platform that would notify candidates that a certain company needs 20 trimmers and is willing to pay $12 an hour and where, meanwhile, employers could see that someone has trimmed for 2,000 hours. And each could rate each other. So we needed to hire engineering and a customer success team and legal, and our revenue wasn’t going to cover those costs.

Thankfully, a founder friend in the space, Ryan Smith of LeafLink, introduced us to Lerer Hippeau when he heard were raising a seed round. We received a warm intro to Casa Verde, too. And both have been amazingly helpful to us.

TC: Are you still doing high-end hiring, too?

KH: We are. Revenue from that piece of our business, where we’re helping companies find maybe COOs or a director of cultivation or extraction, more than doubled last year and continues to be profitable. We get 1,000 resumes some days. We now have 200,000 job candidates on the platform.

TC: Obviously, you’re charging employers different amounts depending on the the type of role that you’re filling. Can you share some specifics?

KH: Right. On the direct hire side, we take a percentage of their first year’s salary. On the gig side, a company tells us how much they’d like to pay for gig workers, and there’s a mark-up on that that we keep.

TC: No matter how long that person works for your client?

KH: It’s usually for a matter of weeks. If it’s longer than that, we charge them a buyout fee [to step out of the relationship].

TC: I take it you’re marketing the service to college students largely.

KH: We market the service through career fairs that we throw in different states, and at trade shows in and out of the industry. We also spend time going to college campuses. But our acquisition costs have been relatively low. Everyone who gets placed with us is known as an original Vangster and we do Vangster nights, where anyone in our network can bring a friend and we can help turn them into employees, too.

TC: More states are legalizing recreational cannabis; how are you drumming up workforces in different places?

KH: We have a team now in Denver, in Santa Monica and a small team in Oakland, and as we launch additional cities for Vangst gigs, we’re hiring managers and people who can do client outreach and candidate vetting and onboarding. We just hired an early employee of Uber, Will Zinsmeister, who helped oversee the launch of cities in Texas for Uber, so we’re excited to have Will and others thinking through supply-and-demand issues as we launch more widely.

TC: Out of curiosity, how much do cannabis jobs pay, and how many people work in the industry right now — do you have any idea?

KH: I think there’s more than 160,000 employees across the cannabis industry right now, and by 2022, the industry is expected to grow to around 340,000 full-time employees.

We did survey 1,500 people to put together a salary guide and one of the questions we asked was how much of their labor needs are seasonable versus otherwise, and they said about 30 percent.

As for the salaries, the on-demand jobs are very in line with other industries. When it comes to full-time jobs, outside sales jobs pay on average a salary of $73,000, which is in line with other outside sales jobs. On the higher end, a compliance manager can make $149,000, a director of extraction makes on average $191,000, and a director of cultivation on the high end can make $250,000.

TC: I think that’s more than people might have imagined. Who is landing these higher-end jobs other than people with backgrounds in traditional large-scale farming?

KH: You’re seeing people graduating with a degree in botany who’ve maybe worked for a cannabis company for six years and are seen as having very unique experience. We’re seeing a lot of clients in Maryland and other places saying they want candidates from Colorado.