The Water in Your Toilet Could Fight Climate Change One Day 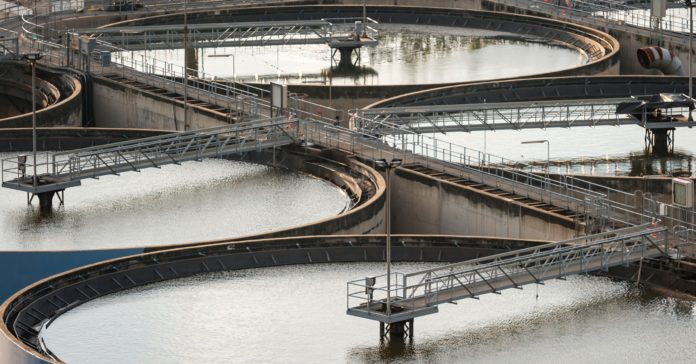 Day after day, you pump carbon dioxide into the atmosphere, whether you’re driving or turning on lights or eating meat. You can’t help it, because, really, no human can. But I bet you haven’t stopped to think about how the simple act of pooping is also part of the problem: Worldwide, wastewater treatment facilities account for 3 percent of electricity consumption and contribute 1.6 percent of emissions.

A drop in the horrifying bucket that is climate change, you might say. But researchers are beginning to explore how we might tweak wastewater treatment technology to capture CO2 instead of emitting it, as a way to slow the ravages of climate change. If their plan works out, at least our poop can be guilt-free.

Currently, the stuff you flush in the toilet or send down the drain ends up in a facility, along with liquid waste from industries like beer or wine making. All that organic matter sits in open-air tanks where microbes feed on it. They munch on the waste and release CO2 as a byproduct, and the facility then pumps the relatively clean (but far from drinkable) water out to sea.

On its own, a person’s poop is carbon neutral (save for emissions from growing and transporting food): Plants capture carbon from the air by way of photosynthesis, you eat the plants, you produce the carbon as waste. When those microbes eat that waste and release the CO2 back to the atmosphere, it ends up right where it started.

Except that the wastewater treatment facilities need energy to operate. There might be a way to tweak this process, however. Some microbes, like bacteria and microalgae, feed on CO2 itself. “They would eat up the organic carbon and then convert the CO2 into chemicals, for example ethanol,” says Princeton University environmental engineer Zhiyong Jason Ren, who co-authored a recent Nature review of potential carbon capture techniques in wastewater treatment. So one potential fix would be to replace the typical microbes used in wastewater treatment with these CO2-guzzlers. “You treat wastewater but also you reduce CO2 into something more valuable.”

In this setup, you’d pump CO2 from, say, a fossil fuel power plant into enclosed tanks full of wastewater. These plants are often located near wastewater facilities anyway; instead of their emitted CO2 going to the atmosphere, it would get funneled to the tanks for microbes to munch on.

This focus on a new marketable product is intentional, to circumvent the biggest hurdle to carbon capture in all its forms: It’s just not profitable. A corporation has no incentive to, say, plant forests or install a carbon-sucking device on its premises if doing so only hurts its finances. Making carbon capture technologies take off will either require legislation to mandate them, a new business opportunity, or both.

“The wastewater treatment plant would become a refinery,” says Ren. “You take this CO2 waste, you take wastewater, then using all these technologies you convert it into something.”

To be clear, modifying wastewater treatment isn’t going to come close to saving us from climate change on its own—for that, we need to cut missions dramatically and immediately. But hungry microbes could play a part. Compared to some of the other schemes for carbon capture, the lift wouldn’t be all that heavy once the tech is in place. Plus, there’s plenty of wastewater to work with—New York City alone produces 1.3 billion gallons of the stuff a day. By law, municipalities in the US have to treat all that muck before pumping it out to sea, which means the raw material is there, and will always be there.

CO2-eating microbes might not be the only way to exploit all that muck. Another idea would be to use wastewater byproducts, aka “sludge,” to produce biochar, a kind of carbon-rich charcoal. When added to soil, biochar can improve crop yields, and as a nice bonus, it 2boosts how much CO2 the soil absorbs. Or we might turn artificial wetlands into their own facilities of sorts: Pump the wastewater into one of these engineered wetlands, and plants would convert it into biomass, thus reconstituting CO2 as vegetation.

But for now, these proposals are speculative. “If you look at what we’re actually doing today, it’s quite far from what the authors are suggesting,” says UCLA environmental engineer Michael Stenstrom, who has researched wastewater treatment and carbon sequestration. “Some of the roadblocks are not great science—they’re management and getting people to do what we want them to do.”

For instance, researchers like Stenstrom have a hard time even getting wastewater facilities to be more efficient, to say nothing of exploring futuristic technologies like carbon sequestration. Sure, the plants can update their systems to save energy, but that means extra investment and work for the operators.

“I say, ‘Well, what about saving the money?’” Stenstrom says. “And the operators say, ‘Well, that money goes downtown. We don’t see it, so we’re not motivated.’”

That may change, though, as the ravages of climate change grow ever more severe and dramatic. Perhaps operators will get the incentives to not just be more efficient at processing wastewater, but to make money via carbon sequestration.

Let’s leave it at this: It wouldn’t be the worst thing if our poop helped scrub the atmosphere. It might even be just the place to start.