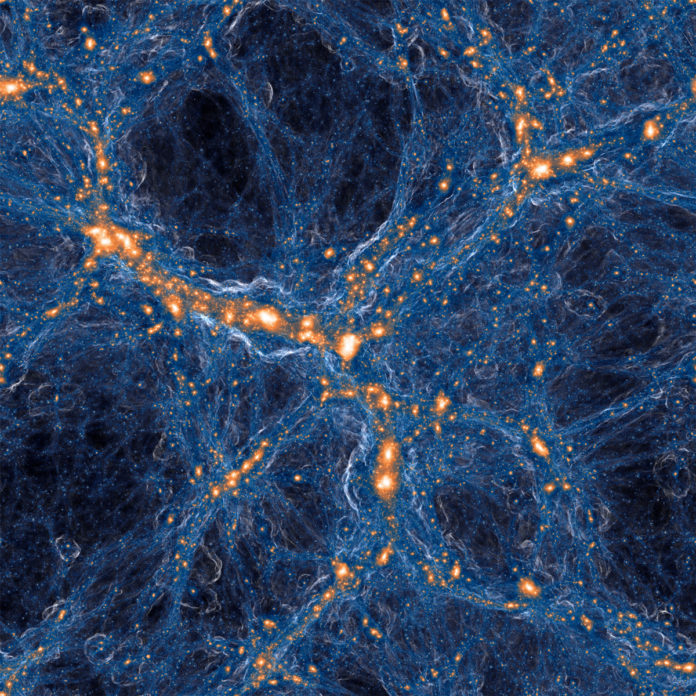 Experts have known for a while that gas and dark matter — the theoretical counterpart to regular matter — sprawl through the cosmos. These so-called cosmic webs account for the bulk of the matter in the great unknown. Generally, where there’s plenty of gas, there are also plenty of galaxies, which give off ultraviolet (UV) light). Today, that UV light keeps most of that gas transparent, and galaxies shine through. But in our universe’s youth — around 12.5 billion years ago — it was pretty opaque. And that opacity varied wildly throughout the universe.

A recent paper in Astrophysical Journal found out why: These once-opaque patches didn’t have many galaxies within them, and thus not enough UV light to make gas transparent; it’s the opposite of what we see today, depicted below. In this simulation of today’s universe, a dense gaseous void in the upper left appears empty, in contrast to bright galaxies in orange and white. But back in the day, that void would have looked as impenetrable as a dense fog bank.