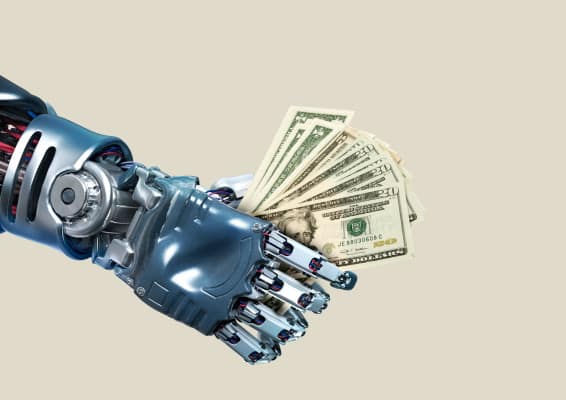 If you work in tech, you’ve heard about artificial intelligence: how it’s going to replace us, whether it’s over-hyped or not and which nations will leverage it to prevent, or instigate, war.

Our editorial bent is more clear-cut: How much money is going into startups? Who is putting that money in? And what trends can we suss out about the health of the market over time?

So let’s talk about the state of AI startups and how much capital is being raised. Here’s what I can tell you: funding totals for AI startups are growing year-over-year; I just don’t know precisely how quickly. Regardless, startups are certainly raising massive sums of money off the buzzword.

To make that point, here are just a few of the biggest rounds announced and recorded by Crunchbase in 2018:

Now, this is the part I normally include a chart and 400 words of copy to contextualize the AI market. But if you read the above descriptions closely, you’ll see our problem: What the hell does “AI” mean?

Take Zymergen as an example. Crunchbase tags it with the AI marker. Bloomberg, citing data from CB Insights, agrees. But if you were making the decision, would you demarcate it as an AI company?

Instead, the company focuses on molecular technology. Artificial intelligence is not, in fact, what Zymergen is selling. We also know that Zymergen uses some AI-related tools to help it understand its data sets (check its jobs page for more). But is that enough to call it an AI startup? I don’t think so. I would call it biotech.

That brings us back to the data. In the spirit of transparency, CB Insights reports a 72 percent boost in 2018 AI investment over 2017 funding totals. Crunchbase data pegs 2018’s AI funding totals at a more modest 38 percent increase over the preceding year.

So we know that AI fundraising for private companies is growing. The two numbers make that plain. But it’s increasingly clear to me after nearly two years of staring at AI funding rounds that there’s no market consensus over exactly what counts as an AI startup. Bloomberg in its coverage of CB Insights’ report doesn’t offer a definition. What would yours be?

If you don’t have one, don’t worry; you’re not alone. Professionals constantly debate what AI actually means, and who actually deserves the classification. There’s no taxonomy for startups like how we classify animals. It’s flexible, and with PR, you can bend perception past reality.

I have a suspicion there are startups that overstate their proximity to AI. For instance, is employing Amazon’s artificial intelligence services in your back end enough to call yourself an AI startup? I would say no. But after perusing Crunchbase data, you can see plenty of startups that classify themselves on such slippery grounds.

And the problem we’re encountering rhymes well with a broader definitional crisis: What exactly is a tech company? In the case of Blue Apron, public investors certainly differed with private investors over the definition, as Alex Wilhelm has touched on before.

So what I can tell you is that AI startup funding is up. By how much? A good amount. But the precise figure is hard to pin down until we all agree what counts as an AI startup.