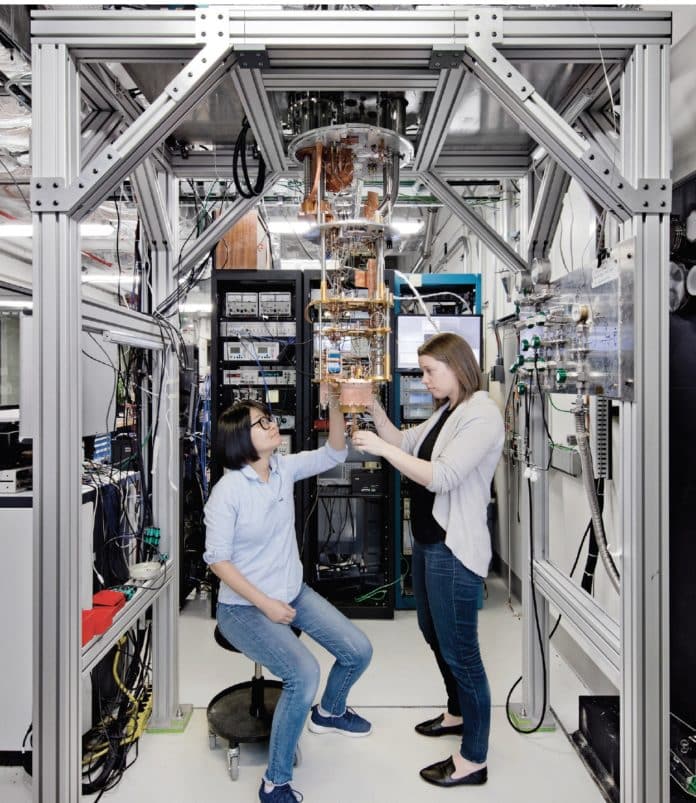 Tech experts have long championed quantum computers as the next generation of machine, promising to solve big problems in lightning-fast time, but the delicate chips exist in only a handful of labs. In the race to build the largest one yet, Google shot ahead in March when it unveiled Bristlecone, a 72-qubit device with low error rates. The previous record holder was a 50-qubit IBM machine.

Qubits do for quantum computers what bits, usually stored on transistors, do for classical computers: They carry out computations and store information. But unlike traditional bits, which can take one of two values (on/off, or 1 or 0), qubits can exist in a combination of two states at the same time, allowing for greater digital brainpower. The more qubits, in theory, the more powerful a quantum computer becomes.

“Google’s experiments are guiding the field of quantum problem-solving,” says computer scientist Wim van Dam of the University of California, Santa Barbara. “This is the story in everybody’s mind.”

A look at all the companies participating in 500 Startups’ 24th...

An artificial womb has been successfully used to incubate healthy baby...