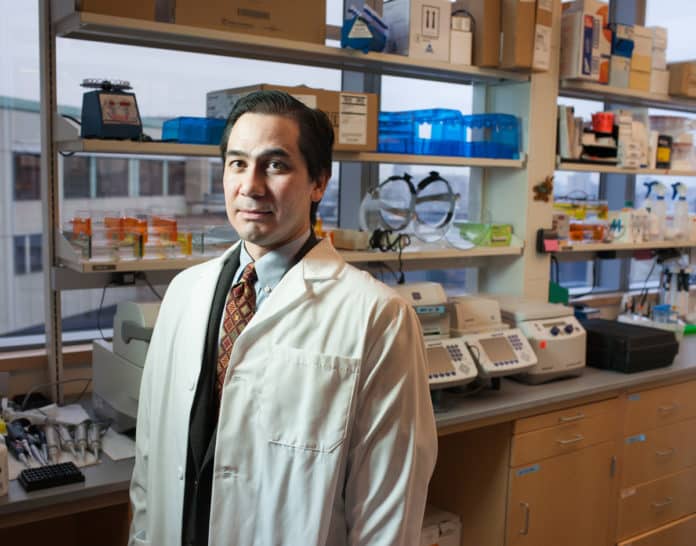 An HIV vaccine developed by a team of international researchers has advanced further than any other in years, raising hopes for controlling the virus that can lead to AIDS.

In July, a paper in the British medical journal The Lancet detailed the first human trials of Ad26, conducted in Africa, Thailand and the United States. Most of the 393 adults in the trials showed strengthened immune responses, and side effects were minimal. The vaccine also protected 67 percent of rhesus monkeys exposed to a simian virus similar to HIV, according to the researchers.

Ad26 is currently in an efficacy trial involving 2,600 people in Africa; the trial will determine if the vaccine can actually protect people from the virus. Only four other potential HIV vaccines have made it to this stage of development. The last one, tested in 2013 in the U.S., was shelved due to a lack of results. Results of the Ad26 trial are expected in three years.

Barouch talked to Discover about how the vaccine works and its potential.

Q: What’s the biggest challenge to creating an HIV vaccine?

A: HIV is a virus of extraordinary diversity. There are different genetic sequences of HIV throughout the world, within each country and even within every HIV-infected individual.

Q: How do you address HIV’s diversity?

A: Our approach to that question, and not saying it’s a complete answer but at least a step in the right direction, is a so-called mosaic antigen. What that means is that the HIV sequences that are put into the vaccine are not from any single strain that was found in a virus from an individual. But rather, [the vaccine] is a collage of virus strains that aims to provide the best immune responses to combat the genetic diversity of HIV worldwide.

Q: How well does it work?

A: Animal data and the early phase human data look promising and have warranted the advancement of this vaccine into a large-scale human trial to test whether or not it will prevent HIV infection in humans.

It’s definitely a step in the right direction, and it’s a novel approach to try and address the question of global virus diversity. Is it good enough? We will only know that when we see the results of the efficacy trial.

If successful, it could have an incredibly important health effect in curbing and ultimately controlling the HIV epidemic.