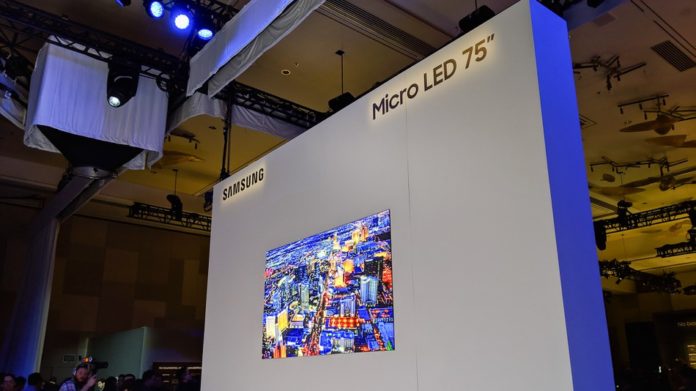 I’ll spare you all of the technical advantages of Samsung’s newly announced 75-inch Micro LED TV — an even wider color gamut and higher peak brightness and deeper black levels — and instead wow you with the TV’s customizable design, because it’s really something to behold.

Samsung first boasted about the modular design of “The Wall” Micro LED TV at CES 2018, bragging about how it could be customized to any size, resolution, and aspect ratio your heart desired.

But it didn’t show how it worked until now. At CES 2019, I finally got a first look at how easy it is to combine Micro LED panels to create a larger or smaller TV within seconds.

“This screen is customizable and can be placed anywhere in the home,” Jong-Hee Han, the president of Samsung’s display division, said as he took the wraps off the 75-inch flat screen. “If we add new modules to this 75-inch screen, the display can be scaled up to 80 inches or 90 inches.”

Instead, Micro LED TV owners will be able to design their perfect TV fit for their personal space. Han said the customizable design opens up the ability to have resolution in 4K, 6.5K, 8K, and even 10K and beyond. 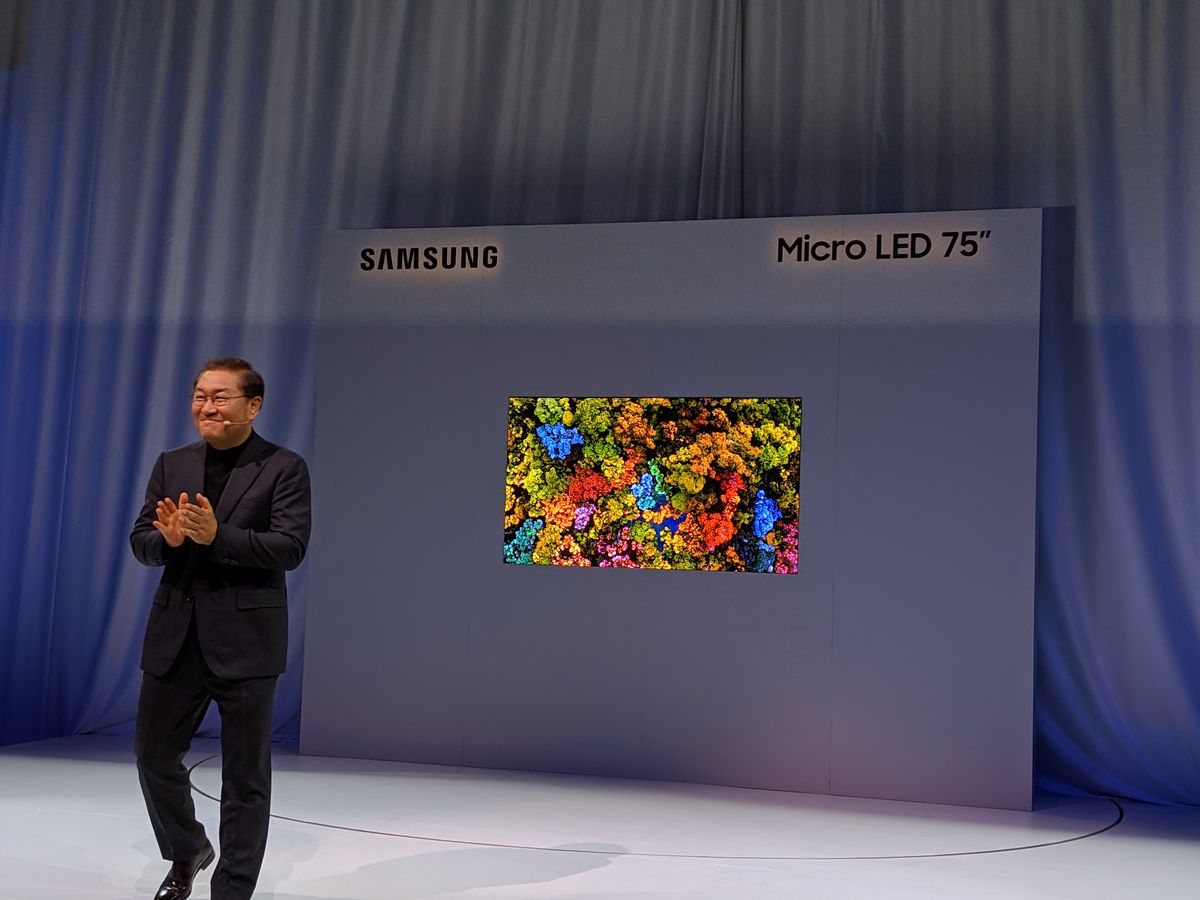 Is modularity the future of TV design?

Han of course didn’t provide any details on what kind of content you’d be able to watch on high-res TV creations sporting 8K or 10K resolutions. My guess is you’d have to rely on some kind of upscaling technology, which as you probably already know, is never as sharp as native resolution.

Micro LED technology will also change how we think about fixed aspect ratios. Back in the SD days, it was 4:3 and then we made the jump to 16:9 for HD.

With Micro LED, Samsung says panels can be customized to fit content without any letterboxing. Imagine 21:9 movies without any black bars — yes, please! Or go crazy and have a vertical TV for … err … vertical videos … if that’s what you want.

Customizing a Micro LED takes only seconds. In a demo, I watched as a staff member added and removed square-shaped Micro LED modules without using any tools.

Just lift the panel off its plate and then twist a couple of mechanisms to remove the plate itself and, boom, smaller display. Adding more Micro LED panels is equally as quick and easy.

Below you can see a close-up of the Micro LED panels themselves. 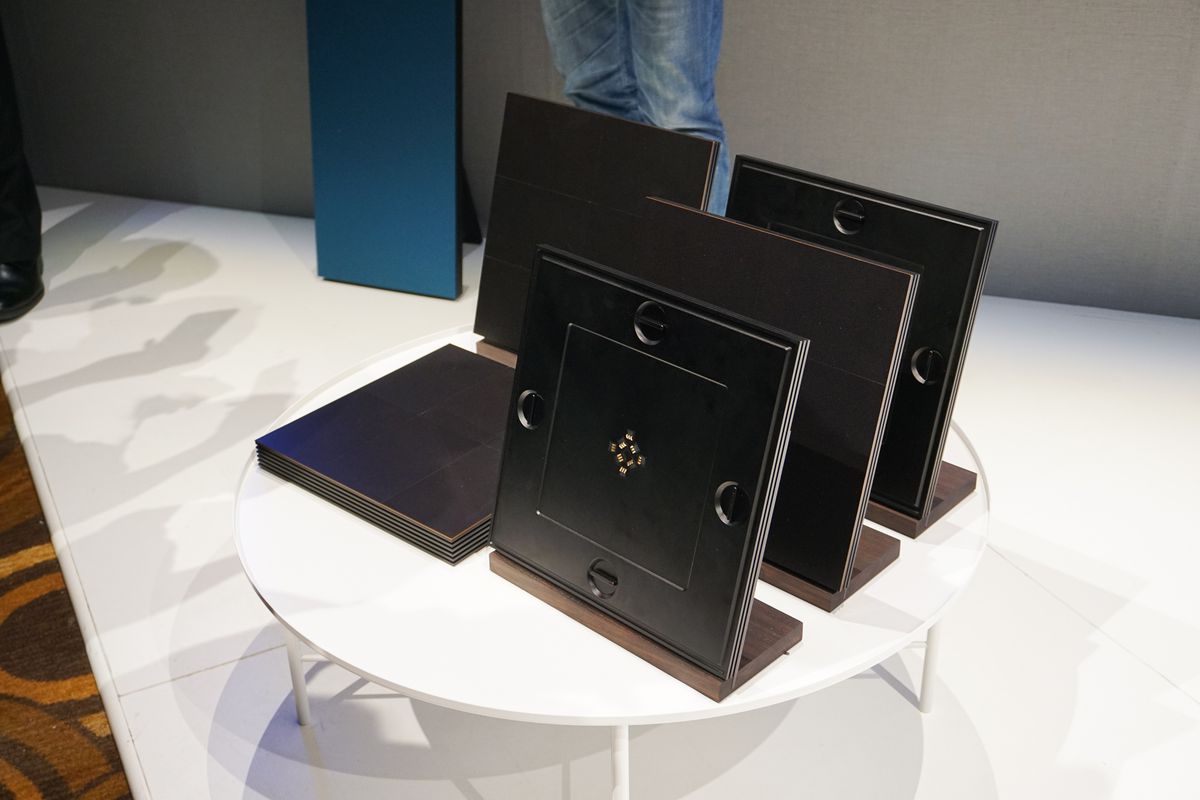 The Micro LED panels are super easy to connect together.

As with the case of the original 146-inch The Wall TV, Samsung hasn’t announced pricing for the 75-incher. Expect it to be pricey, though. Like super, unbelievably, ridiculously, not affordable for anyone not in the 1 percent.

I’ve been worried about the future of TV design for a while now, but now I’m semi convinced that maybe Samsung’s onto something with modules.

There’s only so much that can be done with color, brightness, resolution, and thinness. What’s next? A customizable TV that you can enlarge and break down as you wish isn’t a bad idea. I’m all for it, especially when it doesn’t require a guy to rip holes in my wall every time I want to change the screen size. 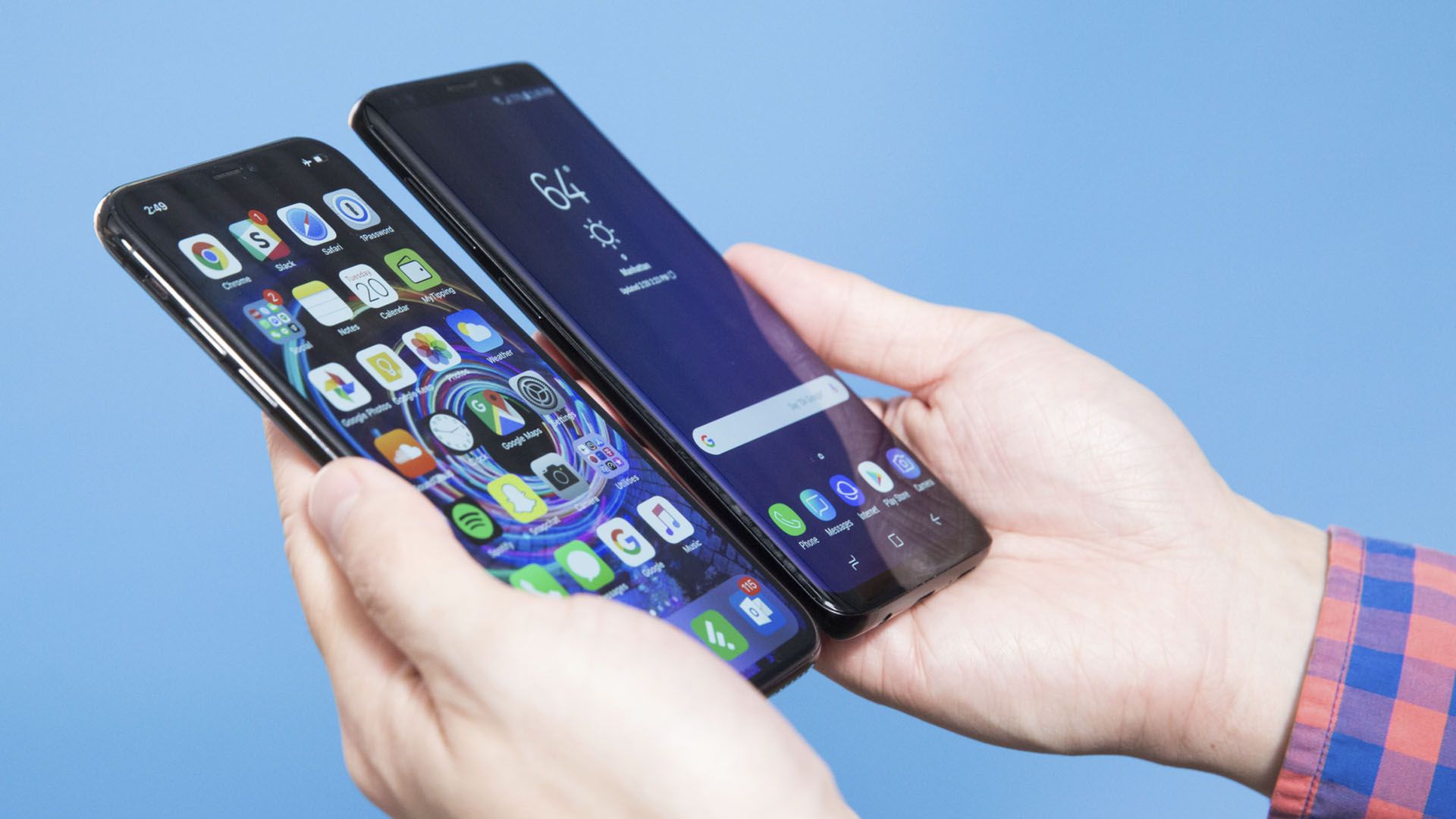