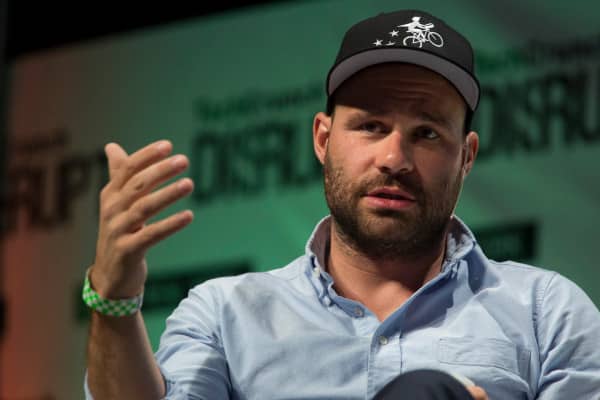 Postmates, one of the earlier entrants to the billion-dollar food delivery wars, has raised an additional $100 million in equity funding at a $1.85 billion valuation, as first reported by Recode and confirmed to TechCrunch by Postmates. The round comes four months after the eight-year-old startup drove home a $300 million investment that finally knocked it into “unicorn” territory.

New investor BlackRock has joined the funding round alongside Tiger Global, which served as the lead investor of Postmates’ September financing. Led by co-founder and chief executive officer Bastian Lehmann, the company has garnered a total of $681 million in venture capital funding from investors, including Spark Capital, Founders Fund, Uncork Capital and Slow Ventures.

In line with several other tech unicorns, Postmates has begun prep for an initial public offering that could come this year, including tapping JPMorgan to advise the float. As Recode pointed out, the $100 million capital infusion was probably less of a necessary funding event but rather an opportunity for existing investors to liquidate stock ahead of an exit.

Postmates, which completes 3.5 million deliveries per month, reportedly expected to record $400 million in revenue in 2018 on food sales of $1.2 billion. The company has not confirmed that figure nor disclosed any other 2018 revenue numbers. The company currently operates in more than 500 cities, recently tacking on another 100 markets to reach an additional 50 million customers.

It will be interesting to see how Wall Street responds to a Postmates public listing. Though it was an early player in what has become an extremely crowded market, Postmates never emerged as the leader in food delivery. Now, with supergiants like Uber dominating via Uber Eats and SoftBank funneling loads of capital into Postmates competitor DoorDash, it shouldn’t count on an oversubscribed IPO.

Essential Phone can now stream live to Facebook from the 360...

GizmoCrazed - November 9, 2017 0
The Essential Phone just got a camera software update that will allow owners of the device to broadcast live, 360-degree video right from the...

Your Chicken’s Salmonella Problem Is Worse Than You Think