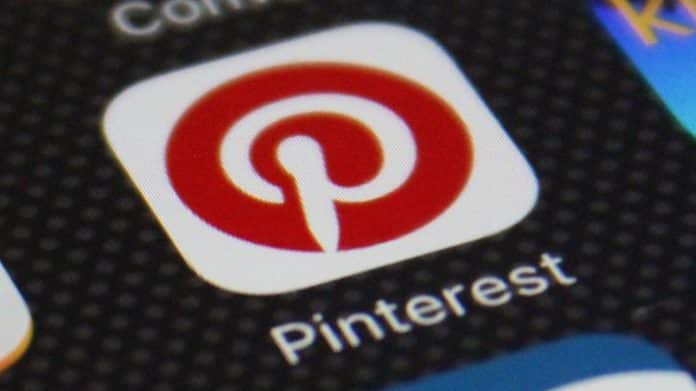 Pinterest, the 11-year-old, San Francisco-based site known for the photos its users post about everything from wedding to beauty trends, has hired Goldman Sachs and JPMorgan Chase as lead underwriters for an IPO that it’s planning to stage later this year.

Reuters first reported the news. TechCrunch sources have since confirmed the development. A Pinterest spokesperson declined to “comment on rumors and speculation” when asked this afternoon for more information.

Pinterest has raised roughly $1.5 billion over the years and was valued at $12 billion by its private investors during its last fundraising round in 2017. Notably, its backers include Goldman Sachs Investment Partners, among many other investment firms, both early and later-stage, like Valiant Capital Partners, Wellington Management, Andreessen Horowitz and Bessemer Venture Partners.

The company’s revenue last year was $700 million, more than double what the company generated in revenue in 2017.

Whether Pinterest has ever been profitable, we couldn’t learn this afternoon. But the company employs 1,600 people across 13 cities globally, including Chicago, London, Paris, São Paulo, Berlin, and Tokyo, and half its users now live outside the U.S., with the international market its fastest-growing segment.

Perhaps unsurprisingly, more than 80 percent of people access the service via its mobile app.

Assessing how Pinterest’s shares might be received by public market shareholders has become a favorite parlor game for Silicon Valley denizens. In a recent report, the outlet The Information posited that Pinterest’s offering could suffer because it’s a social media company that’s frequently lumped together with companies like Facebook and Twitter that have repeatedly raised concerns about users’ privacy and have faced a nearly year-long backlash as a result.

Yet Pinterest is far afield from what most users think of as social media and more akin to a visual search and discovery platform, with people looking for ideas and inspiration rather than to reach other people. So thinks venture capitalist Venky Ganesan of Menlo Ventures, who noted on a recent TechCrunch podcast that “there are no Russian trolls” on Pinterest. More, he’d said, “I haven’t seen Pinterest sell [users’] data. They’re using data to [figure out] advertising on Pinterest; they aren’t brokering [that information] to others.”

Another potential concern for Pinterest is its reliance on advertising, which is often the easiest expense for companies to slash when an economy begins to cool, as may be happening here in the U.S. Ads make up 100 percent of the company’s revenue.

Here, too, however, Pinterest could prove more durable than some of its competitors. While brand-image driven advertising often gets cut when budgets tighten, direct response advertising often does even better in down markets, as companies seek out clearer returns on their investment. And much of Pinterest’s revenue is driven by direct-response type advertising. Users see, they click, and they buy. As Ganesan offered during that same trip to TC’s podcast dungeon, “I’ve got three daughters at home, and they spend a lot of time on Pinterest, and they buy stuff.” (Ganesan isn’t an investor in the company; neither is the broader Menlo Ventures team.)

Pinterest could reportedly seek to raise up to $1.5 billion in an offering, according to past media reports. Whether it targets more or less, we’re likely to learn soon, but an IPO has been expected for some time, in part because the company is getting up there in years as startups go, in part because of its continued growth, and in part because of some new hires that seemed to suggest the company has been gearing up to become publicly traded.

In November, for example, Pinterest brought aboard its first-ever chief marketing officer in Andréa Mallard, who joined the company from Athleta, Gap’s activewear brand. She now oversees the company’s global marketing and creative teams.

Roughly a year ago, Pinterest also recruited its first COO, hiring  Francoise Brougher, who was previously a  business lead at Square and a VP of SMB global sales and operations at Google before that.

In fact, unlike many of today’s buzziest companies, Pinterest seems to have retained almost all of its top executives in recent years with one notable exception. In late 2017, it parted ways with its then president, Tim Kendall, who’d been with Pinterest for more than five years at the time. Kendall, who’d also worked previously at Facebook, left to start his own health wellness company.