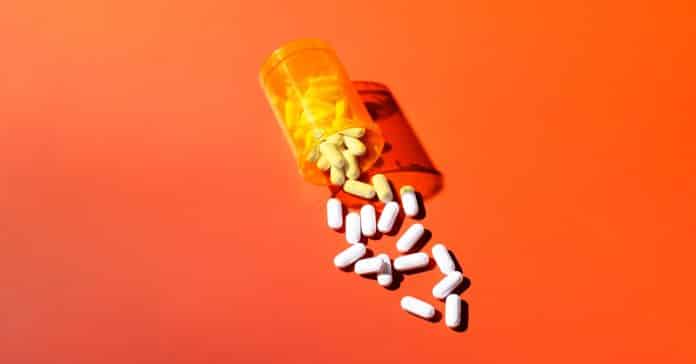 It’s no secret that the pharmaceutical industry wields big influence over doctors who prescribe painkillers. But the data is mounting on the extent of that relationship and the many thousands of lives it has cost.

This week came new revelations that the family that owned a major drug firm spent years misleading doctors and patients about the dangers of OxyContin in the early 2000s. The aggressive promotion of that one painkiller helped fuel the opioid crisis that killed more than 40,000 Americans in 2017.

There’s also the more subtle influence of cash payments through speeches, conferences, trips, and free meals that drug company representatives use to tout their latest opioid medications. In Utah alone, opioid-producing firms have spent nearly $1 million since 2013 to influence doctors, according to the Utah Investigative Research Project and the Salt Lake Tribune. One doctor took more than 100 free lunches in three years from opioid drug reps. Utah now has the third-highest prescription opioid death rate in the US.

And today, researchers in Boston report more details about the extent of this pharma-doctor industrial complex. In a study published today in the journal JAMA Network Open, researchers at the Boston Medical Center found a strong association between direct-to-physician marketing dollars spent by drug companies, the number of opioid prescriptions issued by doctors, and the number of deaths in each US county from prescription opioids. The team used data collected each year as part of the 2010 health care reform law, also known as Obamacare.

During the time period of the study, 2013 through 2015, the counties that reported more spending of ad money also had more doctors’ prescriptions written and more overdoses from prescription painkillers. The association grew stronger as the amount of pharmaceutical ad money increased in each county. The report also notes that prescription-related drugs account for about a third of the total opioid overdose deaths, the remainder stemming from abuse of fentanyl, heroin, or other illegal narcotics.

Lead author Scott Hadland, a physician and drug policy expert at BMC, says he expected to see these links between spending, prescriptions, and deaths, but what surprised him was the effect of a drug sales rep taking a doctor to lunch. The number of meals doctors accepted from drugmakers had a bigger influence on the physicians’ prescription writing than accepting big speakers’ fees or trips to fancy resorts.

“What we found was that the most important consideration is this perfectly legal practice of taking doctors out to meals,” Hadland says. “Typically, it’s not a lot of monetary value, but it’s widespread and happens across the US.”

Hadland says his team’s findings suggest that direct-to-physician opioid marketing may short-circuit other policy efforts to cut down on opioid prescriptions and that lawmakers might want to look at ways to limit drugmaker lobbying of doctors. Hadland’s own hospital group prohibits drug sales reps from marketing opioids directly to physicians, as does the state of Vermont. But a similar effort by Philadelphia officials failed in December 2018 after intense lobbying from the pharmaceutical industry and doctors’ groups.

Congress passed legislation last year boosting funding for opioid addiction treatment and research, but the bill didn’t curtail drug company lobbying to doctors. Keith Humphreys, a Stanford University professor of health policy, says there are ways to fix the problem without limiting the right of doctors to talk to whomever they want. He says Congress could eliminate the business-expense tax deduction that drugmakers receive for spending money on opioid marketing to doctors.

“The public has a contrary interest” to the financial health of drug firms, Humphreys says. “The most powerful medication is not necessarily the best medication. That’s why some restrictions are reasonable.”

Other experts want the drugmaker lobbying disclosure rules expanded to cover physician’s assistants, nurses, and others who either purchase or prescribe opioids. Pharmaceutical companies also target these workers and receive much less scrutiny for it, says Andrew Kolodny, codirector of opioid policy research at Brandeis University. “Right now, there is no data, and drug companies are relying more and more on these health care professionals,” he says.

Purdue Pharmaceuticals, the OxyContin manufacturer, announced in 2018 that it would stop sending its sales reps to doctors’ offices to market opioids. Kolodny notes that the Centers for Disease Control is expected to release a report in the next few months about the scale of the nation’s opioid crisis in 2018, and he expects a slight decrease in the number of overdose deaths.

“I wouldn’t say things are improving,” Kolodny says. “But there is some light at the end of the tunnel.”

Identical Twin Girls, Separated At Birth, Were Reunited Through Facebook

GizmoCrazed - November 14, 2014 0
Who says the internet does not have the power to reunite those who separate? Infact, it has played a pivotal role in reuniting two...

Mars Doesn't Need Our Microbes: How to Keep the Red Planet...

The $95,000 Fake Corpse Training a Generation of Doctors