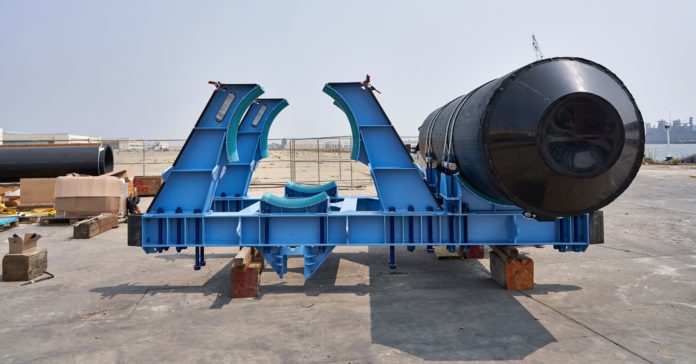 Bad news from the high seas: the Ocean Cleanup’s 600-meter-long floating tube, which was supposed to catch plastic whilst somehow surviving the relentless forces of the ocean, has done neither. In November, the organization—which has raised $40 million from donors and companies—announced that the thing wasn’t really catching plastic, and last week it said the giant tube had snapped in two. It’s now being towed to Hawaii for repairs and upgrades.

To many ocean scientists, this isn’t in the least bit surprising. As we’ve reported, researchers have been warning that first of all, the sea will easily demolish a 600-meter-long plastic tube. Two, the device could imperil sea life. Three, it wouldn’t make a dent in the ocean plastic problem anyway, given that only a fraction of the trash is floating at the surface. And four, even if Ocean Cleanup’s plan did somehow work, this isn’t the way to go about fixing the mess we’ve unleashed on the seas.

Debbie Downers, I know. But what is the right way to cleanse our oceans of the plastic menace? Oceanographer Kim Martini, who has studied Ocean Cleanup’s campaign, has some ideas. (Ocean Cleanup declined to comment for this story.)

The original idea behind the Ocean Cleanup device was for the giant U-shaped tube to float in the Pacific Ocean, where it would slowly accumulate plastic. Once the U filled up, a support vessel would come and scoop up the trash and haul it back to shore.

But early in the tube’s deployment, engineers realized that the plastic wasn’t staying in the U. “One hypothesis,” wrote Boyan Slat, the project’s founder, in a Nov. 20 blog post, “is that the force of the wind against the system might be making both extreme ends of the floater pipe oscillate (like the fin of a fish), which may lead to a motion force against the wind direction. This motion counteracts the force of the wind, and, therefore, slows down the system.”

Or the issue could be that small pieces of plastic simply travel faster than a 600-meter-long tube. “They’re trying to use something large like that,” says Martini, “that’s propelled by the waves, the current, and the wind, to capture something that typically moves faster than the current. And so I think they just kind of have a really fundamental misunderstanding of how marine debris moves in the ocean.”

On New Year’s Eve, Slat posted another, rather more serious message: An 18-meter-long section at the end of the U had snapped off. Not because a massive storm tore through and mangled the device, but because of wear and tear.

“The ocean is a big, mean place,” says Martini. “It sounds like it suffered material fatigue from repeated movement which is something that, you know, happens on the ocean. It’s not really that surprising.”

Engineering aside, Martini says that even if Ocean Cleanup’s device worked, it’d only reach a fraction of the plastic in the water column. After all, it dangled a screen that only reached 3 meters deep at its lengthiest. Researchers are still trying to parse exactly where in the ocean the plastic is hiding, but it’s clear that much of it—tiny, less bouyant pieces in particular—swirls deeper in the water column. And a lot of it just sinks to the ocean floor. “Most of the plastic isn’t actually at the surface, so this is not an effective way to do it,” says Martini.

So what, then, would be an effective way? Well, uh, there isn’t one, otherwise scientists would have deployed it on a wide scale by now. Ocean plastic is an insanely difficult problem in part because of the potential for collateral damage. You could deploy giant nets in the Great Pacific Garbage Patch, sure, but you’d bring up hordes of ocean life along with the trash.

This was a major concern with Ocean Cleanup as well. “They said they did an environmental impact assessment, but they really kind of glossed over the effect that something big like this would have on phytoplankton communities and smaller fish,” says Martini. “It could actually do more harm than good.”

Alright, so we’re screwed, right? If we can’t engineer our way out of this problem, what’s left to do?

“I think waste management and legislation are really our next two big steps for this,” says Martini. “Admittedly, legislation isn’t as sexy as a giant floating boom, I know that. But waste management is an effective solution.” Stricter recycling laws the world over, for instance.

“We’re going to have to use less plastic or figure out alternatives to it,” Martini adds. “Plastic is cheap, so it’s going to be hard.”

In the meantime, there is one effective engineering solution to the prevention problem: Mr. Trash Wheel and Professor Trash Wheel. The Waterfront Partnership of Baltimore has deployed two current-powered trash wheels (complete with giant eyeballs) that lift garbage out of the water—before it drifts out of reach—and dump it into barges. So far, they’ve kept 1,000 tons of trash from reaching the ocean.

A relatively tiny amount compared to the millions upon millions of tons of plastic that drift into the oceans every year, sure. But until someone invents a magical plastic magnet we can drag through every square mile of ocean to clean up the mess, we have to get better at keeping trash out of the sea. The $40 million that’s gone to Ocean Cleanup, after all, could have gone a long way back on land.

Apple Watch fire face was made with actual fire

GizmoCrazed - September 20, 2018 0
With the Apple Watch Series 4, Apple introduced a new, larger display. It now has rounded edges and thinner bezels. And the company took...

A history of HTC in 12 devices

How To Turn Off Facebook Game and App Requests