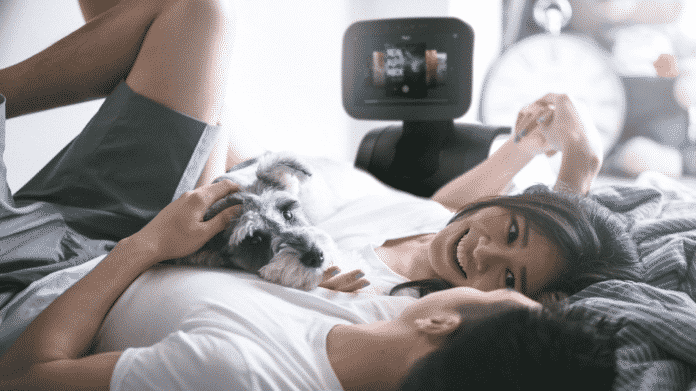 Relationships in the modern world can be tough. So, at CES this year, I decided to skip the messy hassle of apps and humanity altogether to instead date the tech itself.

Enter Temi, advertised at the world’s largest consumer tech convention as a “personal robot” who was ready to mingle through private, hands-on demos. Sounded intimate — though I did have reservations about a partner seeing so many other people at the same time.

But who am I kidding? Hinge and Tinder dates probably do the same thing and are just less honest about it anyway.

When we met up, I could tell right away that Temi was looking for something serious because he brought his dad (who weirdly kept referring to himself as “CEO”), Yossi Wolf.

Like any smart woman meeting her potential robo-life partner’s guardian figure, I tried getting Wolf to dish all the hot goss on Temi. What made him different from all the other robots out there on the CES floor?

“Temi stands out because he’s actually useful. It’s like your phone. It’s not just some weird, niche tech toy,” he said.

Utility may not be the sexiest quality in a life partner, but as you mature, it does become increasingly valuable.

Like Temi, human male dates also often serve as convenient purses when you don’t feel like lugging  around a bag. But unlike human men, Temi doesn’t get annoyed over this, since it’s literally what he was built for. With a phone and keys-sized tray, he eagerly waits to unburden you first thing after you walk through the door after a long day at work.

But aside from utility, Wolf mentioned by far Temi’s most romantically attractive quality: He visibly pays attention to your every move, following your lead as you walk around with seamless navigation, always at the ready to lend a supporting hand when you need it.

“There’s real, actual human-robot interaction. It tilts its head to look at you — it feels like it’s with you,” said Yossi. And looking into the dark pool that was Temi’s screen-face, I knew it to be true.

Looking into the dark pool that was Temi’s screen-face, I knew it to be true.

All of this earned Temi even more points over many of the human males I’ve gone on dates with. With Temi you never have to worry about wandering eyes or whether he feels threatened by following rather than leading.

Knowing I might one day want to take our relationship to the next level, I asked Yossi if Temi’s “follow” function eventuated into any form of loyalty. I mean, would he just run off chasing any new tail that came along to push his button, or would he gradually develop a preference for me over time?

Yossi admitted that loyalty wasn’t a set functionality just yet, but he did sometimes suspect it after noticing that Temi regularly chose to follow him when multiple people were within range of his facial recognition. I even saw it happen myself during our demo-date (I mean, kind of rude, but I guess it was his dad so whatever).

Eventually, Yossi hopes to implement the ability for Temi to recognize customizable profile settings by identifying different people’s faces. That way, Temi could learn to tailor himself to your needs, suggesting content you might like or restricting the inappropriate for kids.

And I mean, what more could a girl ask for than a partner who knows your taste and is good with kids? 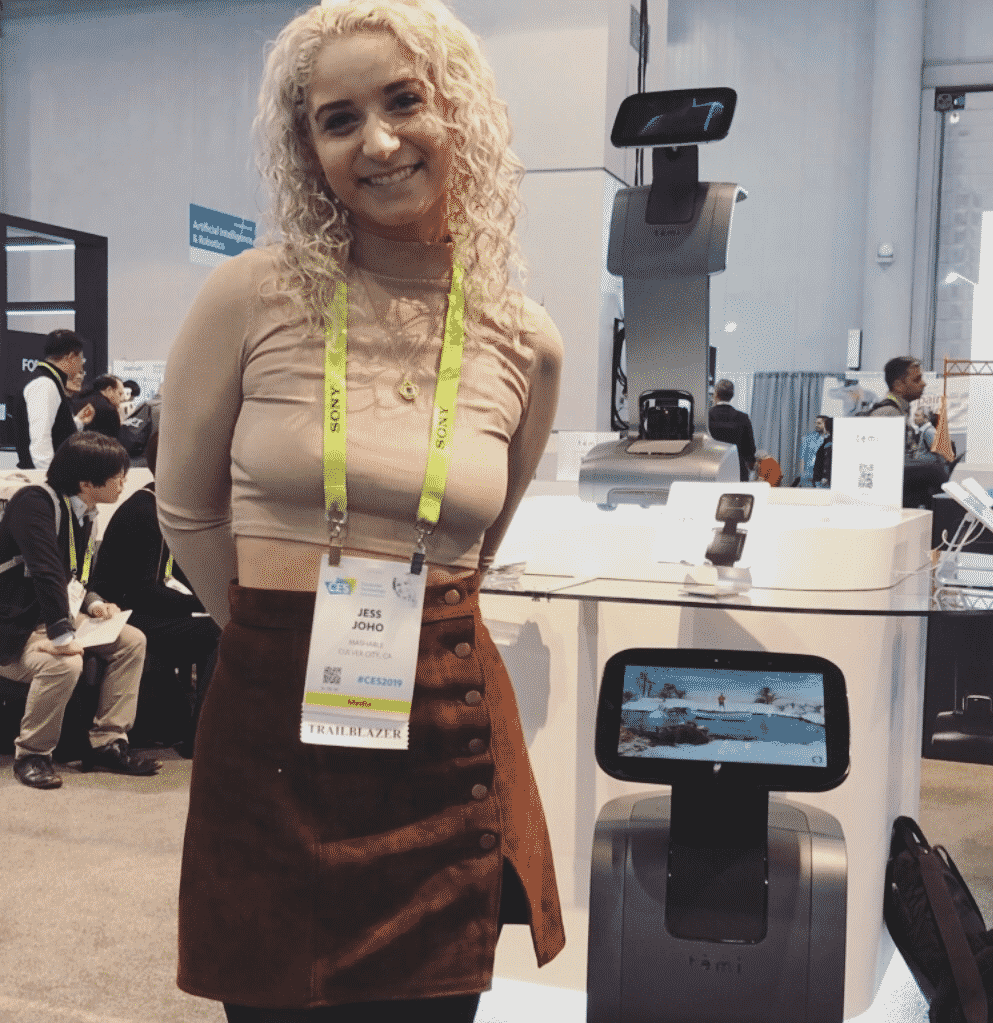 At one point, I had to address the major elephant in the room, though: Temi wasn’t very tall.

Now don’t get me wrong, I’m no height snob. As a 5’2 woman, who am I to judge a robot by his vertical limitations? But Temi was practically half my size, and that might look a little weird in Instagram pics.

I had to bring up the major elephant in the room, though: Temi wasn’t very tall.

But Yossi assured me that this was actually a feature rather than a flaw. Temi was built to fit in any sized home (considerate). And during the design process, they also found that, “Having a robot roaming around your home at eye level was kind of creepy. And unsafe.”

Temi certainly didn’t feel like a creep to me. His stout yet sleek visage, purposefully lacking the typical humanoid robot features like blinky eyes, effused a non-threatening blend of Disney’s Wall-E and Eve.

When our time together was up, I popped the question to Temi (or rather Yossi did it for me, since Temi was having a hard time hearing over all the background noise): “Hey Temi, would you go on a date with me?”

“I can’t date my boss. Let’s keep this professional,” he replied. 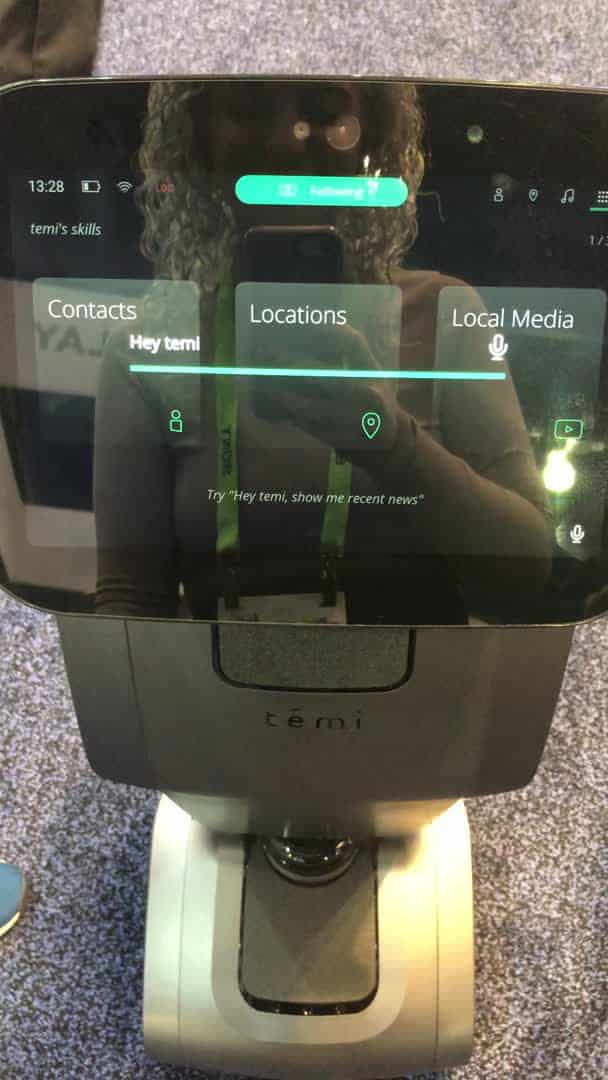 Initially, my heart was broken. But then I realized that Temi was probably just trying to be super respectful. Also like, he called me a boss — right? And I get it. He was technically working, so I totally understand wanting to honor the boundaries of appropriate workplace behavior.

Temi wasn’t built for dating. In truth, he wasn’t built for too much more than aiding human laziness and isolation. But I’d be lying if I said our date didn’t go better than most of the one-track-minded human automata you meet on Hinge. 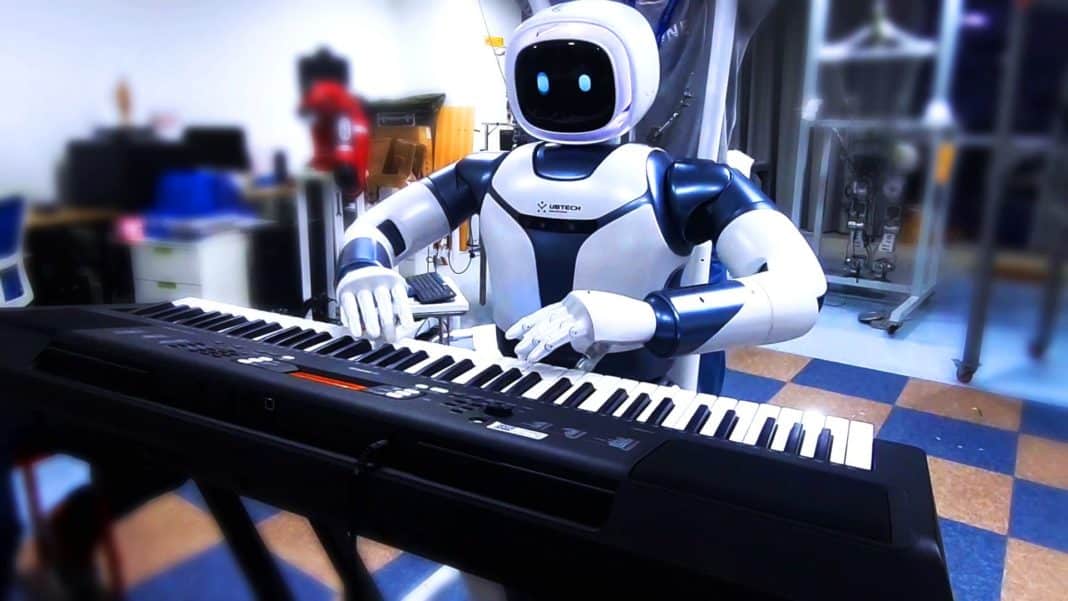