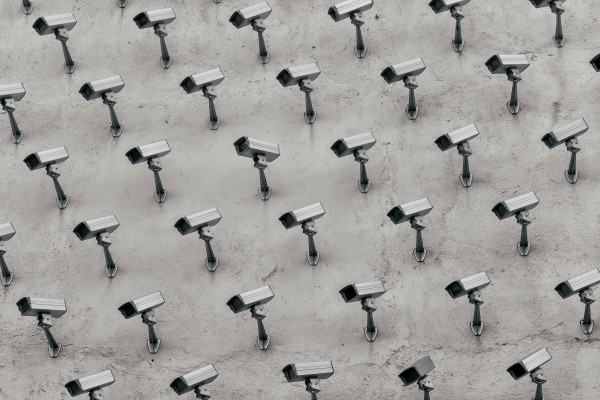 Albert Gidari is the Consulting Director of Privacy at the Stanford Center for Internet and Society. He was a partner for over 20 years at Perkins Coie LLP, achieving a top-ranking in privacy law by Chambers, before retiring to consult with CIS on its privacy program. He negotiated the first-ever “privacy by design” consent decree with the Federal Trade Commission. A recognized expert on electronic surveillance law, he brought the first public lawsuit before the Foreign Intelligence Surveillance Court, seeking the right of providers to disclose the volume of national security demands received and the number of affected user accounts, ultimately resulting in greater public disclosure of such requests.

There is no doubt that the privacy environment changed in 2018 with the passage of California’s Consumer Privacy Act (CCPA), implementation of the European Union’s General Data Protection Regulation (GDPR), and new privacy laws enacted around the globe.

“While privacy regulation seeks to make tech companies betters stewards of the data they collect and their practices more transparent, in the end, it is a deception to think that users will have more “privacy.””

For one thing, large tech companies have grown huge privacy compliance organizations to meet their new regulatory obligations. For another, the major platforms now are lobbying for passage of a federal privacy law in the U.S. This is not surprising after a year of privacy miscues, breaches and negative privacy news. But does all of this mean a fundamental change is in store for privacy? I think not.

The fundamental model sustaining the Internet is based upon the exchange of user data for free service. As long as advertising dollars drive the growth of the Internet, regulation simply will tinker around the edges, setting sideboards to dictate the terms of the exchange. The tech companies may be more accountable for how they handle data and to whom they disclose it, but the fact is that data will continue to be collected from all manner of people, places and things.

While privacy regulation seeks to make tech companies betters stewards of the data they collect and their practices more transparent, in the end, it is a deception to think that users will have more “privacy.” No one even knows what “more privacy” means. If it means that users will have more control over the data they share, that is laudable but not achievable in a world where people have no idea how many times or with whom they have shared their information already. Can you name all the places over your lifetime where you provided your SSN and other identifying information? And given that the largest data collector (and likely least secure) is government, what does control really mean?

All this is not to say that privacy regulation is futile. But it is to recognize that nothing proposed today will result in a fundamental shift in privacy policy or provide a panacea of consumer protection. Better privacy hygiene and more accountability on the part of tech companies is a good thing, but it doesn’t solve the privacy paradox that those same users who want more privacy broadly share their information with others who are less trustworthy on social media (ask Jeff Bezos), or that the government hoovers up data at rate that makes tech companies look like pikers (visit a smart city near you).

Many years ago, I used to practice environmental law. I watched companies strive to comply with new laws intended to control pollution by creating compliance infrastructures and teams aimed at preventing, detecting and deterring violations. Today, I see the same thing at the large tech companies – hundreds of employees have been hired to do “privacy” compliance. The language is the same too: cradle to grave privacy documentation of data flows for a product or service; audits and assessments of privacy practices; data mapping; sustainable privacy practices. In short, privacy has become corporatized and industrialized.

True, we have cleaner air and cleaner water as a result of environmental law, but we also have made it lawful and built businesses around acceptable levels of pollution. Companies still lawfully dump arsenic in the water and belch volatile organic compounds in the air. And we still get environmental catastrophes. So don’t expect today’s “Clean Privacy Law” to eliminate data breaches or profiling or abuses.

The privacy world is complicated and few people truly understand the number and variety of companies involved in data collection and processing, and none of them are in Congress. The power to fundamentally change the privacy equation is in the hands of the people who use the technology (or choose not to) and in the hands of those who design it, and maybe that’s where it should be.

Gabriel Weinberg is the Founder and CEO of privacy-focused search engine DuckDuckGo.

Coming into 2019, interest in privacy solutions is truly mainstream. There are signs of this everywhere (media, politics, books, etc.) and also in DuckDuckGo’s growth, which has never been faster. With solid majorities now seeking out private alternatives and other ways to be tracked less online, we expect governments to continue to step up their regulatory scrutiny and for privacy companies like DuckDuckGo to continue to help more people take back their privacy.

“Consumers don’t necessarily feel they have anything to hide – but they just don’t want corporations to profit off their personal information, or be manipulated, or unfairly treated through misuse of that information.”

We’re also seeing companies take action beyond mere regulatory compliance, reflecting this new majority will of the people and its tangible effect on the market. Just this month we’ve seen Apple’s Tim Cook call for stronger privacy regulation and the New York Times report strong ad revenue in Europe after stopping the use of ad exchanges and behavioral targeting.

At its core, this groundswell is driven by the negative effects that stem from the surveillance business model. The percentage of people who have noticed ads following them around the Internet, or who have had their data exposed in a breach, or who have had a family member or friend experience some kind of credit card fraud or identity theft issue, reached a boiling point in 2018. On top of that, people learned of the extent to which the big platforms like Google and Facebook that collect the most data are used to propagate misinformation, discrimination, and polarization. Consumers don’t necessarily feel they have anything to hide – but they just don’t want corporations to profit off their personal information, or be manipulated, or unfairly treated through misuse of that information. Fortunately, there are alternatives to the surveillance business model and more companies are setting a new standard of trust online by showcasing alternative models.