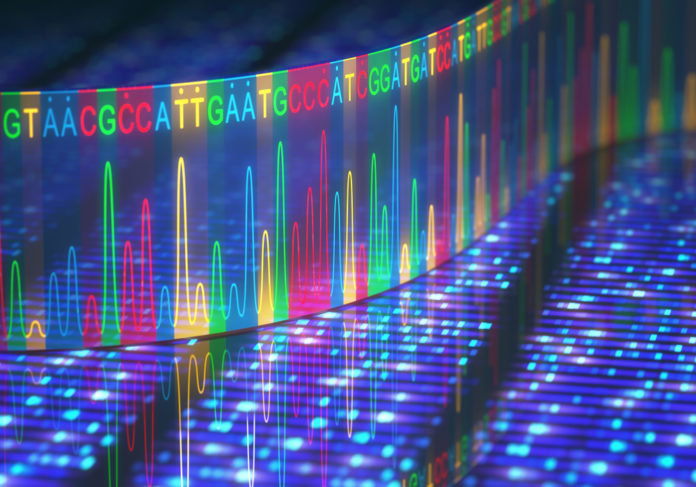 When it comes to evolution in humans, there are two main things making it happen, at least on the genetic level: The recombination of genes that happens when our parents’ chromosomes pair up and the random mutations that inevitably result.

A new high-resolution map of the human genome is providing scientists with their most detailed look yet at the dual roles those processes play in creating each person’s unique genome. It’s also revealing that mutations in some places are more likely than others, indicating, the researchers say, that they might not be as random as we think.

“The classic premise of evolution is that it is powered first by random genetic change,” Kari Stefansson, a neurologist at deCODE Genetics, a genomics research company based in Reykjavik, Iceland and a subsidiary of U.S.-based Amgen, who led the new research, said in a statement. “What we see here is that the genome is an engine for generating diversity within certain bounds.”

Stefansson and colleagues investigated two genetic mechanisms that serve to make individuals unique from each other. The first we inherit from our parents. When eggs and sperm form, the genetic material they contain undergoes a fairly major rearrangement. The threads of DNA break so that chromosomes from each parent can meet up. The process, called recombination, shuffles genetic material so that offspring do not receive the exact same copy of each chromosome its parents have, but a slightly different one. During this process, things can occasionally go wrong, creating totally new genes that neither parent had. These are mutations, and while they’re normally bad, it’s also how new traits get added in to a population.

The researchers examined whole-genome sequencing data and individual genetic variations in 150,000 Icelanders to find more than 4.5 million recombinations and 200,000 de novo mutations. The extensive interrogation allowed the researchers to refine the human genomic map to a resolution four times better than the previous one.

The analysis revealed that most chromosome rearrangements happen at genomic “hotspots,” which cover less than 2 percent of the genome, the scientists report today in the journal Science. The team also discovered that mutations, usually thought to happen at random, are linked to these recombination sites.

“De novo mutations are more than fifty times more likely at recombination sites than elsewhere in the genome,” Stefansson said.

The researchers also found that women contribute more to recombination and men to these random mutations.

The researchers identified 35 places in the genome that affect the rate or location of recombination events, and thus mutations. This is an indication that our bodies may have evolved to gain some control over what kind of mutations happen in our bodies. That may favor mutations to more desirable traits, or de-emphasize ones that might be more dangerous.

GizmoCrazed - April 30, 2019 0
SpaceX has received Federal Communications Commission approval to halve the orbital altitude of more than 1,500 planned broadband satellites in order to lower the...

Top 10 Interesting Facts You Might Not Know About eBay