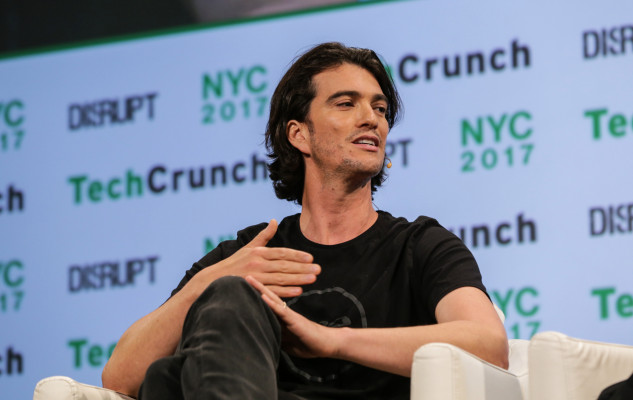 Several weeks after it was reported by the WSJ that two of the biggest investors in SoftBank’s massive Vision Fund vehicle were cool on its planned $16 billion investment in the coworking company WeWork, those plans have changed radically, says the Financial Times.

According to its sources — and confirmed by our own — SoftBank is now in “detailed negotiations” to invest a comparatively modest $2 billion more into WeWork, plans that could be firmed up as soon as the end of this week.

A WeWork spokesperson at the company’s New York headquarters declined to comment.

The development is both surprising and unsurprising. The government-backed funds of Saudi Arabia and Abu Dhabi, which committed $45 billion and $15 billion, respectively, to the Vision Fund, haven’t been been known before to push back against the person pulling its levers, SoftBank CEO Masayoshi Son.

Indeed, given the vast sums of money that the Vision Fund has put to work since being announced in late 2016, it seemed there were few if any checks on Son or the 80-plus people who work for the Vision Fund.

Just some of its many bold bets include, most recently, a $500 million investment in Cambridge Mobile Telematics, an eight-year-old, Boston-area company that previously raised just one round of funding of less than $20 million to build out its technology. The Vision Fund also recently led a $400 million round into Emeryville, Ca.-based Zymergen, which manufacturers molecules for a wide array of industries and already counted SoftBank as an investor.

Still, according to that Journal piece, the two anchor investors were less enthusiastic about a giant new investment in nearly nine-year-old WeWork for numerous reasons, including that they see WeWork as a real estate play and both already have plenty of real estate in their portfolios; that WeWork CEO Adam Neumann would still control the company even while SoftBank was looking to acquire a majority stake; and because SoftBank has already committed $8 billion into WeWork in recent years, including through an agreement last year to invest a fresh $4 billion into the company via a convertible note and a $3 billion warrant that gave it the right to buy additional equity in WeWork.

As it stands, including the $2 billion that WeWork looks to receive from SoftBank imminently, SoftBank will have sunk $10 billion into the company. Perhaps it’s no wonder that the newest $2 billion is not coming from the Vision Fund but from SoftBank directly. (Son sometimes invests off SoftBank’s balance sheet directly, for expediency’s sake and, presumably, in a case such as this one, when there may be pushback from Vision Fund investors.)

Either way, $2 billion more from SoftBank is “hardly a stinging rebuke” of WeWork or its business model, says one person familiar with SoftBank’s thinking. This same source also notes that the $16 billion figure bandied about late last year was “never a lock. There were always numerous options on the table.”

Whether SoftBank regrets what remains a huge bet can only be known in time. A shifting public market certainly seems like reason for worry, given that unprofitable WeWork relies increasingly on freely spending corporate customers for its revenue, including both companies that install their employees at WeWork’s coworking spaces, and those that license the company’s technology and aesthetic to WeWork-ify their own offices.

Unsurprisingly, Neumann, when asked how WeWork would fare in a downturn, told us at a Disrupt event in 2017 that it was positioned perfectly. “Business is a flexible thing,” he’d said at the time. “Space is fixed. Being able to give people that flexibility if a recession comes or when a recession comes is actually going to be a very needed product.”

According to the FT, SoftBank’s earlier plans for WeWork included SoftBank and the Vision Fund paying $10 billion to buy out all outside investors in WeWork. A further $6 billion would have been injected directly into the company, including a $2 billion commitment this year, and a commitment to invest a further $4 billion based on agreed-up performance targets for WeWork in 2020 and 2021.

Our sources say that, as of this writing, the $2 billion being discussed will be split evenly to purchase both primary and secondary shares from earlier investors. We’re also told that the company’s post-money valuation, assuming this newest deal is completed, will be $47 billion, a total that includes $1 billion that Softbank invested in WeWork last year via that convertible note and the $3 billion more than the SoftBank committed last year to invest in the company this year.

WeWork’s losses in the first nine months of 2018 nearly quadrupled from a year earlier to $1.2 billion, says the FT, which says it viewed an investor presentation. The company’s sales meanwhile hit $1.5 billion during the same period.